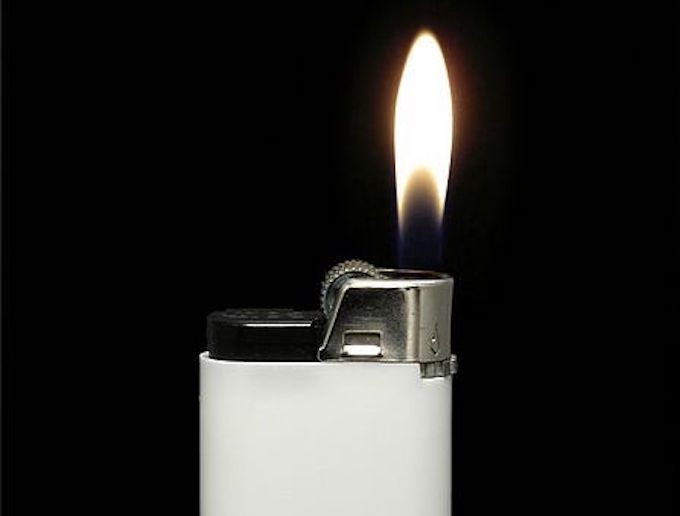 Was a white lighter to blame for the deaths of Jimi Hendrix and Janis Joplin? Kimmo Palosaari / Public Domain

There are all sorts of luck-related legends surrounding smoking. Some people turn one cigarette upside down in each new pack they buy, making it “lucky.” Others believe that lighting three or more cigarettes on the same match will bring on bad luck. And then there’s the notion that using a white lighter is supremely unlucky, a superstition that has managed to thrive among smokers of all kinds despite being, well, pretty silly.

Even today, it’s not uncommon to encounter smokers who not only won’t purchase white lighters, but won’t use them to light things even if they belong to someone else. Some people don’t even like being in the room when one is being used. But how did this legend get started in the first place?

The most common origin story behind this myth is actually tied up with another popular urban legend. The so-called “27 Club” includes young artists and musicians—Jim Morrison, Janis Joplin, and Jimi Hendrix—who all died at the age of 27. A number of superstitions revolve around the 27 Club, one of which being that those musicians, as well as a later addition to the club, Kurt Cobain, had white lighters on them when they died. They didn’t.

As told in a comprehensive debunking of the white lighter/27 Club legend on Snopes, the main reason this legend doesn’t hold water is that white disposable lighters largely didn’t exist at the time of Hendrix, Joplin, and Morrison’s deaths. While disposable lighters weren’t unheard of, the lighter the legend is most associated with, the white Bic lighter, would not even be released until 1973. The Snopes article goes on to note that other than references to the myth itself, there is no mention anywhere of white lighters being present when these musicians died. In the case of Cobain, whose death was accompanied by a number of released photos from the scene, there were a couple of lighters, but neither of them was white.

“The people in the 27 Club certainly accelerated their own demise by their excesses, but as Aristotle said is necessary for any tragedy, the punishment is out of all proportion to the wrongdoing (if any),” says Dr. Adam Davis of the Missouri Folklore Society, who, despite never having heard of it before himself, looked into the white lighter legend at Atlas Obscura’s request. “So at the core of the folk-belief, attached to furtive and not altogether wholesome pleasure, is a hint of carpe diem.” In other words, the white lighter legend, just like that of the 27 Club, holds a sort of mystique that makes the taboo behavior of smoking more romantic.

Another, more banal origin to the myth goes that in the early days of Bic lighters, they only came in two colors, white and black, and that the white versions more clearly showed evidence of illicit use. So when marijuana smokers would use white lighters to pack down their bowls, the lighter would get stained with ash and resin, which the cops could then use to bust them. Thus the lighters became bad luck.

Problem is, Bic lighters seem to have come in more than just two colors even in their earliest days—certainly a yellow version, which closely resembled the color in the company’s classic logo, as seen in this 40th anniversary press release Bic put out in 2013.

Whether or not there is any truth to the folklore surrounding the white lighter is not really the point, of course, because to those who believe the legend, it simply is true. References to the myth can be found in weed forums across the internet, and some businesses, such as the marijuana-based subscription box service Pufferbox, avoid including them. “Smoking is ritualized behavior,” says Davis. “Ask somebody older about the prohibition against lighting ‘three on a match.’ Inexplicable prohibitions are part of the process by which we mark things as significant.”

In the end, if the accepted reasoning behind the white lighter legend is all folklore, why did white lighters get singled out at all? “Why white? Why not?” says Davis. “Same reason a white panel van without commercial markings draws grim jokes about serial killers—it’s a reminder that the ordinary, the innocuous, the unremarkable —these are the conduits and vectors of harm.”

It's more bizarre than the urban legends.
temples

Trade wars, papal rebellion, or salty hams. Why does central Italian bread have no salt?
infrastructure

Archaeologists recently dug it up—but now they're putting an end to its brief affair with open air.
Video