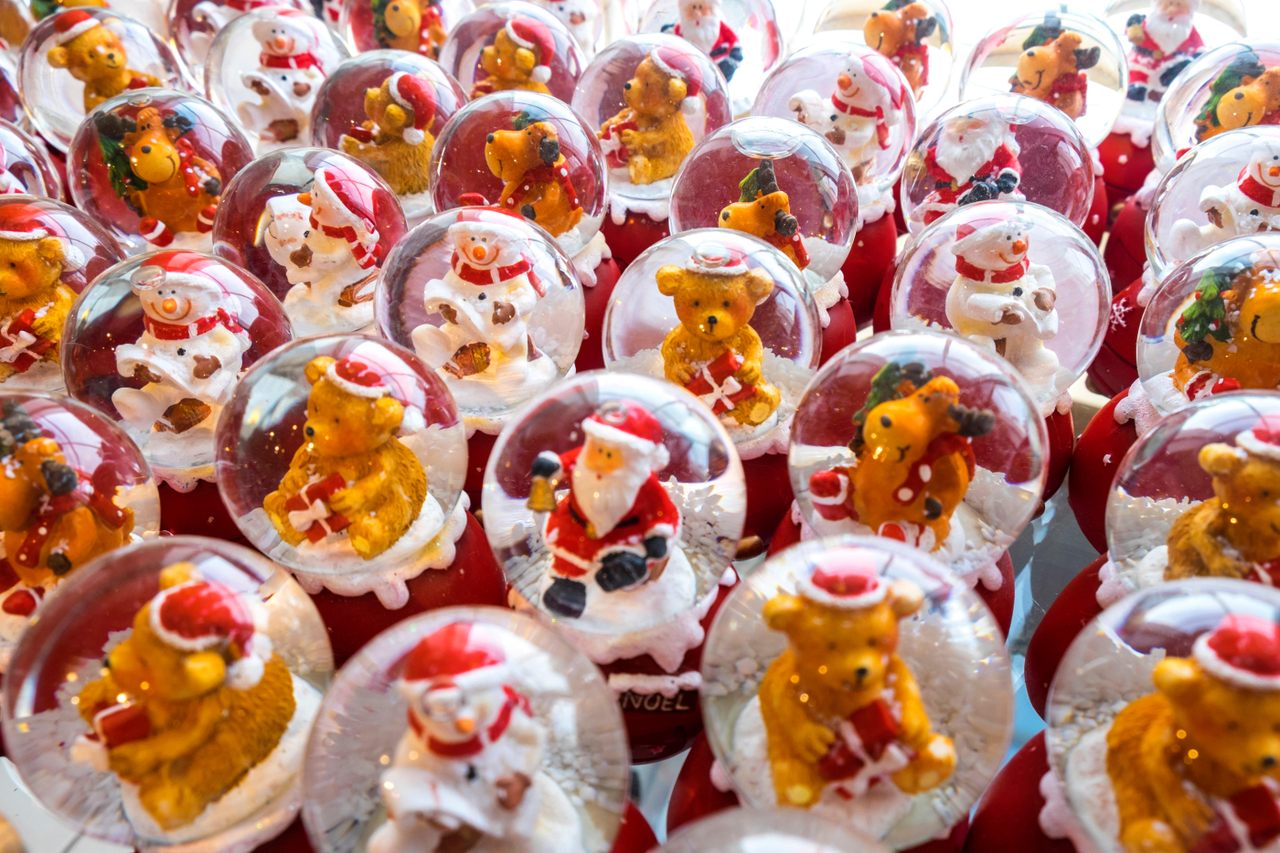 As the classic film Citizen Kane opens, Charles Foster Kane lies in bed, alone in the dark clutching a snow globe. Inside the globe is a wooden cabin covered in white. After a minute, Kane whispers one of the most famous lines in film history—just one word—“Rosebud.” His hand goes limp, and the glass globe falls to the floor and shatters. It’s an iconic image—but it is one with some mystery. No one knows for sure who made Kane’s snow globe. In the absence of certainty, credit has been given to the Original Snow Globe Factory and the family who gave the world these wintery miniatures.

The story begins around 1900 when Erwin Perzy, a surgical instrument maker in Vienna, Austria, received a request from a doctor for a lightbulb that produced the bright illumination needed for surgery. At first, Perzy thought he could solve the problem with a shoemakers’ lamp, a glass globe filled with water that, when placed in front of the lightbulb, amplified and focused the light on the work area. While helpful, the light was too focused on one small spot and thus, not practical for surgery.

Perzy continued to experiment with ways to both amplify and spread the light by inserting metal flakes into the globe, but they quickly sank to the bottom. Perzy thought they looked a bit like falling snow. Inspired by that image, he tried filling the globe with semolina and, when he shook the globe, he saw the beauty of winter in Vienna. The snow globe—and Original Snow Globe Factory—was born.

The first snow globe Perzy sold held a tiny tin sculpture of the basilica in Mariazell, Austria, which was located across from where Perzy’s friend owned a souvenir shop. The connection with Christmas came during World War II. By then, Erwin Perzy II was running the family businesses. He was also a bicycle and typewriter mechanic, and while working for U.S. troops, he was told Americans would love snow globes if there were something more familiar the basilica inside. “My father’s idea was to create something for Christmas, so he started working on three new designs—a Christmas tree, a Santa Claus, and a snowman,” says Erwin Perzy III, who, along with his daughter Sabine, owns the family business today.

The Original Snow Globe Company began exporting these holiday snow globes to the United States with great success, and Perzy III was sent to New York by his father to bring back new ideas for the company. While exhibiting at the New York Gift Show in the mid-1970s. he was encouraged to consider the Japanese market. The following year, he moved to Tokyo, but the country was slow to embrace the snow globe until the company received an order from Mitsubishi.

“This was a half-year’s production order!” Perzy III remembers. Mitsubishi wanted to sell their cars in Austria but the trade ministry would only agree to it if, in return, Japan bought a high volume of an Austrian product. “They put our snow globes in each little shop in Japan, so everybody in Japan knows our snow globes.”

Snow globes have evolved in the century or so since their invention. The Original Snow Globe Company still uses alpine water, but the snow is now a secret mix of plastic and other materials designed to flurry for up to two minutes before settling on the bottom. The figures inside the globes are created by injecting plastic into molds created by a 3D printer and, at least during the depths of the covid pandemic, the traditional Christmas scenes were replaced with toilet paper. After closing down production at the start of the pandemic, “I was sitting at home and I didn’t know what the future would bring,” Perzy III recalls.” I read that people were buying toilet paper like crazy.” With little else to do, he sketched a snowman surrounded by toilet paper and sent it to his daughter. She suggested he create a globe with just a simple roll of toilet paper and, within minutes, their website crashed from all of the orders, with around 17,000 sold so far.

But did the company produce the world’s best-known snow globe?

In the 1980s a journalist approached Erwin Perzy III telling him that it was a Perzy snow globe in Citizen Kane, though no records can be found confirming the original manufacturer. Perzy III searched unsuccessfully for the mold his grandfather might have used. “I think my grandfather never made a mold for it because it was just a single snow globe. He just created the piece,” he says. So Perzy III created his own replica with a brown, snow-covered cabin and golden light shining through the window. While displaying it at a tradeshow in New York in the 1980s, a man working for Warner Brothers approached asking if he could make this snow globe in black and white. “When I asked him why, he explained that nobody had seen this snow globe in color because it’s a black-and-white movie,” he says. “We got a very good order from Warner Brothers.”

Film critics have argued that the snow globe in Citizen Kane reminded the main character of a quiet time spent sledding near his mother’s wooden boarding house, and that spirit of peace is in keeping with his family’s philosophy, Perzy III says. “It’s a separate world inside the snow globe. It’s an escape.”

Heikki Lunta even has his own song.
nature

How the once-ubiquitous convenience became a rare museum piece.
Video • Object of Intrigue