To Work Out Like a Victorian Woman, Grab a Corset—and Don't Break a Sweat - Atlas Obscura
Want to see fewer ads? Become a Member. 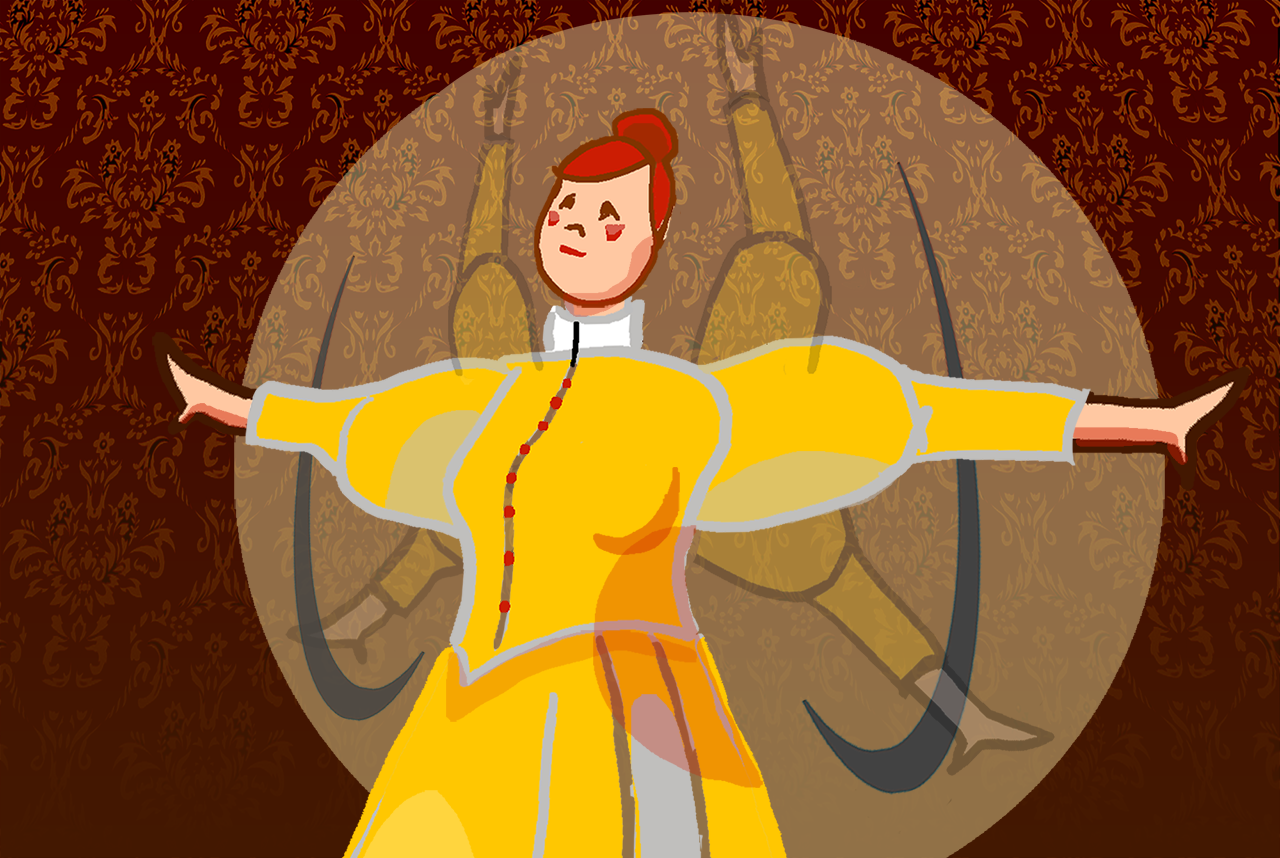 It was all about subtle movements—and prim, proper dress. Tobes Studio for Atlas Obscura

Women who wanted to be fit in 19th-century Britain had their work cut out for them. Not only did they do cardio routines in the confines of their homes; they had to deal with an entrenched patriarchal society that sought to control their bodies.

Literature on women’s exercise at the time was written almost entirely by men, and women were expected to work out in the outfits du jour—literally, dresses. Many of the exercises were therefore constrained, suited for those with carefully crafted tresses on their heads and corsets around their waists.

“The[se exercises] are strongly recommended … for obviating such defects of figure as are occasioned by confinement within doors,” wrote Signor G.P. Voarino in his 1827 Treatise on Calisthenic Exercises, noting that by virtue of their roles in society, young women are “unrelieved by proportionate and judicious relaxation.”

In the Victorian era, calisthenics didn’t mean sit-ups. It meant a lot of careful limb movement, focusing less on building muscle or breaking a sweat and more on just making sure individuals were moving around (slightly).

Exercises detailed in Voarino’s book included skipping, walking in patterns, and focusing on balance, and often involved a cane as a prop in calisthenic work.

The women’s rights movement was in its infancy when Queen Victoria ascended the throne in 1837. Just five years earlier, the first petition for suffrage was presented to Parliament. Alongside these initial moves toward greater self-sovereignty were steps to improve women’s health, a major barrier to which was the concern that exercise was simply dangerous for females.

Some women did reform the systems outlined by men like Voarino (who, to his credit, was one of the more forward-thinking men of the day when it came to women’s bodies). Catherine Beecher (the sister of Harriet Beecher Stowe) campaigned schools to add calisthenic programs, and vehemently opposed the corset writ large, believing that it deformed women’s internal organs.

Indeed, Beecher wrote her own calisthenic manual, marketed to educators and families. She didn’t mince words either, noting in her preface that “[m]ost school-books on this subject are so encumbered with terms needed only by professional men, as to render them repulsive, and double the labor both of reading and study.”

Written about 30 years after Voarino’s, Beecher’s work is a bit more engaging, involving pliés, shoulder-whirling, and tossing weights to partners some 20 feet apart. Marching to music was common, and stretching was a regular feature.

Needless to say, it’s very possible to exercise at home today as a Victorian woman did. But on second thought, maybe skip the corset.

Brown Windsor soup was reportedly a favorite of the Queen. The only problem? It may not have existed.
music

In this town located 15 minutes outside of Fredericksburg, musical performances are hosted 363 days a year. Grab a beer and kick back under 300-year-old oak trees that have heard some of the best country musicians of all time.
Sponsored by Fredericksburg Convention and Visitor Bureau
victorian

School is always in session at the West Bay Common School Children’s Museum, where the 1898 Schoolhouse Session is designed to showcase a day in the life of a turn-of-the-century student.
Sponsored by Visit League City
islands

Our favorite history stories inspire your sense of wonder.
List