Join Atlas Obscura and Whitesbog Historic Village for an immersive experience in the storied landscape of the New Jersey Pine Barrens through film, music, and artwork in dialogue with the 3000-acre fallowed blueberry and cranberry farm, conceived and curated by filmmaker David Scott Kessler.

Contemporary and site-specific works on the grounds and in the gallery are viewable from 12pm on. The stage performances and screenings start at 5:00pm. Give yourself enough time to explore!

After the screening, keep the Pine Barrens spirit alive well into the night by camping with us at nearby Mt. Misery, where we will make a bonfire for more music and storytelling.

Laraaji & Arji OceAnada Laraaji is hailed as one of the forefathers of both ambient electronic and new age music and best known for his 1980 collaboration with Brian Eno, "Ambient 3: Day of Radiance."Born in 1943 as Edward Larry Gordon, Laraaji attended Howard University, studying piano and composition before working in New York as a stand-up comedian and actor. In the seventies, Laraaji began his lifelong study of Eastern Mysticism, was initiated as a swami, and merged music with spiritual practice. His music has been released on a number of music labels.

Arji "OceAnanda" Cakouros, is a Sound Healer, Musician, Usui Reiki Master, & Dreamwork Teacher with a private counseling/healing practice based in Niskayuna, NY. Since 2008, she has enjoyed the deep joy and honour of collaborating with Blissmate Sw.Laraaji NadaBrahmananda ...."LArAAji"... in many venues worldwide, offering Healing Sound events and Laughter Immersion experiences, as well as a great variety of musical performances in conjunction with other artists.

The Pine Barrens by David Scott Kessler with The Ruins of Friendship Orchestra will present the documentary with a live score. An epic tone-poem, where raging forest fires and crackling campfires generate rebirth of the physical ecology and the identity of the land and its inhabitants. The Pine Barrens is a celebration of nature and a portrait of a particular place, but one that casts doubt on its knowability, and our ability to discern reality from superstition. The film explores the symbiotic yet sometimes destructive relationship between man and nature. Through moments with individuals spanning several years, it reveals the influence of place on identity during a period of the gradual loss of both a way of life and of the environment that gave birth to it.

Since 2012, The Pine Barrens has been screened in evolving and increasingly complex iterations featuring a similarly changing and semi-improvisational score by The Ruins of Friendship Orchestra. The fusion of documented and live moments aims to reinforce the importance of experience while exploring one’s relationship to their environment.

Pine Barrens by Nancy Holt, a film from 1975, shown for the first time in the land that originally inspired it.

Holt is associated with earthworks or land art. Land art emerged in the 1960s, coinciding with a growing ecology movement in the United States, which asked people to become more aware of the negative impact they can have on the natural environment. Land art changed the way people thought of art; it took art out of the gallery or museum and into the natural landscape, the product of which were huge works engaging elements of the environment. - wikipedia

"Pine Barrens is concerned with evoking through film a barren wilderness in south-central New Jersey. The camera is always in motion — tracking, pivoting, and walking through the landscape. Though they are never seen in the film, the voices of the local people, the 'Pineys,' are heard relating their feelings about the land, their attitudes about city life, their myths of the area, etc. their voices and the music of 'Bill Patton's Pine Barrens Trio' add a psychological dimension to the landscape." — Nancy Holt

The Pine Barrens, once seen as uninhabitable, has been home to many. Believed to be unprofitable, it gave birth to iron and cranberry industries. Faced with development, it flourished into a UNESCO world heritage site. Perceived inhospitable, it sheltered people seeking refuge. These people told stories around campfires that are still shared today, such as that of the Jersey Devil. The Pine Barrens is a living landscape, full of contradictions, a million acres of remote and frequently burning forest within the nation's most densely populated state.

Past scorched pitch pine forests, nestled within Brendan Byrne State Park, is Whitesbog, the birthplace of the commercial blueberry industry. Situated among Whitesbog’s trails, bogs, forests, and farm structures, you will discover contemporary artworks that reflect on the role of the natural world in our modern lives. Then, in the village, enjoy an evening of traditional and experimental music and film. 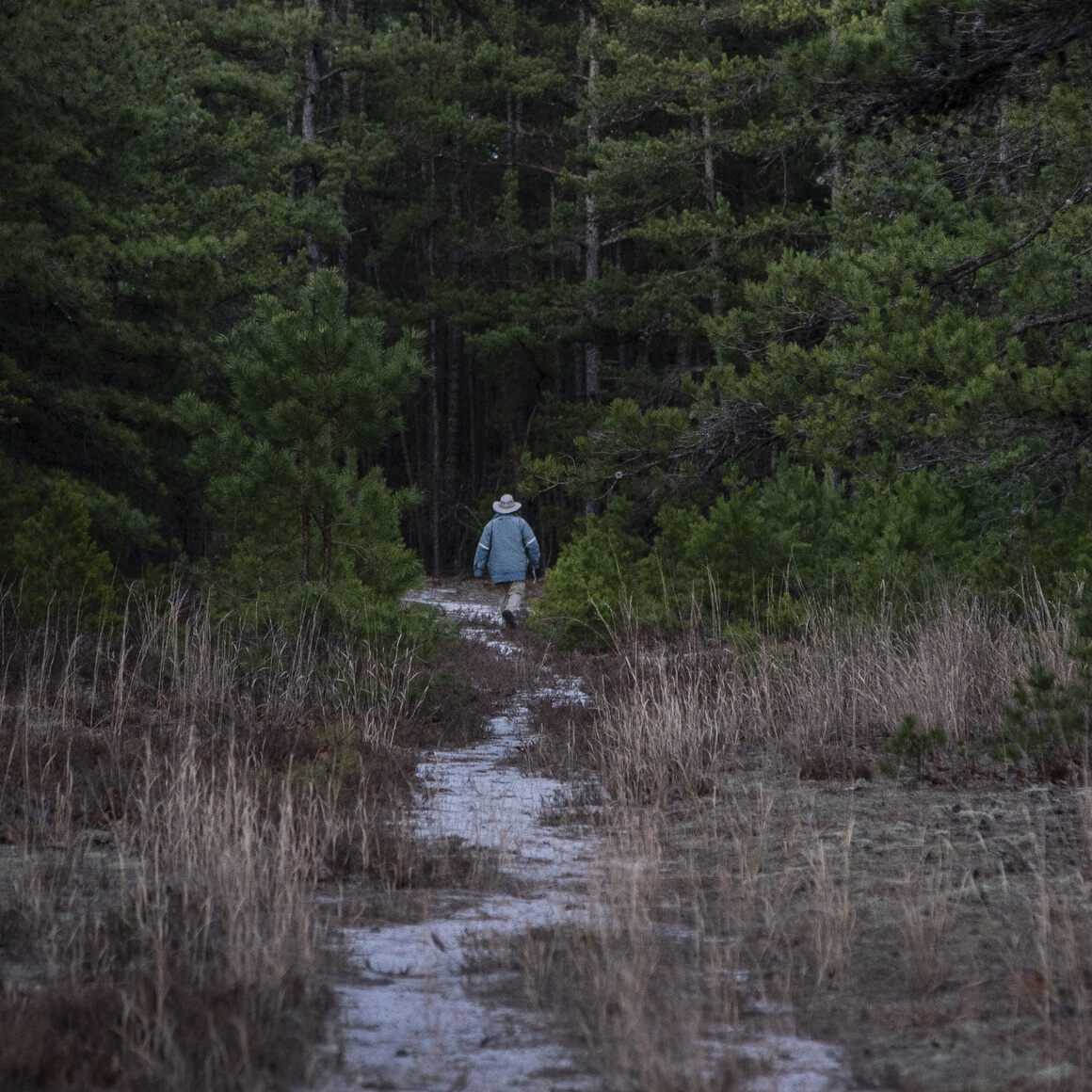 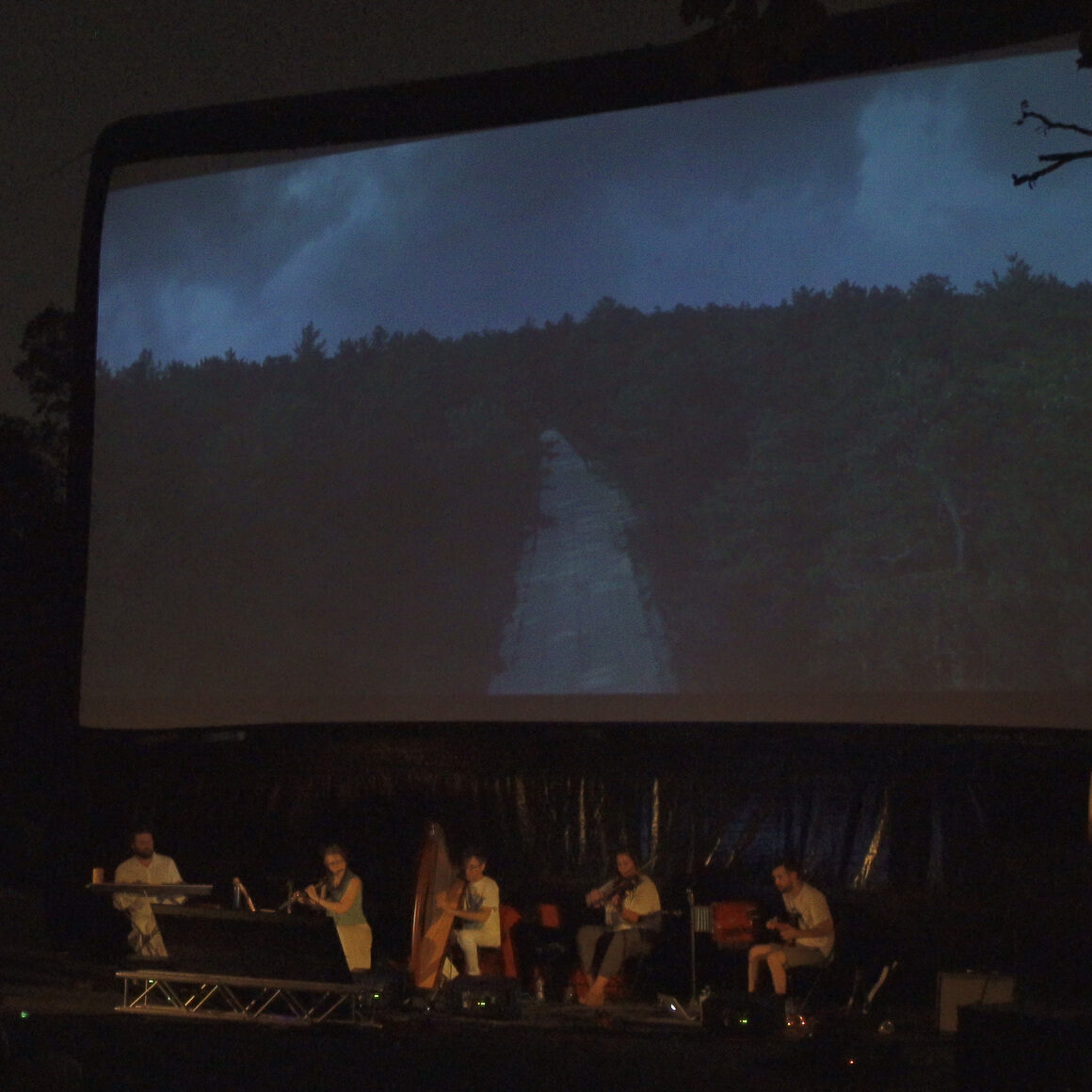 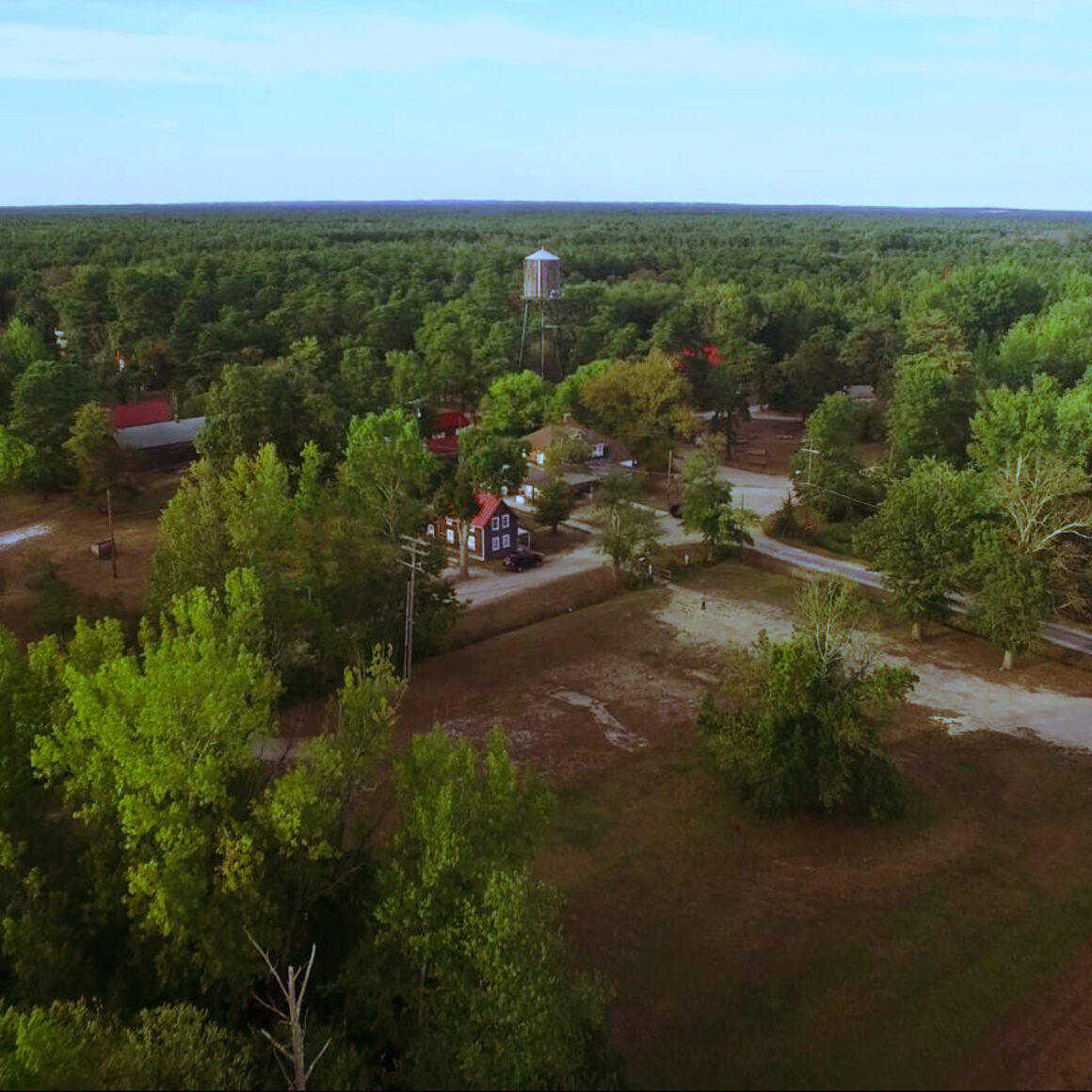 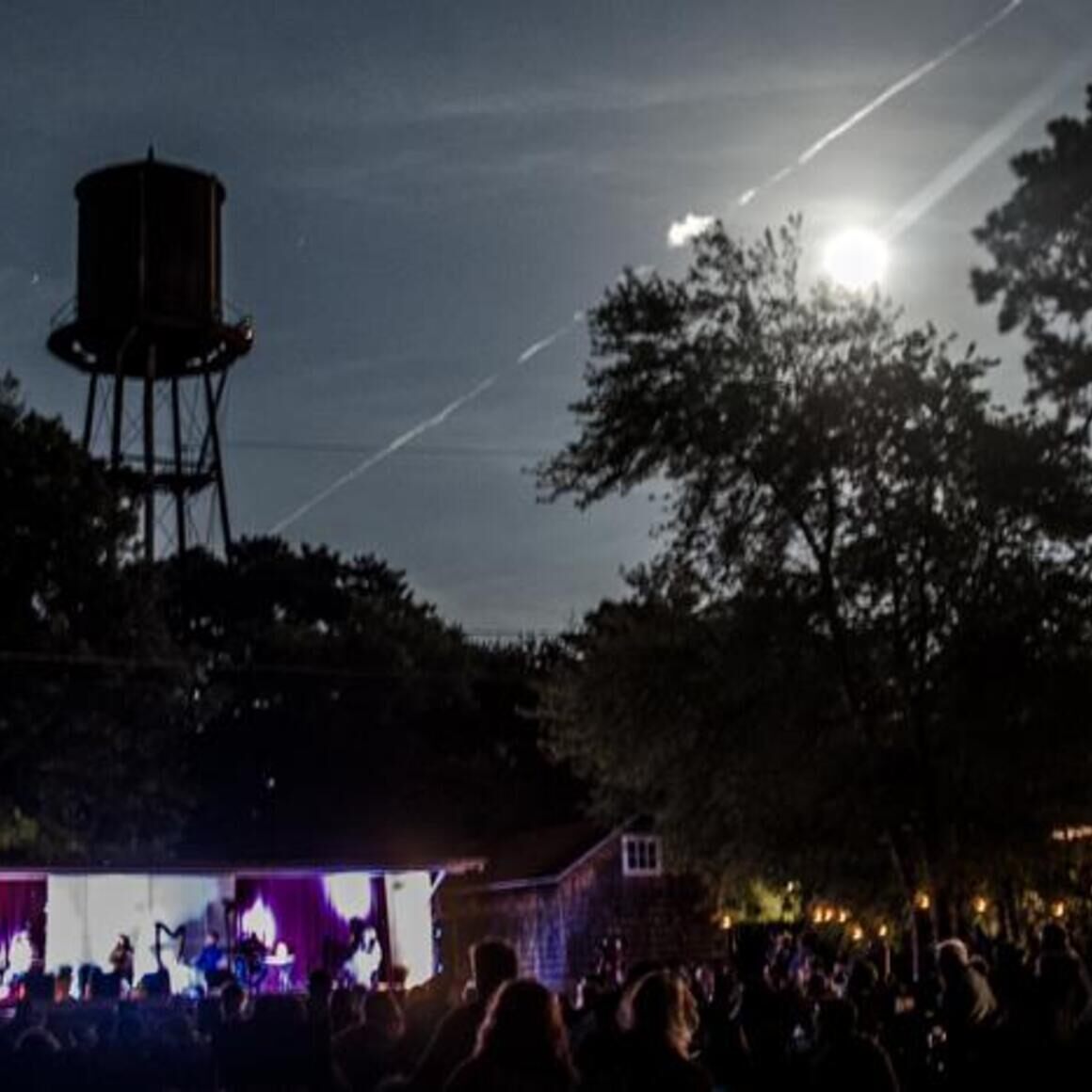 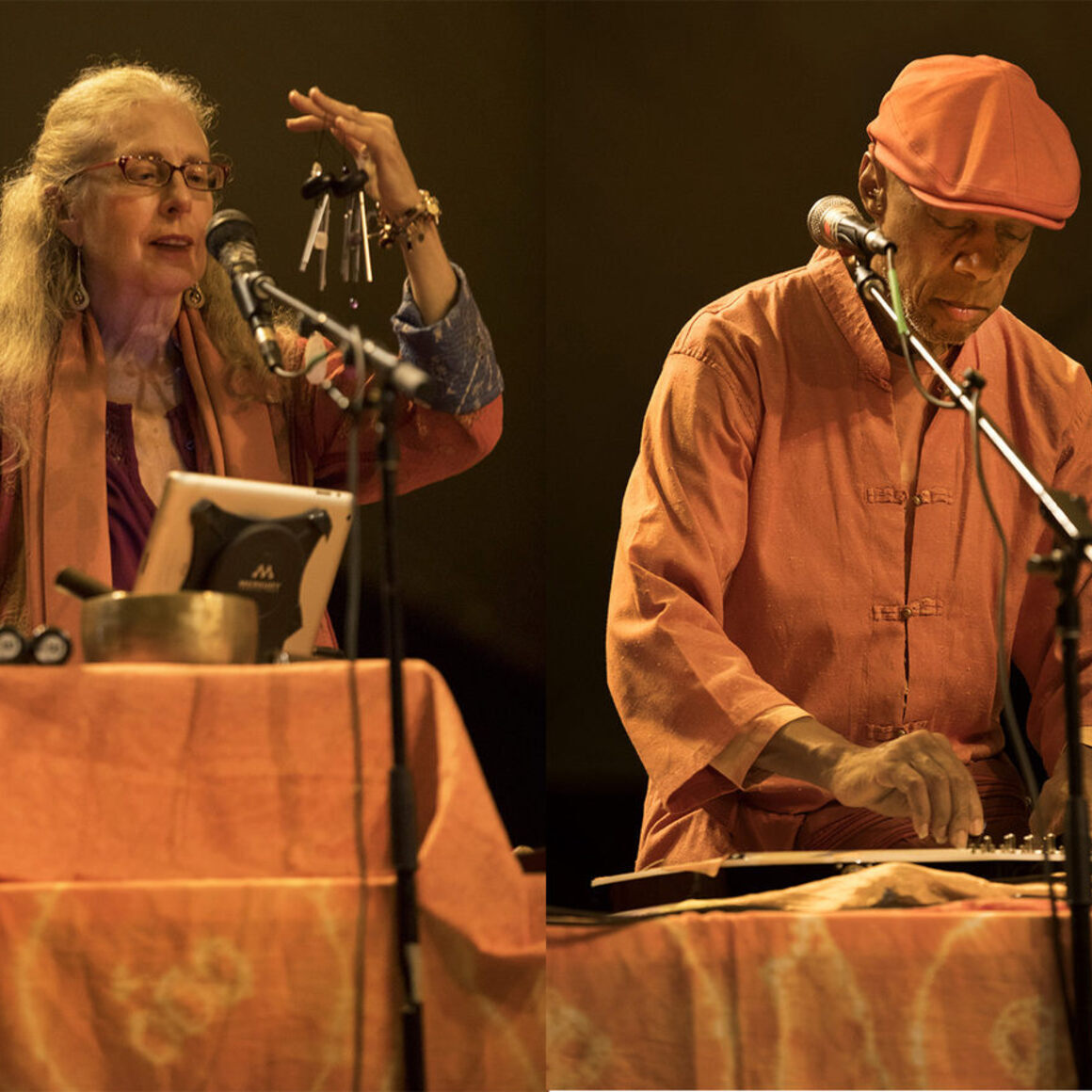 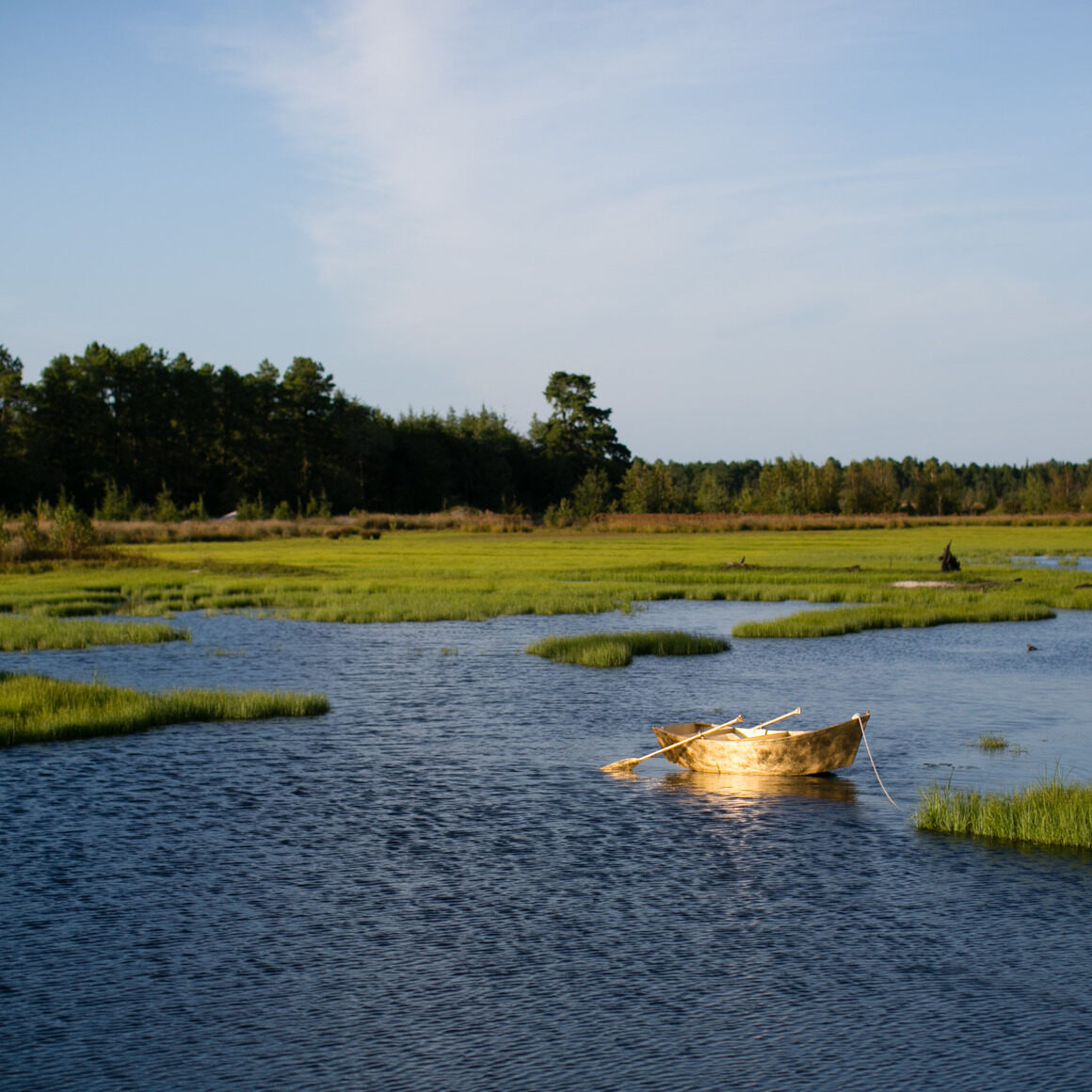 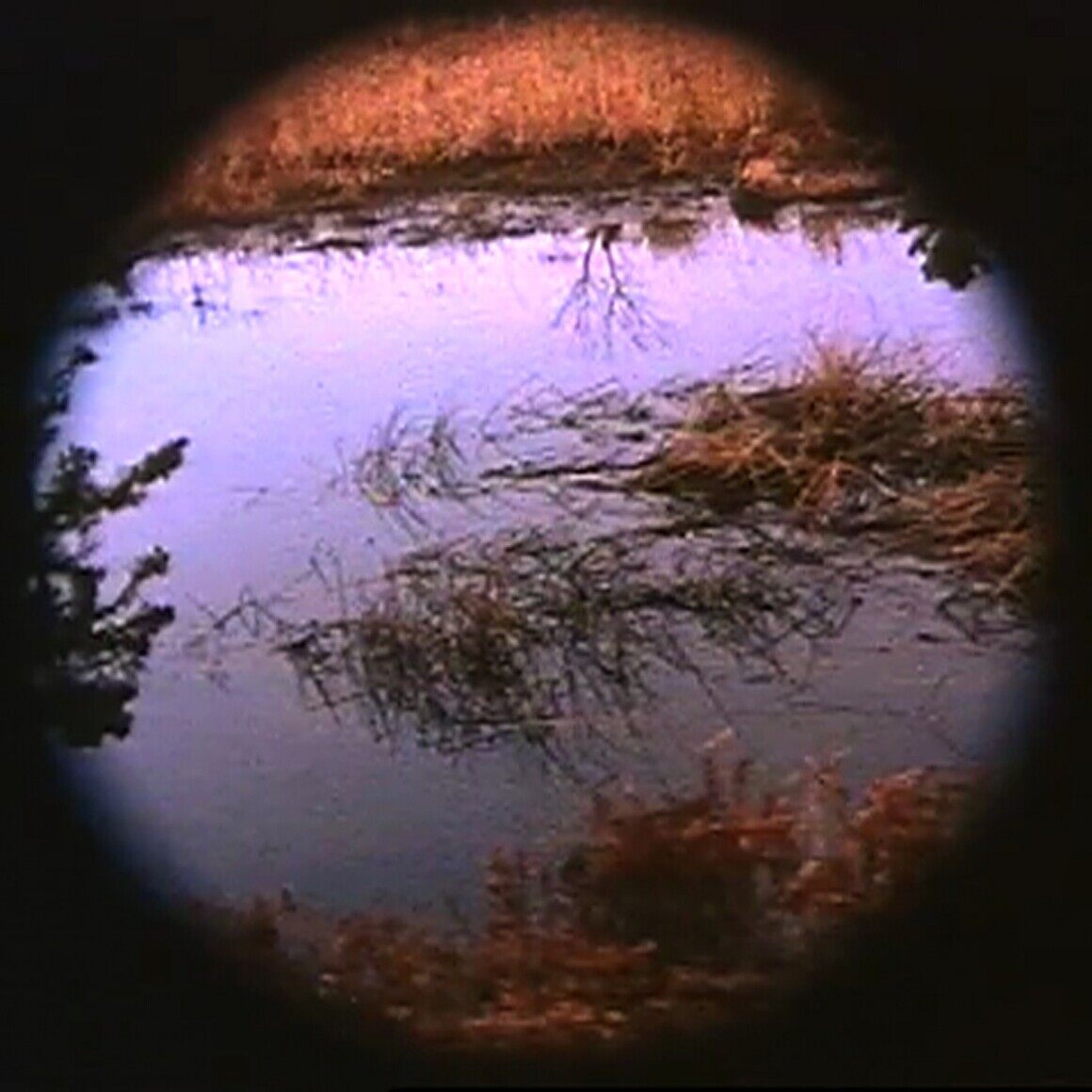 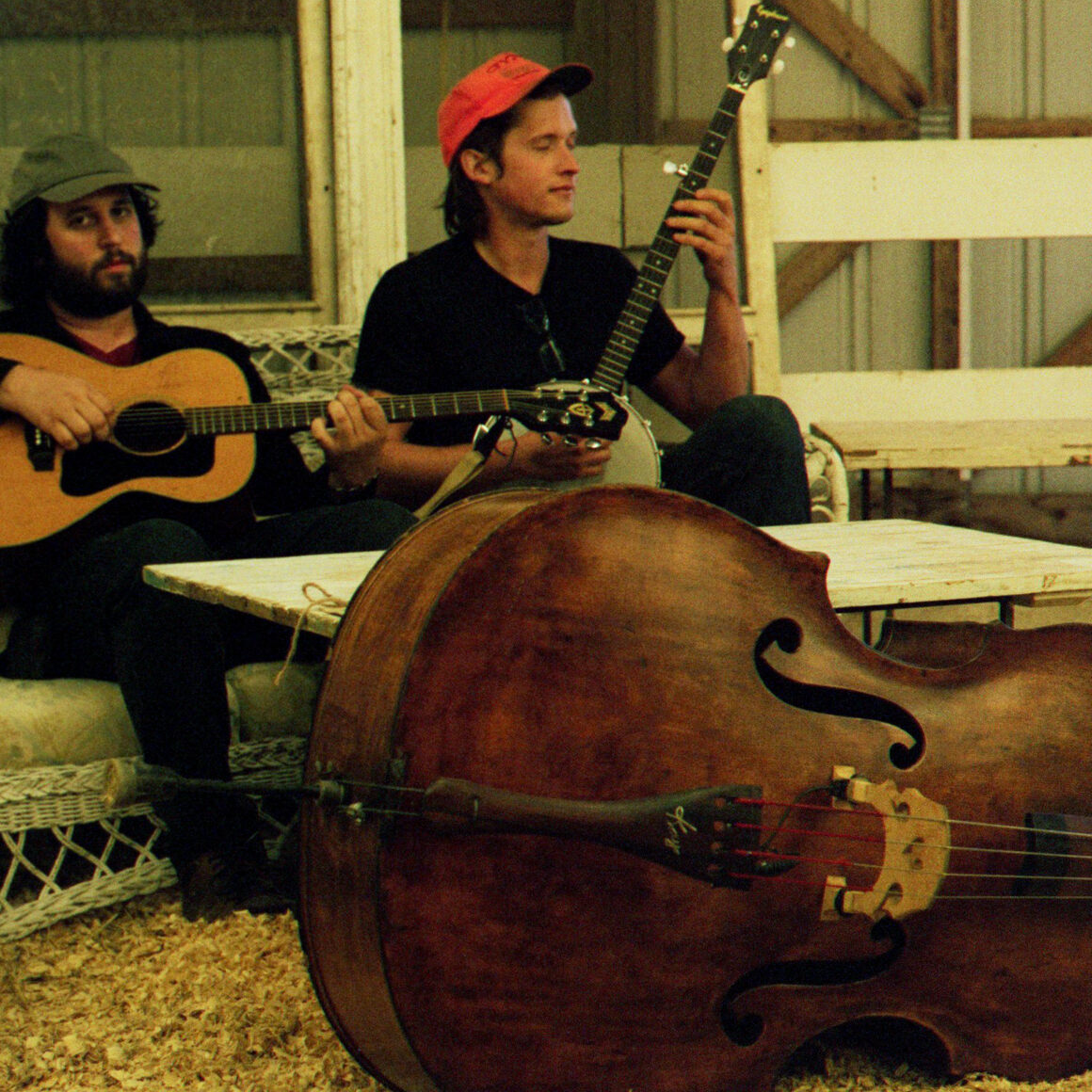 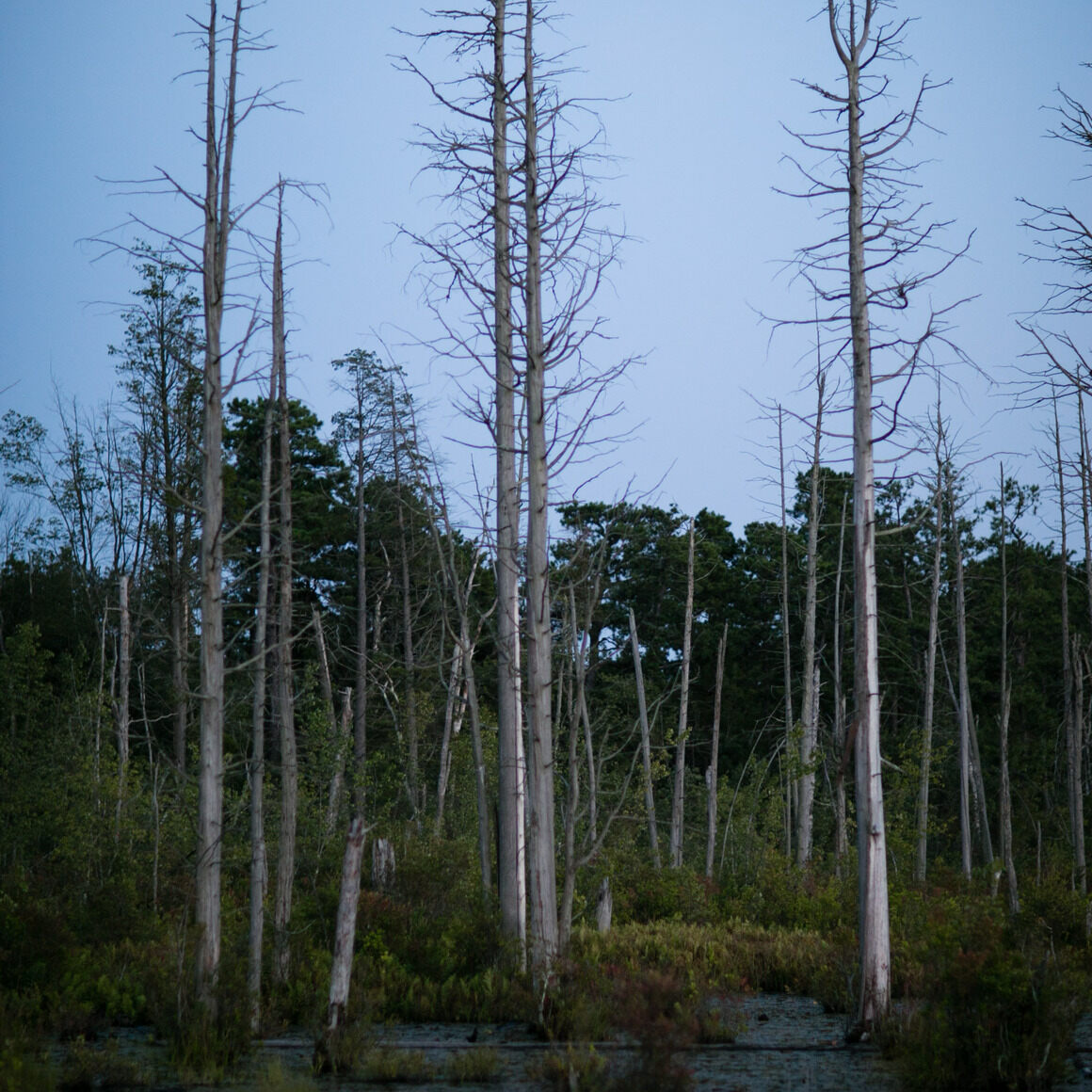 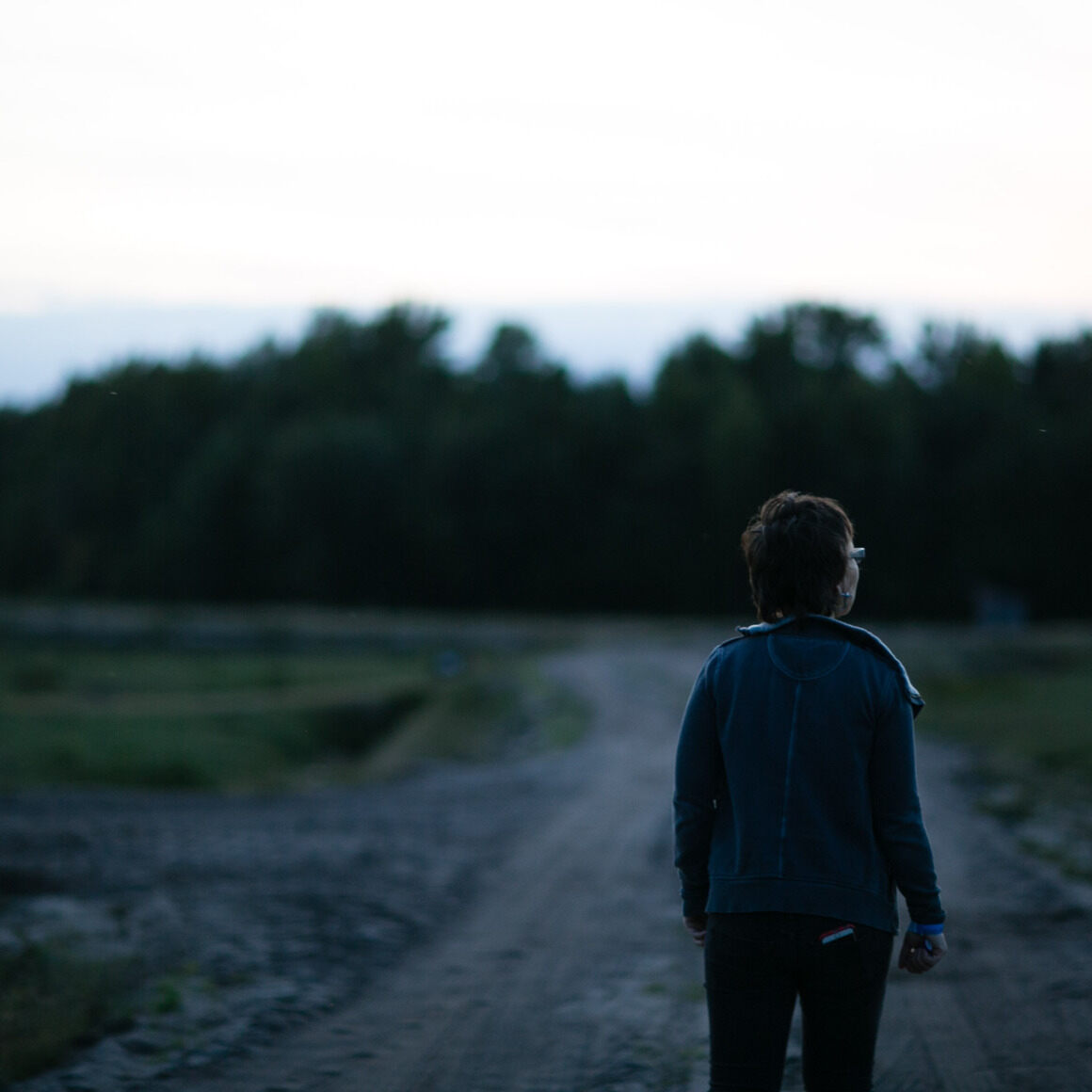 Photo Credit: Inna Spivakova.
What Else You Should Know

Limited number of 'Neighbor of the Pines' discount pricing: For the denizens of the Pine Barrens; Pineys, descendants of Leed’s devil, huckleberry pickers, snipe hunters -- or if you live in Atlantic, Burlington, Camden, Cape May, Cumberland, Gloucester and Ocean County. Limited number of tickets and verified on entry.

An email with updates and more details about the event will be sent a week prior.

There are 400 spots available on this experience.

If anyone requires additional accommodations, please contact us ahead of time.