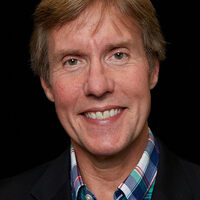 Dr. Chris Stout’s career includes business, government, and non-profits, as well as the UN and academia. He’s traveled the world, published over 35 books, won a wide range of accolades, including four additional doctorates (honoris causa), and invitations to TEDs, Davos, Renaissance Weekends… He’s is a licensed clinical psychologist and Founding Director of the Center for Global Initiatives, a Top Rated Healthcare Nonprofit. His entrepreneurial experience is demonstrated in multiple start-ups and serving as an advisory board member. He is on faculty in the University of Illinois College of Medicine. He served at the UN and was appointed by the Secretary of Commerce to the Baldrige Board of Examiners. He was appointed to the World Economic Forum's Global Leaders of Tomorrow and an Invited Faculty at Davos. He is the founder of GordianKnot, LLC, and is VP of Research and Data Analytics for ATI. Dr. Stout is a Fellow in the APA, past-President of the IPA, and is member in the National Academies of Practice. He is a best selling nonfiction author whose works have been translated into 8 languages. He has been awarded with 4 Humanitarian Awards and is in 3 Halls of Fame. He has served as C/E/O/I/Officer. He has traveled to over 90 countries and founded a kindergarten in Tanzania. He is listed in TED-Founder Richard Saul Wurman’s “Who’s Really Who, 1000: The Most Creative Individuals in America.” Purdue has named a scholarship in his honor. Dr. Stout was educated at Purdue, University of Chicago, and Forest Institute, gaining over 24 awards and 4 scholarships and was Valedictorian of his doctoral class. He was a Postdoctoral Fellow at Harvard Medical School. He has been awarded over 40 other postdoctoral awards. He has been interviewed on CNBC, CNN, NBC, PBS, NPR, Oprah, Time, Chicago Tribune, Wall Street Journal, New York Times, USA Today, and others. He's an amateur alpinist, ultra runner, and diver.
http://www.alifeinfull.org/podcast.html

Soviet Graffiti in the Reichstag

Hohenzollern Crypt in the Berlin Cathedral

Beneath the impressive baroque cathedral that rises from the center of Berlin lies the largest collection of Prussian royals in the world.
52.5192, 13.4011
Added by Lars of the Jungle
Berlin, Germany

The bunker where Hitler took his own life is hidden under this deliberately ordinary parking lot.
52.5126, 13.3808

Vestiges of the Berlin Wall

Memorial to the Murdered Jews of Europe

Thousands of coffin-like pillars make up this controversial Holocaust memorial.
52.5139, 13.3789

A tour of underground Berlin takes you through WWII air raid shelters and tunnels used to smuggle people out of East Germany.
52.5478, 13.3893

The religious shrine that Pablo Escobar's men would allegedly visit before completing a mission.
6.1936, -75.5762
Added by csmml
Medellín, Colombia

Home to 23 voluptuous and instantly lovable sculptures by one of Latin America's most celebrated artists.
6.2520, -75.5684

The Birds of Peace

Two identical statues by Fernando Botero, one blown to pieces in a terrorist bombing, the other donated as a gift for peace.
6.2455, -75.5682

The Gondolas of Medellín

An unusual and beautiful form of mass transit serves the city's steepest neighborhoods.
6.3002, -75.5585