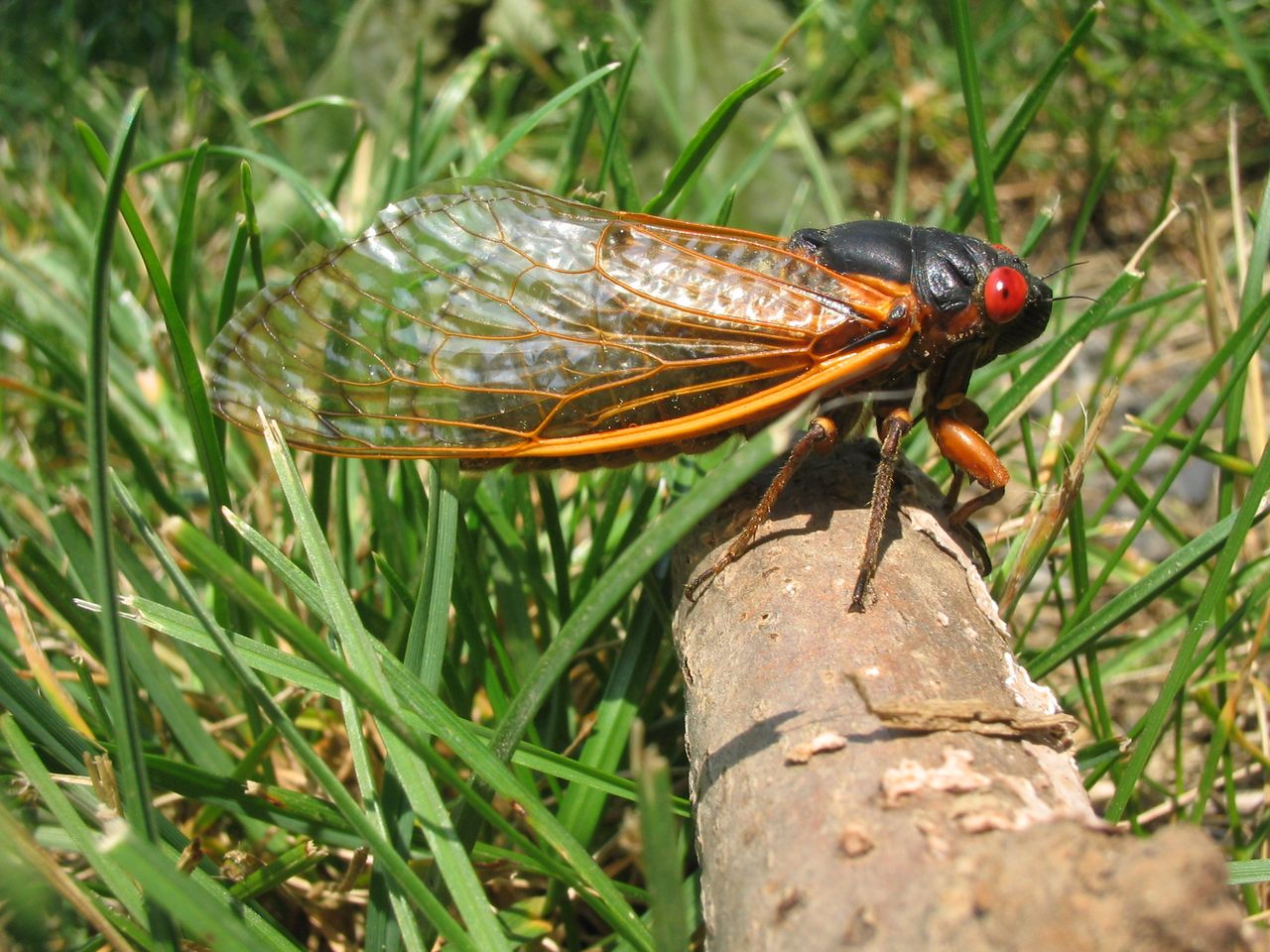 A cicada from Brood X, the largest of more than a dozen broods in the region, in Princeton, New Jersey, in 2004. Pmjacoby/Wikimedia Commons
In This Story
Destination Guide

Billions of cicadas that have spent 17 years underground are set to emerge across large areas of the eastern United States, bringing swarming numbers and loud mating calls to major towns and cities.

The periodic cicadas—bugs with strikingly red eyes, black bodies and orange wings—burrow underground as nymphs and suck fluids from the roots of plants as they grow, eventually bursting into the open as adults in mass synchronized events.

The last such event for 15 states including New York, Ohio, Illinois, and Georgia occurred in 2004. The cicadas emerge in a 17-year cycle, meaning they will appear this year once temperatures are warm enough, expected to be mid-May.

“They may amass in millions in parks, woods, neighborhoods, and can seemingly be everywhere,” says Gary Parsons, an entomologist at Michigan State University. “When they are this abundant, they fly, land and crawl everywhere, including occasionally landing on humans.”

Parsons said that while cicadas will not harm people, pets that gorge on them may become ill. It is thought that long underground development helps cicadas survive predators, as their huge and synchronized arrival provides protection in numbers.

The noise made by the enormous swarms will be noticeable, however, with males emitting mating calls that can reach 100 decibels, the same sound as standing next to a motorcycle revving its engine. The males produce these mating “songs” by vibrating their tymbals, two rigid, drum-like membranes on the underside of the abdomen.

Experts say if people are able to forget about the noise and the surprise of surroundings covered with cicadas, they will be able to appreciate a rare wonder of the natural world.

The emergence of the cicadas is “a wonderful opportunity for millions of people to witness and enjoy a remarkable biological phenomenon in their own backyard that happens nowhere else on the planet,” Michael Raupp, an entomologist at the University of Maryland, told Newsweek.

The Blacksmith Turning Decades of Chinese Bombs Into Kitchen Tools

From glasswing butterflies to vanishing octopuses, evolution is a mad scientist.
insects