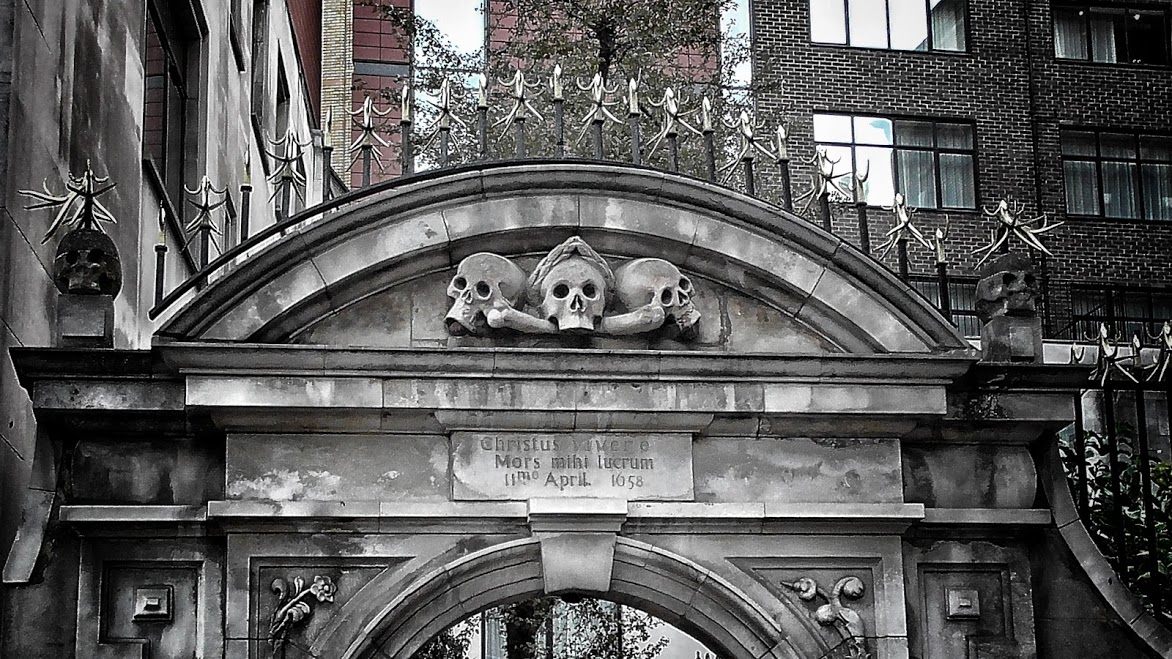 A hidden treasure in London with a rich medieval history, and the resting place of many luminaries.
Place

The barrel-made lookout from Shackleton's final ship is tucked away in the crypt of one of London's oldest churches.
Place

An incarceration museum on the spot of possibly the oldest prison in England.

Though the start of the Middle Ages in Europe is generally considered to coincide with the fall of Rome around 500 AD, in many ways the medieval era in London truly began centuries later, on Christmas Day in 1066, to be precise.

On that famous day, the Duke of Normandy, aka William the Conquerer, defeated the Anglo-Saxon king in the Norman invasion and was crowned king of a newly unified England. William I’s coronation at Westminster Abbey—at the time, shiny and new—marked the beginning of a new period in the City of London. In the years that followed, some of the city’s most iconic medieval landmarks were built, among them the Tower of London, the most famous incarnation of London Bridge, and Westminster Palace, which became the center of the feudal system of government.

Though much of Roman and Anglo-Saxon London has been lost, these medieval structures still attract tourists millennia later. And if you look closely, there are other, lesser-known remnants of this period in history that can be found throughout the city. Here are eight hidden places are must-see stops on a history lover’s tour of medieval London.

The River Fleet was a part of London life before London was even London. The largest of the city’s mysterious subterranean rivers, this tributary of the Thames predates even the Anglo-Saxons, and was a major river used by the Romans.

As London grew in industry and population during the Middle Ages, the river became increasingly choked and polluted. Despite attempts to fix this, the canal-cum-open-sewer became an embarrassment and was finally bricked over in the 18th and 19th centuries. It lay buried and forgotten for 250 years until it was recently rediscovered, but the river has never stopped running, rushing unseen, just beneath the sidewalks of London.

Post-medieval London was a place of decency, civility, and strong religious beliefs. But the post-medieval suburbs of London were another story, rife with prostitution, disease and mass burials in Cross Bones Graveyard. This south London graveyard became known as the “single-woman’s” cemetery because of its high concentration of sex worker graves. Since women of ill-repute could not be given a Christian burial, Cross Bones became an unofficial dumping ground for them and other poor people living in squalor outside of London.

Today, the horrors of the cemetery are recognized and remembered. The red fence outside the graveyard is densely decorated with tributes in the form of flowers and ribbons and the names of those buried without ceremony.

A few facts can be confirmed about the Knights of Templar. We know that a group of pilgrims traveled to Jerusalem in 1119, and some of them were armed and followed a strict, religiously inspired code. Over time the Knights grew in number and prestige. In 1185 the Temple Church in central London was consecrated, characterized by its distinct round nave. But by the late 1200s, the Crusades weren’t going so well and King Philip IV of France had turned against the order, causing their clout to wane. The group was forcibly disbanded by the Pope in 1312, their land seized by the Crown. King Edward II used the land and buildings for law colleges that developed into the present-day Inns of Court.

Housed behind an iron grill in Cannon Street, this legendary stone of unknown origin stirs up all kinds of mystique and intrigue.

The earliest written reference to the London Stone is in a book belonging to King Athelstan in the early 10th century, and it was used as a common transportation landmark in the 12th century. Historic texts suggest it was actually a central marker from which all distances were measured back in Roman times. It is also sometimes called the Stone of Brutus, referring to the mythical Trojan founder of London.

Although there are no references that suggest that the stone had any symbolic authority, in 1450 Jake Cade, leader of a rebellion against Henry VI, struck his sword against it and declared himself “Lord of the City.” In the 15th century, the stone was a common place for political meetings. The Lord Mayor of London would strike the stone with a staff each year as a proclamation of authority.

Operating from 1144 to 1780, The Clink may be the oldest prison in England. The former penitentiary now houses a museum dedicated to its criminal past, built on the actual site of the ancient lock-up whose name became worldwide shorthand for “jail.”

The Clink Museum offers a number of arresting (pun intended) educational and interactive activities. In many ways, it’s more of a dark historical funhouse than a stoic museum, but the long history of the clink it was built upon adds a gravitas that is undeniable.

Founded in 675, All Hallows-by-the-Tower is an ancient church steeped in history. Samuel Pepys watched the great fire of London from its spire, noting “the saddest sight of desolation.” John Quincy Adams was married here. Due to its close proximity to the Tower of London, most of the beheaded victims of the Tower’s executions were buried here. The pub next to the church is suitably called the “Hung, Drawn, and Quartered.”

But hidden away in the crypt below the church is a peculiar artifact: the original crow’s nest from the ship Quest, which was the vessel that was fielded on Sir Ernest Shackleton’s final voyage. Hardly known about or visited, it is all that remains of the legend’s sunken ship.

Located within the oldest hospital in London, Saint Bartholomew’s Hospital Pathology Museum, a collection dedicated to the treatment of disease, holds specimens from the institution’s long history. The collection was organized by Victorian-era St. Bart’s surgeon and pathologist James Paget, best known for his identification of the bone disease now known as Paget’s Disease. However the hospital it’s housed in was founded back in 1123, and was given to the city of London in 1543.

The St. Olave Hart Street church is London in miniature—history as a kind of layer cake, boom piled on bust, war piled on plague. With its rich medieval history, it is one of London’s hidden treasures, and the resting place of many luminaries.

While the records of this small city church only stretch back to the 13th century, legend has it that it was built on the site of the Battle of London Bridge as far back as 1014. If you descend into the crypt, you’ll find a well where, it is thought, King Olaf II of Norway rallied his troops to help drive the Vikings out of London.

As the city became a center of trade in the 15th and 16th centuries, the church flourished. As the church was next to the home of 16th-century royal spymaster, Francis Walsingham, many of Queen Elizabeth I’s spies are said to have worshipped here, and at least two are buried in the church.

The Heraldic Rebus, Born in Battle and Embraced by Tudor England, Lives on in Your Smartphone

Expressing your identity in a clever string of images was a thing long before emojis.
farms

The rediscovered medieval complex of Beaubec is unique in all of Ireland—and it's just the most recent layer of history unearthed in a humble pasture.
medieval

A crusty, dense bread got the country's hardworking equines through long days.
List