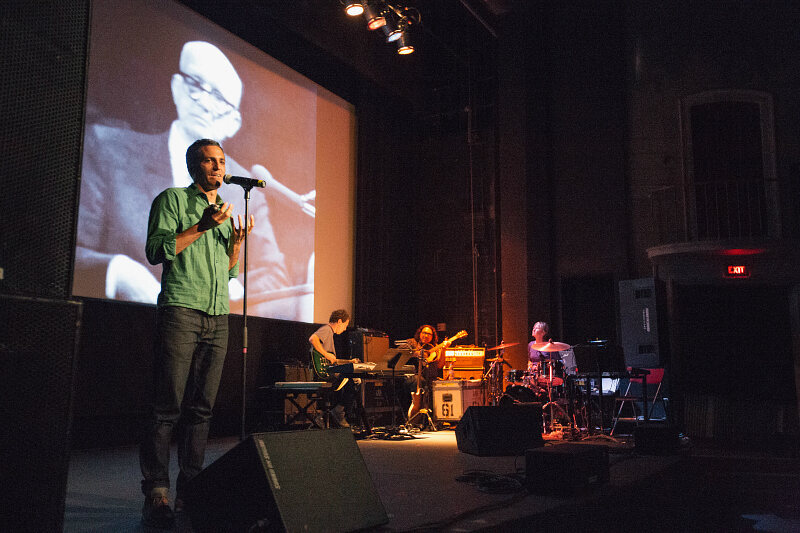 The visionary Buckminster Fuller’s central idea, out of the flurry of ideas he saw for a more perfect future, was in doing more with less. This was most visible in his popular geodesic dome, which presented a space age architecture for the most efficient enclosing of space. It’s appropriate, then, that an incredibly successful way of presenting the legacy of Fuller comes from the simple format of a live documentary called The Love Song of R. Buckminster Fuller, basically a PowerPoint presentation accompanied by a large score. What gives this pared-down format depth is that it was created and is “performed” by the talented Brooklyn-based documentary filmmaker Sam Green, who made The Weather Underground on the radical Weathermen organization, which was nominated for an Oscar in 2004, and the accompanying band is Yo La Tengo, one of the best rock bands in existence (at least according to the writer of this story and record store owners around the world). 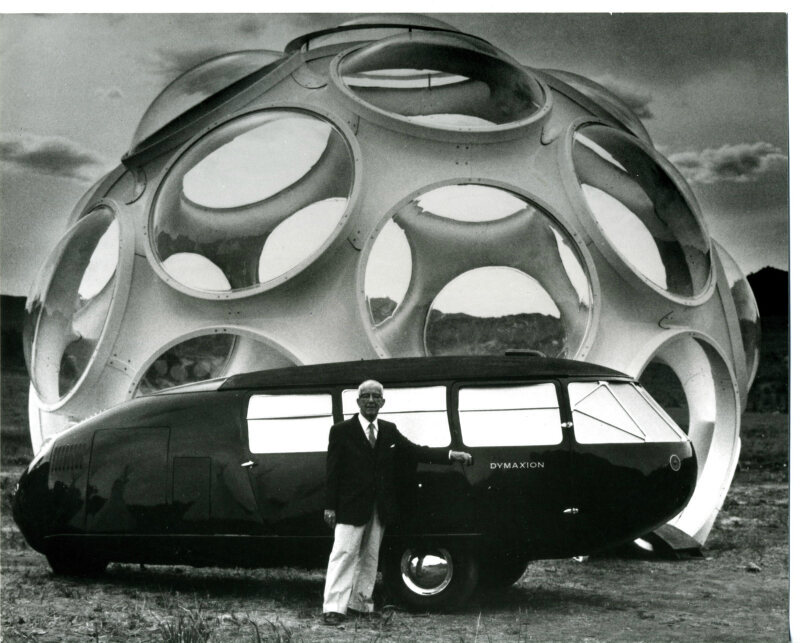 At its first of four stagings at the Kitchen in New York, Fuller’s daughter Allegra Fuller Snyder was in attendance and took questions following the performance, stating strongly that she felt her father would be unhappy with the current state of the world. By now, in his futurism timeline, we should be living in a utopia. The Love Song of R. Buckminster Fuller takes us through this vision, much of it sourced from the Dymaxion Chronofile housed in the Stanford archives that includes all the papers from every day of Fuller’s life carefully filed away. Green goes back to early innovations like the Dymaxion Car, which could hold 11 people in a fuel-efficient, bullet-shaped speedy vehicle. Unfortunately, the Dymaxion Car wrecked and killed someone, which was a brutal PR disaster for Fuller. Still, his career would be one of experiencing the failure of ideas in the public sphere, yet carrying on with his vision of a better world for humanity. 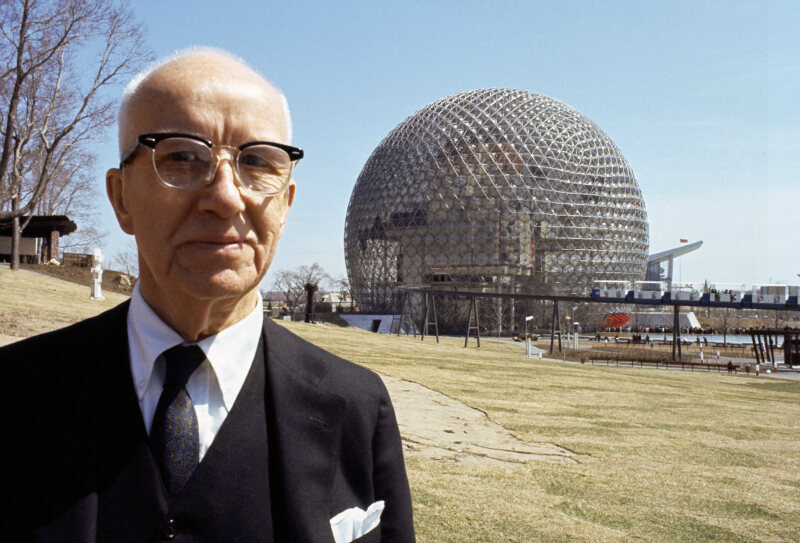 While his greatest success was in the geodesic domes, which he first built at the influential education conclave Black Mountain and brought to high profile in constructions such as the one at the 1967 World’s Fair in Montreal, what really made him an international celebrity was his epic talks. Many of these, which were free association discussions on his ideas, went on for nearly five hours, and one, called “Everything I Know,” was 42 hours long. (Thanks to the wonder of the internet, you can actually find all of this sprawling lecture on YouTube.) Since watching these talks is the best way to personally experience Fuller’s great grasp of a transformed world, the community discussion structure of The Love Song of R. Buckminster Fuller seems perfect. It’s a brisk, beautiful, and in the end thought-provoking presentation showing how short we’ve fallen of a world where everyone could live in a well-designed dome and be transported in an efficient futuristic vehicle. Still, we’re luckily left with the legacy of this man who, as Green says, set out “to see what one person could do to change mankind.” 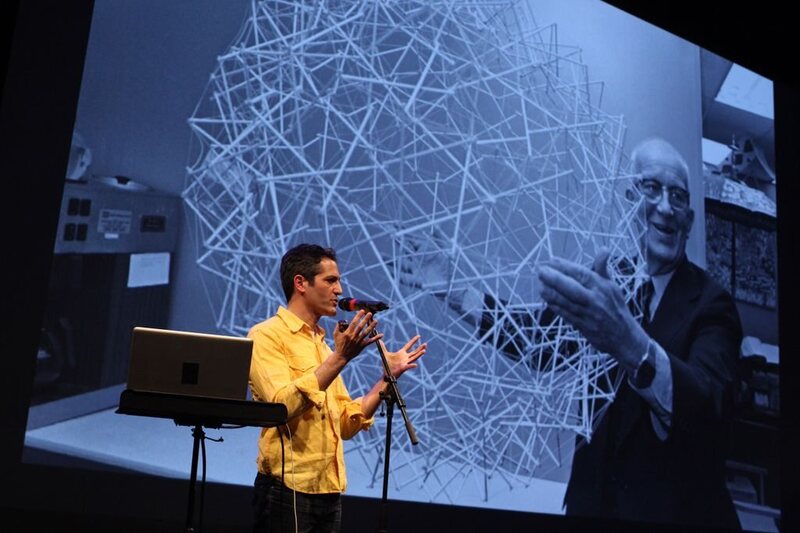 Sam Green in The Love Song of R. Buckminster Fuller at the Kitchen (photo by Paula Court)

The Love Song of R. Buckminster Fuller continues tonight at the Kitchen in New York. Click here for a complete schedule of upcoming performances.

Wanderlust in Residence at Atlas Obscura

Relics of the World's Fair: Montreal

There's a geological phenomenon behind exceptionally round rocks.
cliffs

What's Causing These Egg-Shaped Rocks to Form on a Cliff in China?

Locals collect them for good luck.
Want to see fewer ads? Become a Member.
From Around the Web
THE GASTRO OBSCURA BOOK
Taste the World!
An eye-opening journey through the history, culture, and places of the culinary world. Order Now