A Photographer’s Quest to Find the Last of the Drive-In Theaters - Atlas Obscura
Want to see fewer ads? Become a Member. 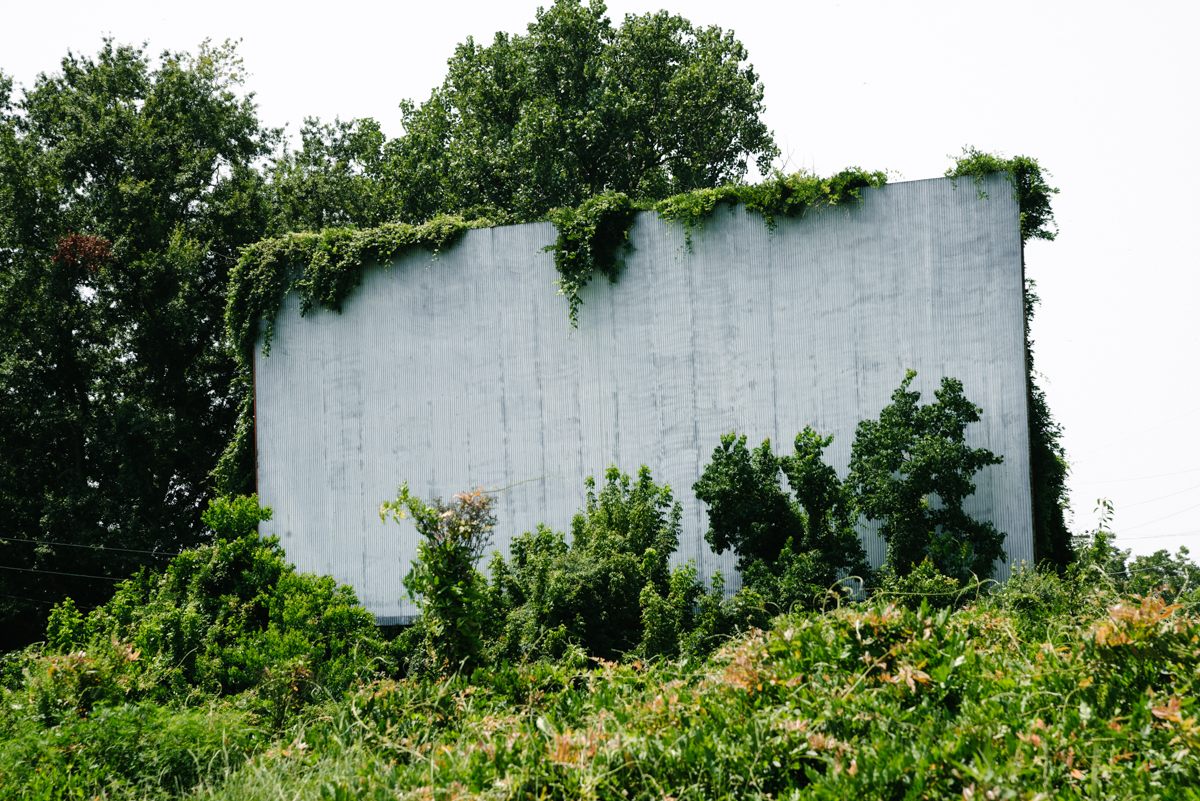 Photographer Lindsey Rickert was just seven or eight years old when she went to her first drive-in movie. Looking back now, what she remembers most is magic of the experience itself, “laughing and playing with my friends under the big screen as the cloak of darkness surrounded us and the screen above illuminated our playground.”

Those experiences came flooding back after she chanced upon the 99W Drive-In in Newberg, Oregon, a few years ago. First opened in 1953, the 99W still shows two features a night during the warmer months, and often sells out on weekends. But it has been more fortunate than almost all of America’s other drive-ins. In June 2016, the United Drive-In Theatre Owners Association estimated there were just 324 drive-ins still in operation—down from more than 4,000 in the late 1950s.

Rickert’s chance encounter with the 99W sparked the idea to photograph drive-in theaters across the country. She spent a year planning the trip and raising money on Kickstarter before she hit the road: 12,022 miles across 32 states in 65 days. She hit 28 theaters in total—both abandoned and still in operation—and had encounters with former employees, braved bad weather, and learned why it’s important to wear boots in the tall grass. We spoke to Rickert about her ambitious project and resulting book, Drive-In America.

How did you research the locations for your road trip?

Since operational theaters are easier to research and find, I based my initial search on abandoned ones. I spent countless hours doing Google searches. I found several drive-in enthusiast websites that gave large lists, but these were user-updated, so didn’t always have current or accurate information. I scoured Google Images and sites such as flickr, using keywords to find images of abandoned theaters that had visual appeal to me. I placed a large map on my wall, where I placed thumbtacks everywhere I found interesting locations, and the route started to form. Once the abandoned theaters were mapped out, I found operational ones along the same route, but research only took me so far. It gave me a rough idea where abandoned sites are, but rarely exact locations. There was always the possibility that the remnants had been demolished before I could get there—luckily that only happened once.

Do you have a favorite theater that you photographed?

I have fond memories of each location. It was surreal to pull up, particularly to an abandoned theater. There was this overwhelming joy that I had found it and the beauty of seeing nature reclaiming these structures, followed by a deep sadness for the memories that were once shared there, and the abandoned hopes and dreams that must have accompanied its closing. If I had to pick one, I think it would be the abandoned Sage Crest Drive-In, located in Yerington, Nevada. This was the first abandoned drive-in of the trip and a huge storm was moving in as I searched for the site. Rain was pouring, the wind was blowing hard, and I was in the middle of the desert. I was unsure if I would ever find it, but as soon as I arrived, the rain suddenly stopped. As the sun began to set, a huge rainbow appeared over the screen. Before that, I was nervous about the magnitude of the project, but when I saw that rainbow over the dilapidated screen, my excitement took over and my nerves were put to rest.

Did you have any strange experiences visiting the abandoned locations?

Ha, several! When I arrived at the abandoned Hilltop Drive-In, in Joliet, Illinois, there were several cop cars surrounding a car that was parked in front of the screen. As much as I wanted to just stop and take pictures of the crazy scene, I decided it was best to head into town with the model I had recruited and my assistant to grab some food while the scene calmed down. We headed back after lunch and the cops had cleared out and we started to explore. To this day, I have no idea what happened.

Did you speak with anyone who used to work at a drive-in?

I had an amazing experience in Jacksboro, Texas. I had just wrapped up photographing the abandoned site, and as I packed up the car, a pickup truck pulled off the highway next to us. I’m not sure why, but I was convinced they were going to yell at me for being there. To my surprise, when I told the gentleman who stepped out about the project, he exclaimed, “My grandfather was the original owner of this place. I used to have to crawl up into the screen and pull rattlesnakes out.” Mind you, I had just been running around in tall grass in a dress and sandals. After that, I made sure to wear boots and pay closer attention!

Why do you think there is such nostalgia for drive-in theaters, even among people who never experienced them firsthand?

Maybe it’s that general push/pull we have in our society as we move forward in a digital age. The decline of drive-in theaters is a direct and larger-than-life reflection of the power struggle between analog and digital. There is just something about them that feels like they are from another time, even when they happen to be updated and modernized. They are this beautiful piece of history that is hanging on and finding new ways to survive.

Found: A Lot of Snakes in a Walmart Parking Lot

There was a minor panic.
theaterscarsvisualphotographyroadside attractions

A photographer captured the handmade, the unusual, the downright puzzling.
abandoned

Matt Lambros is inspired by abandoned theaters—and their potential for revival.
roadside attractions

11:40
Want to see fewer ads? Become a Member.
From Around the Web
Thanks for sharing!