African Wild Dogs Survive by 'Living in the Cracks' of a Landscape - Atlas Obscura
Want to see fewer ads? Become a Member. 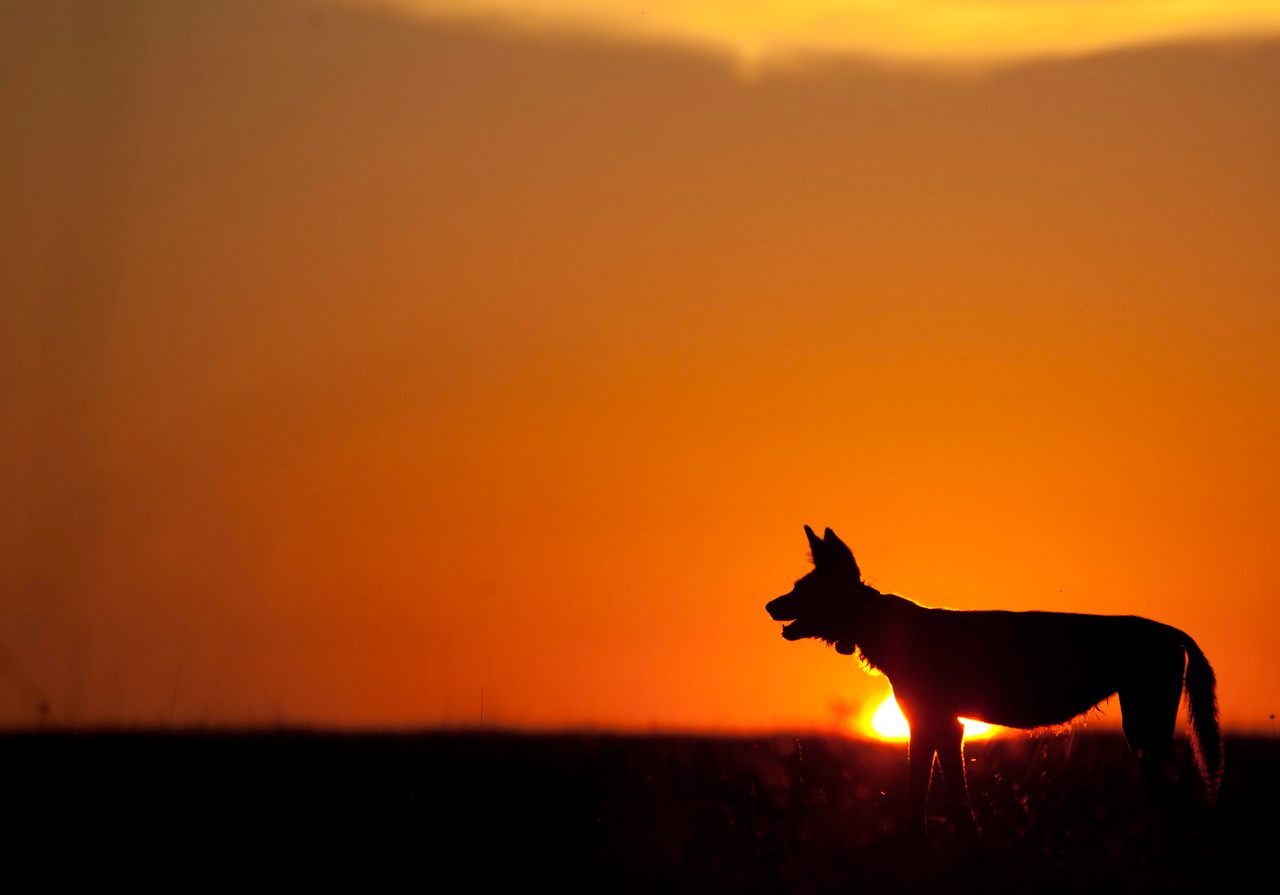 An African wild dog wearing a tracking collar. Research into the animals' behavior is revealing how they are adapting to a changing landscape. Scott Creel, CC BY-ND
In This Story
Place

The largest game reserve in Africa is home to thousands of species but refuses to house humans.
Destination Guide

Large carnivores in Africa are important from ecological, economic, and cultural perspectives, but human activities put them at risk. Increasingly, lions, hyenas, and African wild dogs are restricted to protected areas like national parks. Within these limited areas, they must compete for the same food sources.

Competition is, of course, nothing new. For several million years, African wild dogs have evolved within a set of large carnivores that all prey on the same large herbivore species, like wildebeest and warthogs. Wild dogs are lanky, long-distance hunters that always live in groups, usually of eight to 10 adults. Cooperation with pack mates allows them to hunt prey much larger than themselves. Weighing in at about 40-62 pounds (18-28 kilograms), wild dogs have been shaped by the necessity to compete with larger species like the lion and spotted hyena.

There may be a silver lining to being the bottom dog in the competitive hierarchy. Research that my colleagues with the Zambian Carnivore Programme and I have conducted in Zambia and Tanzania suggests why smaller, subordinate species like wild dogs are better able to move through human-modified landscapes. Understanding how is essential for their conservation.

In the late 1980s, I was studying dwarf mongooses in Tanzania’s Serengeti National Park when an extraordinary thing happened. While I sat on the roof of an ancient Land Rover watching mongooses on a nearby termite mound, a wild dog trotted past. And then another, and another. Wild dogs had been missing from most (perhaps all) of the Serengeti for years due to a combination of intense competition from larger carnivores and outbreaks of rabies. But here they were, back again.

Over the next year, I occasionally followed the dogs to watch them hunt on the shortgrass plains, where they were constantly shadowed by spotted hyenas. Several hyenas often trailed the dogs even as they set out to hunt, and hyenas quickly aggregated when the dogs killed a gazelle or wildebeest, often alerted by the unmistakable sound of vultures plummeting through the air in their own race to the fresh carcass.

Although they are half the size, wild dogs do not easily give up a kill to hyenas. A pack of wild dogs making a coordinated attack on one or two hyenas can easily drive them off. But hyenas are also social animals, and researchers found that the dogs generally lost their kills to hyenas when their numbers were equal. Given the large population of hyenas in Serengeti, they took nine out of 10 kills that the dogs made. And lions are simply too dangerous to fight, so the big cats could always take over a kill from the dogs, and kill them surprisingly often.

At that time, very little was known about wild dogs in places other than Serengeti and South Africa’s Kruger National Park, a more wooded ecosystem where researchers had found a flourishing population that often hunted impala. Biologists started to rethink the prevailing view that wild dogs were specialized to live and hunt in open grasslands.

My colleagues and I spent six years in the 1990s observing wild dogs in the Selous Game Reserve, confirming the Tanzania Wildlife Department’s belief that this large ecosystem was a major stronghold for the species. We found that the density of wild dogs in Selous was very good, at least partly because wild dogs were better able to avoid problems with lions and spotted hyenas in the miombo woodland of Selous than in plains of the Serengeti. It was more evidence that not only could they survive outside of grasslands like in the Serengeti, but African wild dogs found advantages to other kinds of environments.

By the mid-1990s, a scientific consensus was emerging that the persistence of wild dogs in an area depends at least partly on their ability to avoid losing food to hyenas or being killed by lions.

Many studies, including our current research in Zambia, have confirmed that wild dogs are adapted to “live in the cracks” of a landscape where they are outnumbered and outsized by spotted hyenas and lions.

In the short term, wild dogs move quickly away from an encounter with lions—or an experimental playback of their roars over a loudspeaker—in a straight line that would be unusual under other circumstances. Over the long term, wild dogs avoid areas that are heavily used by larger competitors, even though this requires them to hunt in areas with fewer prey.

But there may be a benefit to being at the bottom of the competitive hierarchy. Compared to most species, all of the large African carnivores live in small and isolated populations that must remain connected to maintain genetic diversity. But humans have now modified more than half of the Earth’s terrestrial surface, cutting lines of movement and increasing the isolation of protected areas. Despite this general pattern, some species are better adapted than others to maintain connections between ecosystems.

We wondered whether the adaptations of wild dogs that allow them to move through a landscape dominated by lions and hyenas might also help them move through a landscape altered by humans. For example, wild dogs could move more quickly and in a straighter line after an encounter with people, just as they do after an encounter with lions. We hypothesized that genetic data would show that wild dogs have stronger connections between ecosystems than lions, and that their connections are less affected by humans.

And this is just what the data showed when we compared the genotypes of 96 wild dogs and, separately, 208 lions. Wild dogs in eastern, central, and western Zambia were genetically quite similar, showing that these populations remain well connected. In contrast, lions were much less genetically similar, with distinct populations that were not well connected.

We also mapped the degree to which human effects such as land conversion, agriculture and roads hinder animal movement, differentiating between areas with relatively little resistance to animal movement and areas with strong human effects. The genetic differences between lion populations were strongly correlated with human resistance, but there was no such correlation for wild dogs. That is, places that were less hospitable to animal movement had more genetically isolated populations of lions, but didn’t affect the genetic diversity of the wild dogs in the area.

While it is still too early to know if this pattern will apply to other species, it suggests that eons of dealing with lions and hyenas have provided the wild dog with tools that help them maneuver through the unforgiving landscapes that humans create outside of national parks.

Tragedy set Sicelo Mbatha on a course to understand, and make peace with, the wild on its own terms.
science

A conservation biologist in Argentina once hosted one of the animals in her living room, but finding them in the wild has proven far more difficult.
Video • Object of Intrigue