A Whale of a Tale about a Science Breakthrough Ignored for Decades - Atlas Obscura
Want to see fewer ads? Become a Member. 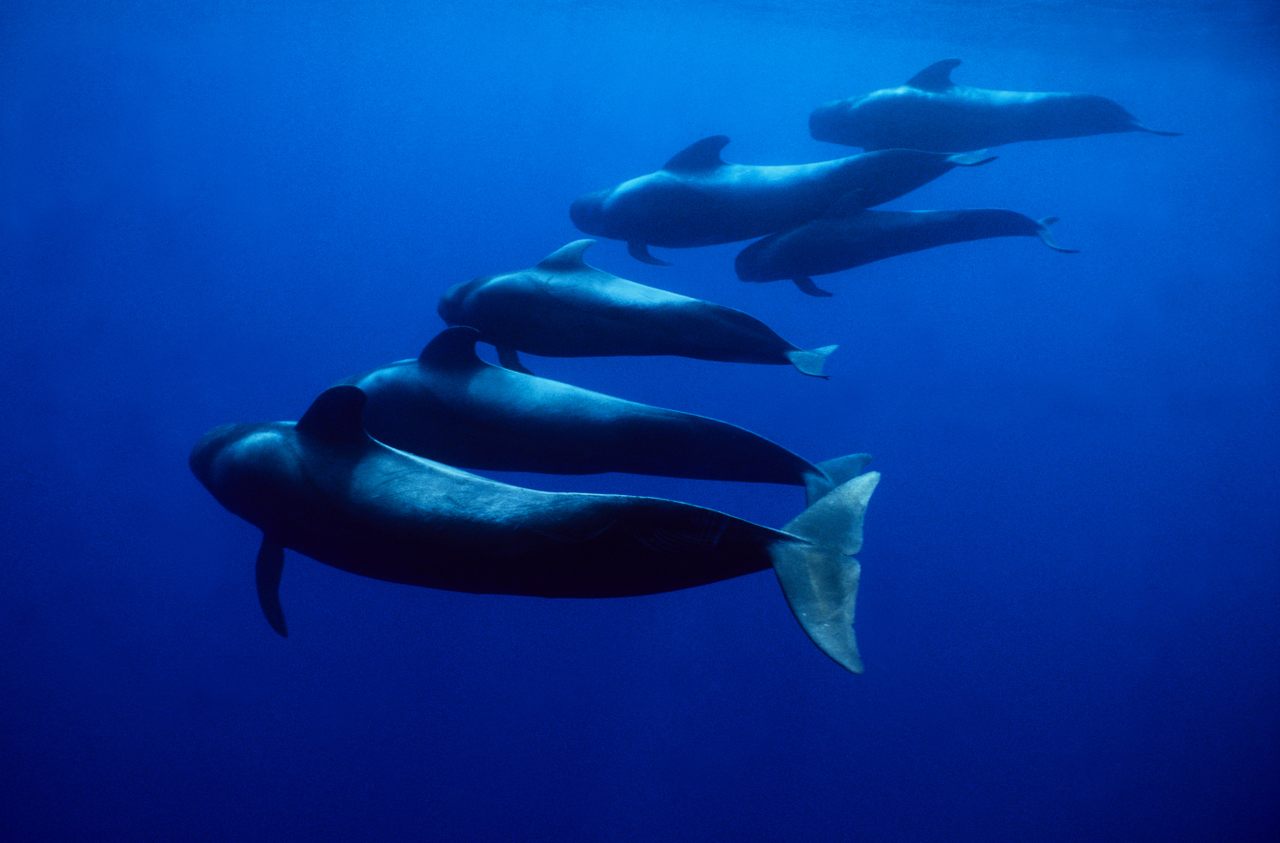 Helene Marsh stood in front of a hotel conference room filled with other marine mammal researchers. It was December 1981, and the Australian scientist had spent years working with her mentor, Toshio Kasuya of the University of Tokyo, studying reproduction in short-finned pilot whales: dark, round-headed animals about the length of a pickup truck. She had big news.

At the time, scientists thought that wild animals did not live beyond their reproductive years. But Marsh and Kasuya had been studying samples collected from some 300 short-finned pilot whales: Marsh had examined their ovaries, while Kasuya determined each animal’s age by counting growth rings visible in cross-sections of their teeth. When they combined their data, they found that female short-finned pilot whales stopped reproducing around the age of 36, but still lived for about 14 years more. For the first time ever, Marsh and Kasuya had discovered menopause in a non-human animal.

Despite the breakthrough finding, which challenged our understanding of a fundamental biological process, reaction to her talk was less than positive. “The mainly male audience was quite scathing,” Marsh says. “They couldn’t believe that there would be females in a population that had stopped breeding, because the reason they were there was to breed.”

More than 40 years later—with science now firmly on her side—Marsh remembers some of the comments in the wake of her talk, including: “‘This cannot be true. There would be no point in the females remaining alive if they weren’t reproducing.’”

The reaction of Marsh’s audience was not surprising. After all, conventional thinking throughout science and the Western medical establishment at the time was that humans were the only species where the females lived beyond their reproductive years.

“For so long, menopause has been viewed through this lens of failure, that there couldn’t be any medical use for it,” Gunter adds. “While most animals do die after their reproductive life is over, finding animals that keep living and thriving is more proof that this is a natural process, that they evolved to live past their reproductive function.”

Marsh did not set out to study pilot whales. Early in her career, she was working with dugongs, a Pacific Ocean cousin of the manatee, collecting basic life history data to inform conservation efforts. Kasuya had collected similar data for several dolphin and small whale species, based on tissue samples from carcasses. His techniques, Marsh says, “were the best by a country mile.”

At a 1978 scientific workshop in California, Marsh asked Kasuya to teach her his technique for examining the ovaries of an animal to determine its reproductive status.

“He said to me, ‘I’ll tell you what. You can help me look at some reproductive organs for pilot whales. You can learn about looking at ovaries based on cetaceans [whales, dolphins and porpoises] where a lot’s been done, and then you can move to dugongs,” says Marsh.

A year later, in Japan for a dugong conference, Marsh met with Kasuya again. This time it was for some hands-on learning in Taiji, a city on the central coast known for its traditional, and controversial, small whale and dolphin hunt. Marsh stood in rubber boots on a blood-slick dock, working quickly to take tissue samples from striped dolphin carcasses stacked nearby while the water turned red. They weren’t pilot whales, but the sampling technique was the same.

One day, Marsh got sick. A fisherman thought she was disgusted, she says, but it was food poisoning. Like her mentor, she was determined to wring every drop of scientific benefit out of the gruesome situation. In fact, it was the conflict between culture and conservation that had drawn her to study dugongs in the first place.

At a dinner party, soon after earning her doctorate in zoology, Marsh had heard another scientist mention the complexity of dugong conservation in light of the animals’ extreme cultural importance to Aboriginal people in Australia, where they are traditionally hunted. She was intrigued and, years later, when offered a chance to work on a dugong project, she eagerly accepted. “Gradually, I got more involved,” she says. Balancing Indigenous subsistence hunting traditions with biodiversity conservation would, along with marine conservation in general, became her life’s work.

After the intense experience in Japan, Marsh flew with her family to Vancouver, where she would have time and space to analyze the samples. Marsh recalls a comic moment during their interview with Canadian customs after the long flight, when her young son told the agent, “you didn’t ask about Mommy’s ovaries.” Marsh laughs at the situation now, but even with the correct paperwork in hand to import tissue samples, it took hours before she was allowed to tote her collection of preserved short-finned whale ovaries out of the airport.

Marsh and Kasuya’s finding, eventually published in an International Whaling Commission report rather than a science journal, never attracted media attention. But in 2012, University of Exeter researchers reported that orcas, or killer whales, also experience menopause. Their research was picked up by multiple outlets, including The New York Times and the BBC. Subsequent papers documented menopause in false killer whales, narwhals, and beluga whales.

University of Exeter’s Darren Croft, the senior scientist for the killer whale research, acknowledges the ground-breaking impact of Marsh and Kasuya’s discovery for his field. “This paper, published in the ’80s, showing that we have a wild population of pilot whales where the females live well beyond their reproductive years, was the first and only evidence of that until the data started to mature on the resident killer whale studies,” says Croft, adding that more recent research on menopause in toothed whales, including orcas, builds on Marsh and Kasuya’s findings in short-finned pilot whales. “The original discovery is fundamental,” Croft says.

Marsh went on to have an exemplary career in scientific research, education, and conservation. She is an award-winning, internationally recognized expert in dugongs and marine conservation and, in 2021, was recognized as an Officer of the Order of Australia, one of the nation’s highest civilian honors. But in all the praise heaped on her work, there isn’t a word about short-finned pilot whales.

“I think I did other stuff that was more important from a conservation and policy point of view,” says Marsh, who still teaches and has a hand in science-based conservation work. “From a theoretical biology point of view, the pilot whale post-reproductive work was the most interesting thing I ever did.”