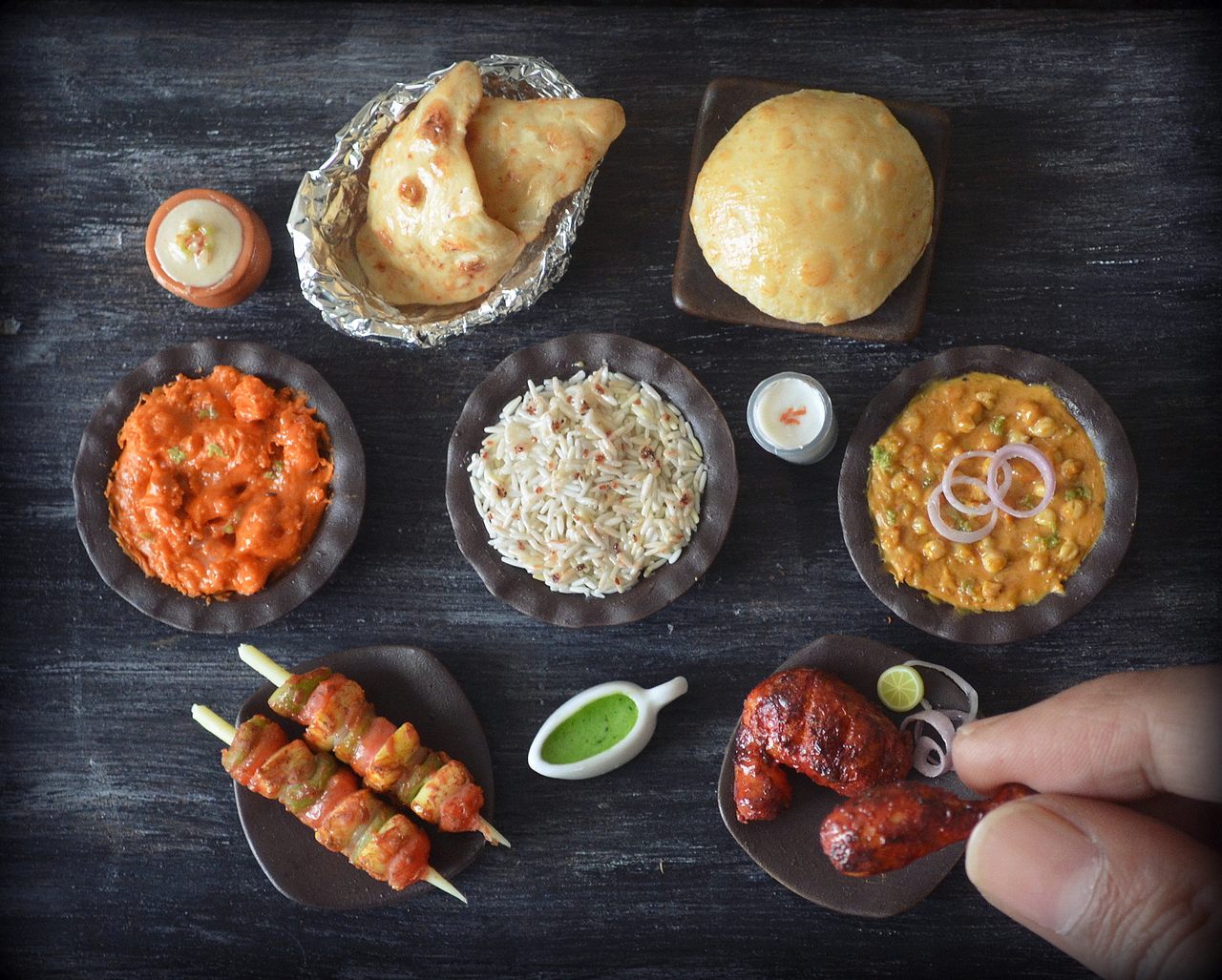 Shilpa Mitha can make a dosa with her eyes closed. Ask for one and the former sound engineer will knead the dough, roll it out until its paper thin, and then fold it up. This dosa is then placed on a banana leaf and surrounded by chutneys, sambhar, and pickle.

Her food stays true to form—they are exact replicas of the original dish, from the ingredients to the plating. Her dosas are thin and have lightly browned edges and a hollow center. “This is a bestseller. Everyone loves a good dosa,” she says. The coconut chutney is dotted with mustard seeds, and the sambhar (stew) has drumsticks and carrots peeking out.

Mitha’s sells her miniature dishes under the name Sueño Souvenir. Her menu includes fried chicken, fried fish, a whole roast turkey with veggies, pizzas, burgers, doughnuts, macaroons, brownies, and cake. But it is her Indian food, particularly the south Indian fare, that gets her the most accolades: karimeen pollichathu (a Keralite-style fish dish baked in a banana leaf); gajar ka halwa (carrot pudding); vada pav (spicy, potato-filled deep fried dumplings served inside bread); and much more.

Her miniatures, just like food at her home, are prepared fresh. “Making biryani takes me the longest. I have to roll one grain at a time. Then, there’s the fact that certain dishes like biryani, dals, and even pappad, vary from one region to the next,” she says. She seeks references from recipes, online cooking shows, and photos.

Mitha’s journey into food miniatures began because of a burger. A fan of paper quilling, she tried and failed to make a paper burger earring. “My mum [then] taught me how to make a burger using modelling clay,” she says. It took them ten minutes, and when Mitha shared it with friends, they all wanted their own. Intrigued by the demand, she went online and discovered a whole world of miniature food.

“I wasn’t aware that people actually made miniature, and very realistic, food to put in the kitchens of their dollhouses,” Mitha says. “We had dolls at home, and for Golu [a festive display of dolls] we would make mini meals for them. But they never were this realistic.”

Mitha studied macro food photography and learned about the intricacy of miniature models. “In paintings, food is restricted to baskets of fruits or elaborate meals. Where is the common stuff you eat?” she says.

She didn’t see people making Indian food miniatures, so decided to give it a try. Thus began her self-taught journey into cooking food with clay, and turning them into magnets and pendants. She learned the basics of clay modelling from her mother and took four years to perfect her technique and the proportions, textures, and colors. Mitha had quit her job to focus on her hobbies, and she soon found she could make food miniatures a profession.

Today, her clay kitchen contains rollers, cookie cutters, a pointed needle-like tool, and paint. Mitha works with air-dry clay, which doesn’t have to be baked and takes from one to five days to dry. She prefers mixing colors into the clay rather than painting them after, which she believes makes the figurines look artificial. The final item gets a coat of varnish, which adds gloss and an oily sheen to certain oil-based dishes. The constant rolling of clay means Mitha struggles with muscles issues and has to take breaks for physiotherapy sessions.

The miniatures cost between Rs 450 and Rs 1000 ($7-15). Despite the breaks, and subsequent longer delivery time, the demand for her food miniatures is high: She gets an average of 20 messages and requests daily.

“I just want to cook good food and do something different with my life,” she says. Just don’t try to eat her cooking.

How One Scottish Town Revived a Local Tradition After 80 Years

The "Stromness Yule Log Pull" is officially back.
food artminiaturessculpturesfoodart

A Fake-Food Maker on the Art of Creating Inedible Meals

For 60 years, this Japanese craftsman has been making silicone dinners that look good enough to eat.
art