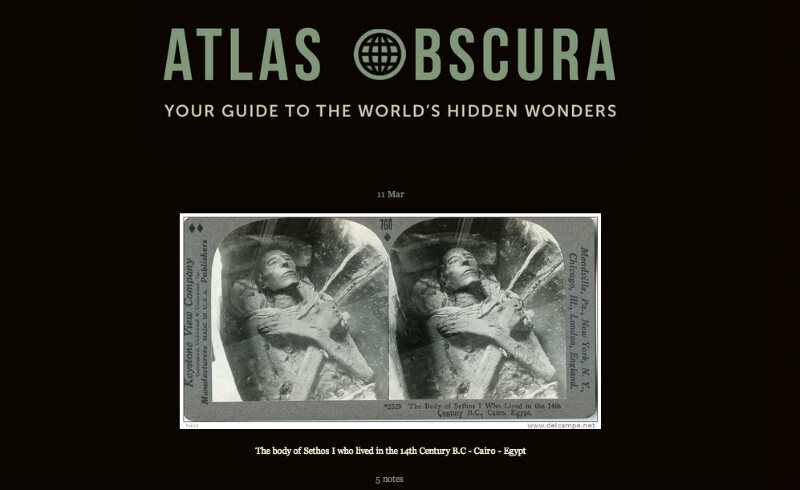 Atlas Obscura has recently joined Tumblr, posting selections from our ever-growing compendium of the world’s hidden wonders and stories from our blog, as well as curious finds from across the reblogging universe. Recent posts include an early Russian space suit for dogs, images from the 1962 Seattle World’s Fair, and a stereoscopic photograph of an ancient Egyptian mummy.

The Tumblr joins our evolving roster of social media, including Twitter and Facebook, all aimed at continuing to unearth the overlooked beautiful, strange, and unexpected places from around the world and bring them to you.