A Swift Shave: The Barber Shop Car at the Once Off-Limits Petersen Vault - Atlas Obscura
Want to see fewer ads? Become a Member.

Once strictly off-limits, this lower level housing curious and priceless vehicles of the Petersen Automotive Museum is now open to the public. 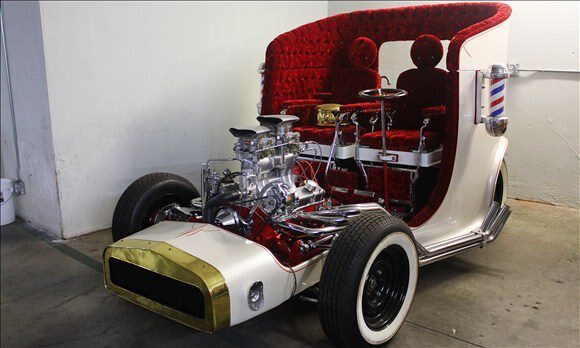 While it might be hard to keep a razor steady at 150 miles-per-hour, this vehicular barber shop is fully functional and capable of such neck-nicking speeds. The bizarre Barber Car is one of many curious and wildly expensive cars in the Vault below the Petersen Automotive Museum in Los Angeles.

The Vault, which stores around 150 vehicles that are in between exhibitions or just don’t quite fit anywhere in the museum, was closed to the public since the museum opened in 1994 (although VIPs, along with someone who got in with an old Volvo key, got to see the subterranean auto treasure trove). It opened for the first time for tours in late 2012, and, due to high demand (people were lining up outside), the museum recently announced that these tours would be going on indefinitely. Along with the Barber Car is a Mercedes-Benz that belonged to Saddam Hussein, a bullet resistant car that was commissioned by the White House just a day after Pearl Harbor, President Clinton’s golf cart, a 1925 Round Door Rolls-Royce recovered from a New Jersey junkyard, and a 1957 Jaguar owned by Steve McQueen. 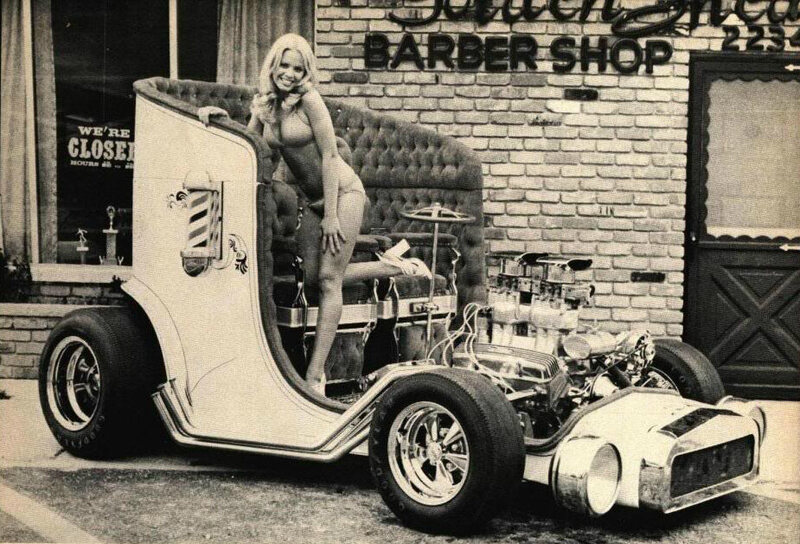 Barber Car at a Barber Shop (via Coffin Corner)

The Barber Car was imagined in 1969 by car customizer Joe Bailon, who invented the popular Candy Apple Red paint and also designed the totally bizarre and fanciful Pink Panther car. At the time, there was a custom car craze for wilder and wilder vehicles for car shows, and the Barber Car delivered with twin antique barber chairs positioned between two authentic barber poles that worked as turn signals, as well as a porcelain sink equipped with hot and cold water. The whole interior was upholstered in red velvet and even has a stereo, and installed up front is a 400 horsepower Corvette engine. Perhaps someone could use the Barber Car to stage a rollicking road trip version of Sweeney Todd?