When the Ripper strikes, your life comes to an end. But in the 18th century, a peaceful rest was unsure, as the cemeteries could be surprisingly lively.

At the time, medicine’s growing involvement in dissection was considered sacrilegious, but it was the most direct way to decipher the mechanics of the human body. For anatomy to become a legitimate science, it was beget with the most macabre repercussions: body snatching.

In the United States, the demand for cadavers peaked around the 1760s as medical schools opened around the new country. Physicians circumvented the religious issue with necropsies using the cold remains of condemned men, suicide victims, and members of the community whose bodies were considered “desecration-friendly,” but soon, the great Moloch of Science became difficult to satisfy as the number of physician students grew considerably. Anatomists, whose main concern was to advance medical knowledge, had to set aside their ethical onus and ask low-life fiends to find them dead bodies.

The grave robbing craze started as a sort of mafia nocturna — sneaking in cemeteries at the witching hour, shovel in hand, and the promise of good cash to “resurrect” the deceased and sell them at top dollar to medical institutions. As God’s Acres resembled more and more molehills as fresh tombs were systematically disinterred and emptied of their human content, the jaded cemetery keepers invented an array of devices and architectural designs to protect the necropolis from the “resurrectionists” plague. Watch towers, Mortsafe cages, and other afterlife paddocks were installed, many of which are still in place in our cemeteries. But one of the most incredible of these anti-grave robber contraptions is in the Museum of Mourning Art, in Arlington, Pennsylvania, under the colloquial name of “Cemetery Gun.” 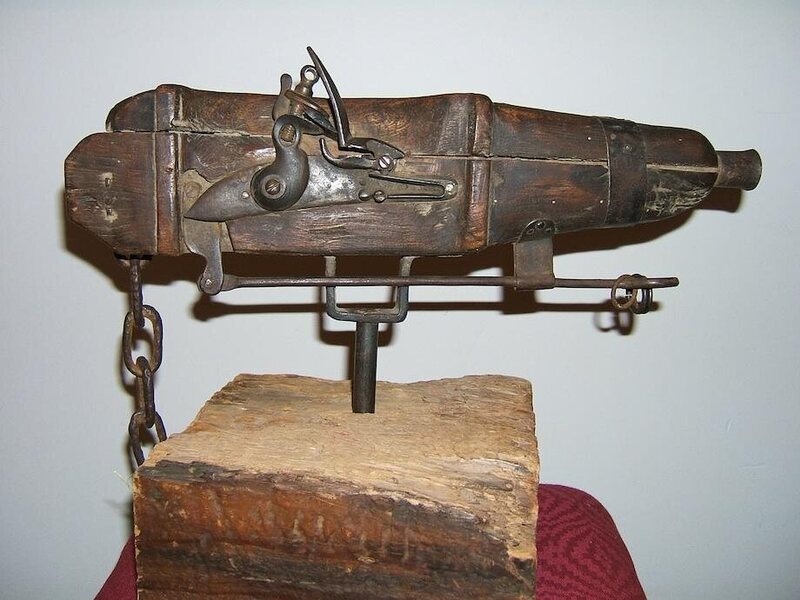 It was, as its name might indicate, the most drastic solution to deal with the grave robbing problem at a time when authorities turned a blind eye to protect the philanthropic cause of surgeons. Made of wood and steel, these deadly weapons were installed one by one around the graves and a step on one of its three tripwires would pull the trigger, throw a bullet, and kill the thief. But bodysnatchers adapted quickly and hired women who, disguised as widows, would stroll the paths of cemeteries, tracking the gun positions and mapping the danger. Since the guns and other security devices were rare and expensive, it meant that it was the poor and the outcasts who had more of a chance at a second life under the knife, sometimes meeting, in the labs of early physician colleges, an anonymous glory for the sake of science.

A creepy form of parasitism is one of evolution's favorite strategies, and scientists are starting to figure out how it works.
31 days of halloween

From quicklime to boiling to bugs.
cemeteries

Where to go for an education in grave robbery, the grisliest chapter in medical history.
body snatching

How The Medical Cadaver Finally Got the Respect it Deserves

The rise and fall of medical cadaver ceremonies.
Want to see fewer ads? Become a Member.
From Around the Web
THE GASTRO OBSCURA BOOK
Taste the World!
An eye-opening journey through the history, culture, and places of the culinary world. Order Now