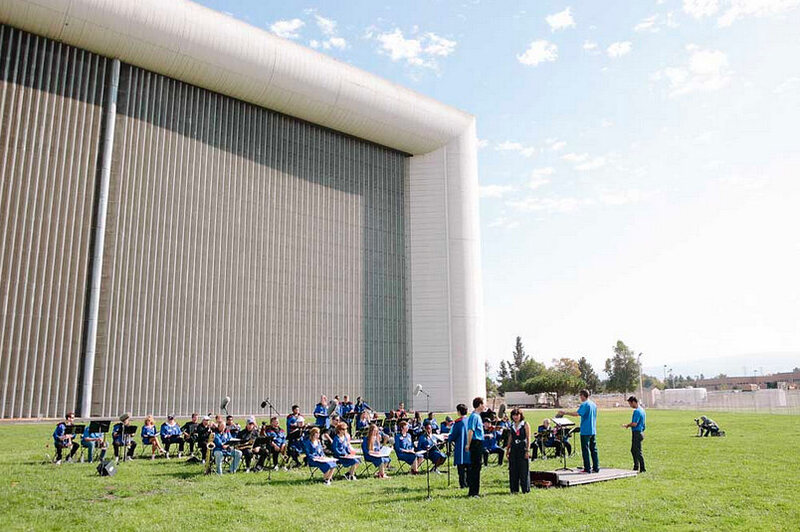 How will people keep humanity in the alienating distances of space? Perhaps through music. That’s what French artist Nelly Ben Hayoun set out to try when assembling the International Space Orchestra, a musical ensemble composed of scientists and staff from NASA Ames Research Center and SETI Institute. 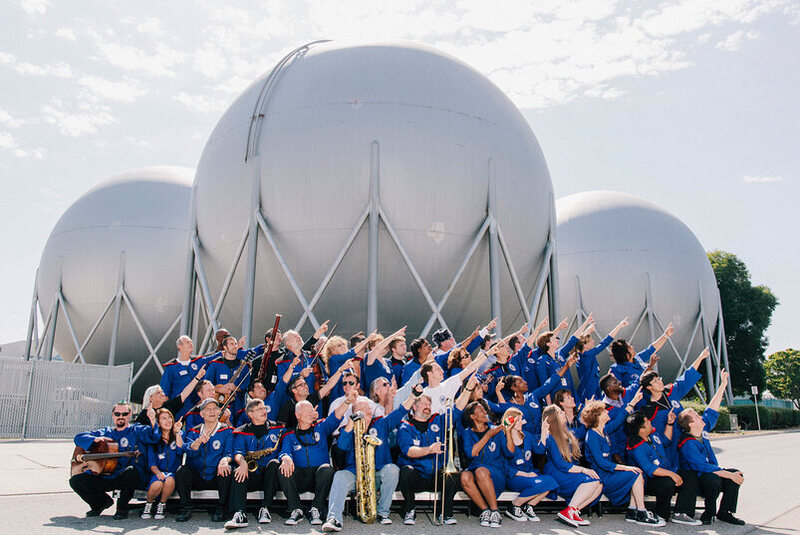 The orchestra has such space travel stars as NASA Astronaut Yvonne Cagle on percussion and Lewis S.G. Braxton III, Deputy Director of NASA Ames Research Center, on gong, and Nelly Ben Hayoun’s music collaborators include Arthur Jeffes of Penguin Café, Damon Albarn of Blur and Gorillaz, singer Bobby Womack, and even sci-fi writer Bruce Sterling who contributed lyrics. The orchestra’s first performance piece is Ground Control: An Opera in Space, and was inspired by our drive to comprehend the universe, and to delve further into exploring the distant stars.

The International Space Orchestra had their world premiere performance last September in front of an appropriately otherworldly location: the world’s largest wind tunnel at NASA Ames Research Center. You can preview their celestial music showcase below:

The 20-year-old satellite is still sending back images during its swan dive into the planet's atmosphere.
science

Jupiter Is Even Weirder Than We Thought

Thanks to Juno, textbooks are going to need an overhaul.
science

Seeing Earth From Between Saturn's Rings, Nearly a Billion Miles Away

This is what it feels like to feel small.
space exploration