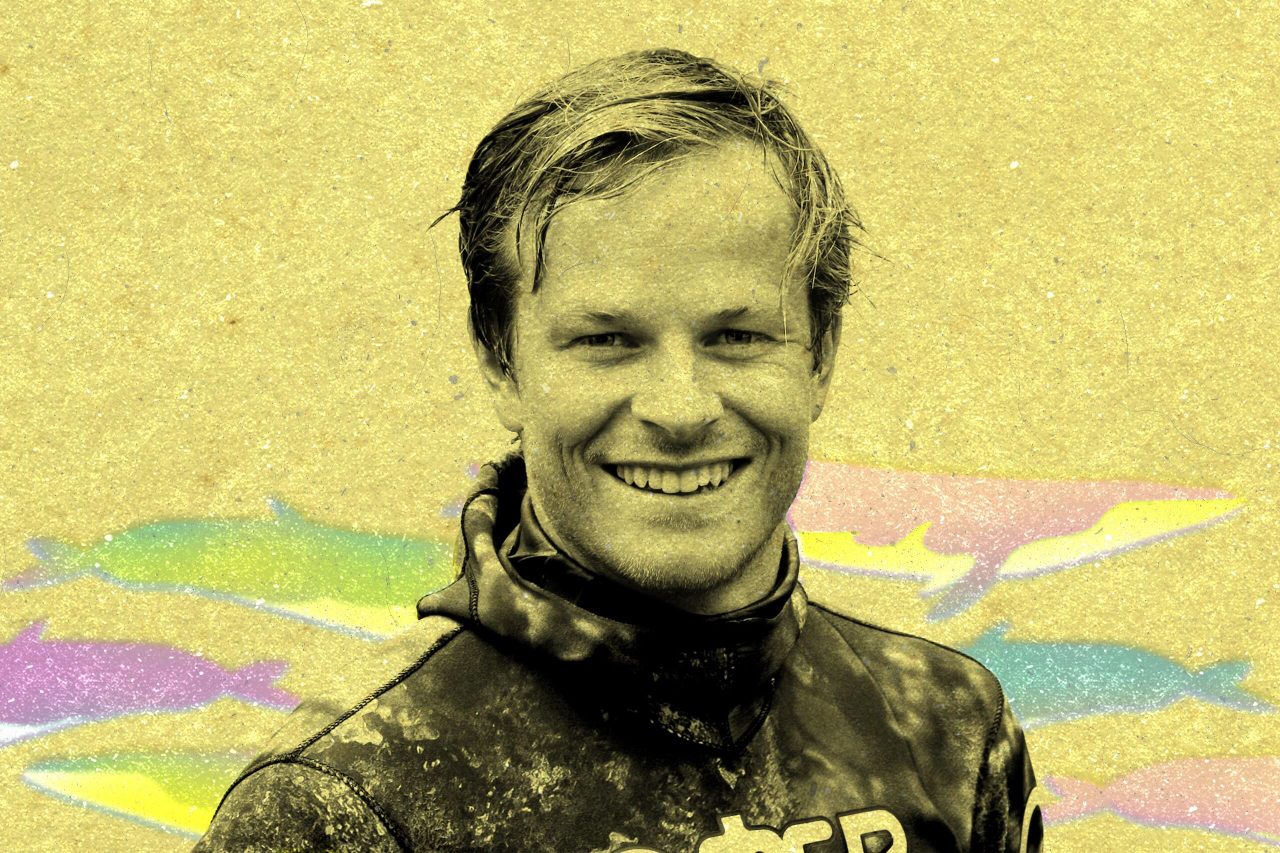 Antarctica is some 9,000 miles from my home in England, and I had been trying to get there for more than a decade to film one of the biggest animal gatherings on Earth. Hundreds of fin whales come there to feast on krill, a tiny, translucent crustacean, but the gatherings are little studied, rarely seen, and have never been properly captured on camera. For a wildlife filmmaker like me, capturing these legendary gatherings became the holy grail.

Wanting to go to some remote corner of the globe to film an animal is a familiar feeling for me. It started young. Growing up, everyone at my school thought I was a complete freak because any moment of spare time, during sports practice or whatever, I would slip away to go sneak up on animals. I realized that if I took pictures of the animals I was seeing, it was a great way to get other people excited about what I was excited about—and also explain where I’d been sneaking off to.

Before university, I wanted to see and photograph bears, so I emailed a bunch of wildlife tour guides on the west coast of Canada, and said, “Can I come hang out?” I ended up living in the basement of one guide for two summers, helping out on a bear- and whale-watching boat. I was there to see bears, but it was the whales that really captured my imagination.

One day I went out with a tour group. Normally, you’d see maybe four or five whales, mainly either grey whales or humpback whales. For whatever reason, there was this freak event, where all of the humpback whales’ prey had come into shore. You couldn’t drive the boat more than a hundred yards without having to go around a whale. There were humpback whales everywhere.

That was the first time I saw wildlife en masse. A light switch went off in my head: “Wow, this is special.”

Years later, in 2018, I had my first tantalizing glimpse of what the Antarctic has to offer. I was there filming for the BBC’s Seven Worlds, One Planet, and the fin whale gatherings were on the long list of animals we wanted to film. One day we saw a gathering of about 150 whales. It was spectacular, but very brief. I think we ended up watching them for only an hour. The German research ship we were on had a tight schedule, and we couldn’t stay.

As soon as I had seen that, I was like, “I need to film this.” And I wanted to get it from all angles: in the air with drones, at water level with gyro-stabilized cameras, and diving underwater with a camera. And the only way of doing that, really, is with a sailboat, so you’re super-maneuverable.

When this series, Epic Adventures, was commissioned, I knew I wanted to try it. It was our most ambitious, most expensive episode. There was no budget for a reshoot. We had to get it.

After two years of planning, we gathered an amazing team and set sail on a 75-foot sailboat across the infamous Drake Passage from South America to Antarctica. We could only stay 28 days. The whale gatherings are thought to happen right at the end of the season when it’s possible to visit the southern continent. So we were there as late as we possibly could be before the weather would get really bad.

Near the start we saw this small gathering, but it was too rough to film. We knew it was happening, but the days just started ticking by. I felt awful. I’m in Antarctica, surrounded by cool people, looking for whales, it doesn’t get better than that. But so many people were counting on us to get this. The idea of not being able to pull it off was really hard to take.

Three quarters of the way through the shoot, I remember lying in my bunk, and my friend Dan Beecham, the other underwater cameraperson, was in the bunk above me. There were pieces of icebergs grinding on the hull, and you could hear the anchor dragging because the winds were so strong.

And I remember looking up in the dark. “Dan, was this a bad idea? Like, do you think we can actually do this?” He was very calm and very wise, and said, “We can do this. We’ve done all the right things.” He was kind of the voice of reason in all the doubt.

And the next day, the winds were calm. The sea was flat. The sun was out. For the first time, there were no clouds. And just as we were pulling the anchor up, I lifted up my binoculars to the horizon, and that was when I saw what looked like cannons going off in an old sea battle. It was all these whale blows backlit by the rising sun.

As we motored towards the whales, the blows getting closer and closer, I couldn’t decide what lens to put on the drone. It’s something I’ve done a thousand times, but I knew this could be the only flight. Finally, I was like, “Okay I just need to pick a lens and go.” Then I flew the drone up above the gathering. I have never seen anything so epic on a monitor screen, all these blows going off in front of snowy mountains. There were some 300 feasting whales. But to really appreciate how big these animals are, we needed to get in the water.

The biggest danger of the whole shoot was getting lost while diving. It’s very easy to lose divers in the open ocean. We were all kind of on edge when we dropped in. All we could see is blue. The water’s below freezing, so immediately you get this brain freeze. And then you wait. For permitting and disturbance reasons, the whales have to come to you.

We could feel the whales before we could see them. Fin whales make a really deep noise you can’t hear. But you can feel your guts vibrate. Then a big group of chinstrap penguins came whizzing past us. And then out of the gloom, I see this weird shape.

All of a sudden this giant fin whale mouth comes out of the blue and cruises right past me. It was so close we could look each other in the eye. There are no words to describe that feeling—to see an animal that big, that close. I followed its eye with the camera, and the body kept coming and coming. Eventually, the tail came past and I was like, “I’m not going to get shot like that in while.” But soon enough, another whale came along, then two more. All of a sudden there were whales coming from all directions.

After we got out and the sun started to dip, whale blows were still going off everywhere. I remember Martha Kane, the medic, turning to me and saying, “You need to take a look at this with your eyeballs. Stop trying to film it and just look at it.” So often with this job, you’re so focused on filming that you spend the entire time with your head in a monitor. I remember going up to the bow of the boat and looking out at the whales. It was like looking at a scene of what the planet was before humans messed it up.

I’m very lucky that I get to go all over the world and see amazing animals, but literally everywhere we go, a guide or scientist tells us, “You should’ve seen what it was like 10, 20 years ago.”

Wildlife populations are nosediving all over the world, but it’s possible to bring some of them back. Fin whales almost went extinct during the commercial whaling era. Now, thanks to protections and good governance, they’ve come back from the edge.

And to see this truly wild place, with whales and penguins and the snowy mountains behind them, it was really emotional. This is what happens when you give nature an opening. It’ll do the hard work, it will come back. We just need to give it the chance.

​​Bertie Gregory is an award-winning wildlife filmmaker and the host of the new Disney+ show Epic Adventures with Bertie Gregory. He is a National Geographic Explorer and has hosted six projects for National Geographic (Leopards at the Door, Jaguar Vs Croc, Wild_Life, Resurrection Island, and The Big Freeze). Resurrection Island won the Best Television Host award at the Jackson Wild Awards in 2019. Bertie also films for the BBC David Attenborough series Seven Worlds, One Planet, and is one of BAFTA’s youngest-ever cinematography winners.

Clinging to the underside of ice hundreds of feet thick, strange communities eke out a living, while researchers race to study them before they disappear.
nature

At least while the lions behave.
monkeys

Putting the wild in wildlife.
islands