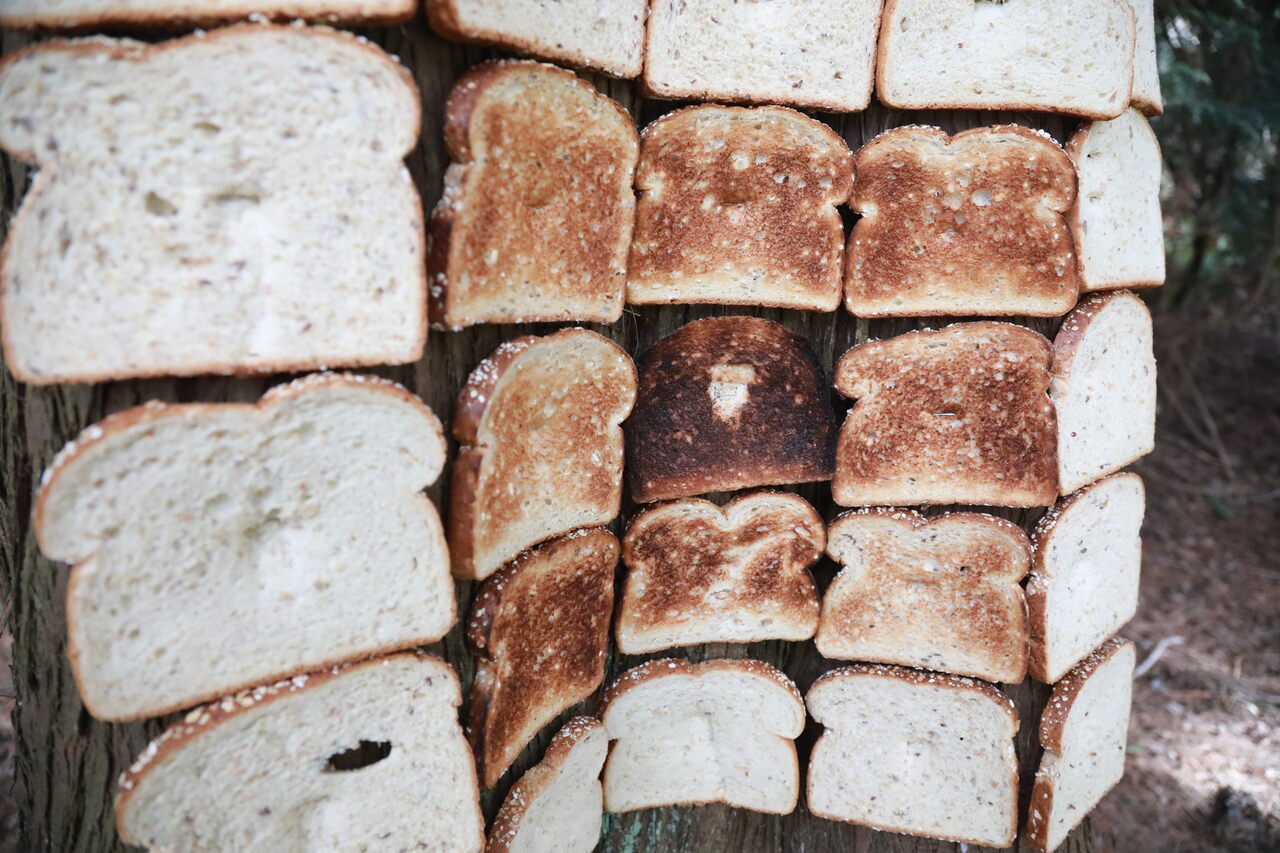 Just because. Courtesy Andy Chamberlain
In This Story
Destination Guide

Future historians will no doubt ponder the origins of the Sheffield Staplings of 2019. What motivated ordinary people to affix their hard-won bread to trees around the central English city? Was it an act of political resistance? A ritual expression of religious belief? A cryptic calling card for a secret society devoted to all things baked and arboreal?

Whatever the case, Reddit user flight0fthenavigator would like people to know that it “is NOT a cult. The Sheffield Staplings have probably led some people to believe this, but it’s not.” (Locals were, indeed, wondering.)

Sheffield, in truth, is only the most recent locale to become the focus of the subreddit “BreadStapledToTrees,” or BSTT, in which people post and discuss photos of their staplings. The forum was actually launched in 2017 by a user who has since deleted his Reddit account. Nevertheless, the subreddit has accumulated some 213,000 members. According to prominent BSTT member I_Say_Fool_Of_A_Took (real name Andy Chamberlain), the founding user and his friend had originally envisioned a subreddit about “whole wheat bread stapled to trees,” before they ultimately decided that was too specific. Soon, they opened the floor to…any kind of bread stapled to trees.

As for why the subreddit exists, “I honestly don’t know,” the founder answered in an archived post. And indeed, members have taken the forum in all kinds of directions. One user captioned their work as “art” and encouraged others to upvote it, so it would appear in Google searches for “art.” Another redesigned the Reddit logo to resemble bread stapled to a tree. Inevitably, a courageous and creative rebel figured out a way to “staple trees to bread.”

Chamberlain, 18 and far from Sheffield in Washington State, admits in a Reddit direct message that “it seems pointless.” But he’s completed five separate staplings, and even made a BSTT music video because “it brings joy.” He’s echoed by the user FluxOrbit, who wrote in a post that “people do it because it is random and weird, and for the fun of doing something so ridiculous and pointless.” User localblackandred, who recently completed her first staple, says in a direct message that she got involved simply because she “thought it was so funny.” She doesn’t much care that her mom and friends don’t get it.

Who knows which community BSTT will next take over, after it leaves Sheffield? Until then, the city is an apt choice for BSTT-ers. The Sheffield Tree Action Groups (STAG) report that 5,500 of the city’s trees have been chopped down in the last five years, with thousands more slated to follow. Perhaps the new doughy decorations could bring attention to the plight of Sheffield’s leafy residents.

Historic cuisine meets fine dining in a hotel-restaurant overlooking Hyde Park.
Want to see fewer ads? Become a Member.
From Around the Web
Travel With Atlas Obscura
Are you a curious traveler?
Join local experts in 50+ destinations for a once-in-a-lifetime journey.
View Our Trips
Thanks for sharing!