This ‘Cryptically Carnivorous’ Plant Has Been Hiding in Plain Sight, Waiting for Flesh - Atlas Obscura
Want to see fewer ads? Become a Member. 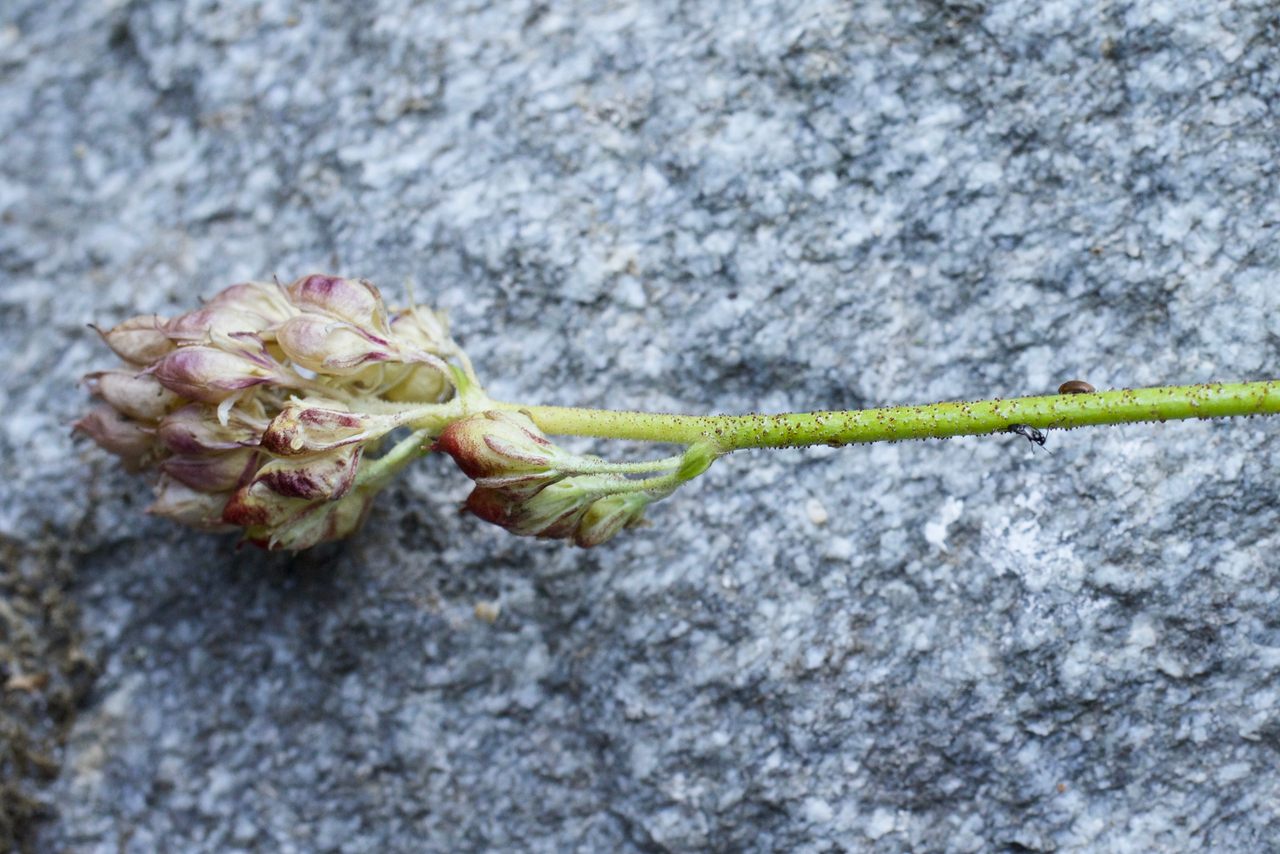 Insects, like these, which met their death in Washington's North Cascades National Park, can find themselves trapped on the plant's stem. Qianshi Lin
In This Story
Destination Guide

It’s a great place for a flesh-eater to hide out, unnoticed. British Columbia’s Cypress Provincial Park, overlooking West Vancouver to the south, has beautifully droopy yellow cypresses, with mountain hemlock and silvery fir for neighbors. Warblers, ravens, hawks, and woodpeckers fly above heathers, huckleberries, and ferns, where black bears, weasels, and coyotes pad past. Amid this profusion of life, a plant called Triantha occidentalis, or the western false asphodel, quietly waits to feast—though humans didn’t know what it was up to until now.

A few years ago, a team of scientists from the University of British Columbia (UBC) and other institutions began to suspect that there was something up with T. occidentalis, which lives throughout the Pacific Northwest and has been documented for well over a century. The spindly thing—topped with a spray of little white flowers—thrives in damp environments, often in the company of confirmed carnivores such as sundews and butterworts. The team had a clue something was up when they found that T. occidentalis was missing some genes that aid in photosynthesis. It’s rare to see such an elision in a plant—outside of heterotrophic ones, that is, plants that don’t use the sun alone as an energy source. Other members of the same lab decided to pick up the question of what, exactly, was fueling T. occidentalis. Now, in a recent paper in the Proceedings of the National Academy of Sciences, researchers from UBC and the University of Wisconsin-Madison confirm that T. occidentalis has an appetite for meat.

In portions of North America, at least, flesh-eating plants tend to congregate in bogs or deep, rain-fed kettle lakes carved by glaciers. In these water bodies, nutrients often sink to the bottom—or, without much runoff, may not be plentiful to begin with. Carnivory is a tough life, and only worth it when the tactic is a plant’s best option, says Iza Redlinski, a conservation ecologist at the Field Museum in Chicago. “From the plant’s perspective, it’s a lot of effort to lure an insect, capture it, digest it, [and] absorb those nutrients, while still probably photosynthesizing,” she says. Boggy Cypress Provincial Park is the kind of place where the trade-off makes sense. The patchwork of water and forest is “a perfect place for carnivorous plants,” says Qianshi Lin, lead author of the new study.

To figure out whether the park’s T. occidentalis plants really were feasting on creatures, Lin went out into the field to feed them, with a smorgasbord of lab-grown fruit flies.

Before presenting the flies to the plants, scientists gave each insect a tracking tag. Researchers mixed an amino acid with nitrogen-15, a stable isotope, into the flies’ food. If researchers subsequently find the same isotope in plant tissue, it’s an indication that they’ve been transferred from the animals. Using tweezers, Lin affixed the flies, one by one, to the plants’ leggy stems, which are dotted with stubby glandular hairs, reddish and sticky as rubber cement.

Lin’s team returned to the park after a week, then two, and found stems speckled with exoskeletons. The researchers harvested plants to haul back to the lab. They found that T. occidentalis was indeed siphoning that nitrogen and accumulating it in its stem and fruits. It was clear that the plant was getting energy from consuming the insects, but the researchers aren’t sure exactly how they pulled it off. “We didn’t examine how they absorbed the nutrients,” Lin says. “I suspect they use the glandular hair … but it’s just a guess.” However the plant managed it, the exoskeletons remained: The plants “can only digest the inner part of the insects,” Lin says.

When it comes to becoming a snack for the plant, size matters. “Human beings definitely wouldn’t be trapped—we’re huge and strong enough” to out-muscle the stems, which stand slightly more than 2.5 feet tall, Lin says. But T. occidentalis’s prey-ensnaring arsenal sits pretty close to its flowers, potentially turning pollination into a dicey proposition for smaller creatures. Happily, it doesn’t seem to be a problem. The butterflies and bees that pollinate the plant are “just big enough” to avoid becoming trapped, Lin says. The researchers observed that the stems were the end of the road for some unlucky mosquitos, beetles, and ants.

Lin, now a postdoctoral fellow at the University of Toronto Mississauga, described the plant as a “cryptic carnivore”—not a species unknown to science, but one whose appetite for insects flew under the radar. Chances are good that there are other cryptic carnivores out there, Lin adds, but “it’s really hard to say how many there may still be to find.” He hopes to study other, less-gummy plants in the same genus to see if they’re secretly feeding on flesh, too.

But researchers are facing a time crunch, because carnivorous plants in general, such as Venus fly traps and many pitcher plants, are vulnerable or struggling. In a sprawling 2010 review, researchers from the University of South Florida found that carnivorous plants across several continents face scores of threats, ranging from habitat loss for agriculture or development, to introduced species, pollution, and fires, to “overcollection” from people digging them up, often to sell. An even larger 2020 review in the journal Global Ecology and Conservation surveyed threats to 790 species of carnivorous plants and found that 116 were endangered or critically endangered, according to the criteria set out by the International Union for the Conservation of Nature. That team found that climate change and severe weather, including large, long-burning fires, pose major risks.

British Columbia’s 2021 fire season already ranks among the most destructive on record. In the long term, Lin worries that many bogs will dry out in a warming world. We may never get to make the acquaintance of some of the cryptically carnivorous plants that are still out there.

Farmers and foragers set up at sunset to sell hundreds of species valued in traditional medicine and ritual.
forests

Georgina Mace helped change the way both scientists and policymakers see living things, including the most vulnerable.
Video