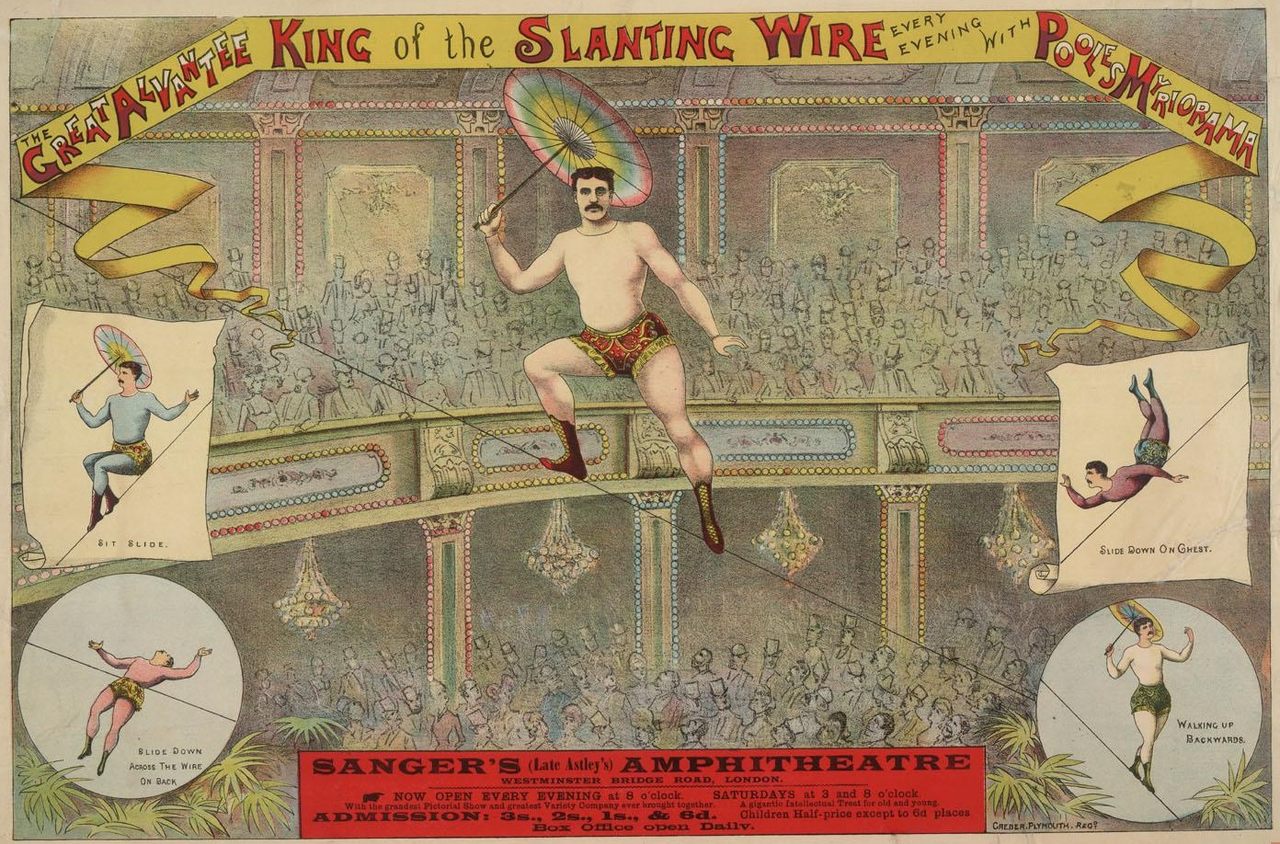 "The Great Alvantee, King of the Slanting Wire". All Photos: © British Library Board

Magic shows, wax works exhibits, hypnotism displays, circuses and séances. For the Victorians, there was no shortage of options for an evening’s entertainment, which may explain the hyperbole of their advertisements. “THE WONDER OF THE AGE”, proclaims the poster for a performance of “Mesmeric Seances”. “The Most Startling Mystery Ever Presented to the Public”, declares another, for a show at Egyptian Hall.

These attention-grabbing posters are the subject of an exhibition currently at the British Library, Victorian Entertainments: There Will Be Fun. Drawing mainly from the Evanion Collection, an archive of around 6,000 items collected by conjuror and ventriloquist Henry Evans Evanion, it explores how popular entertainment was advertised to Victorian audiences.

In addition to being a well-known entertainer who performed for Queen Victoria, Evanion was an avid collector of Victorian ephemera. It is thanks to him that we can see the promotional material for “The greatest performing elephant in the world” or for Madame Tussaud’s 1889 Christmas holiday attractions, items that may have otherwise been thrown away, plastered over or destroyed with time.

Atlas Obscura has a selection of images from the exhibition, which runs through to March 12, 2017.

One of her spies signed his reports with a familiar moniker: "007."
magicvictorianvisualphotography

The times have changed, but the thrill remains the same.
victorian

Your guide to the four techniques of hair work.
rites and rituals

A centuries-old practice with little place in the modern world.
witchcraft

Spellbinding selections from the Museum of Witchcraft and Magic.
Video