The Grave Farthest From Earth Is on a Spacecraft Headed Out of Our Solar System - Atlas Obscura
Want to see fewer ads? Become a Member. 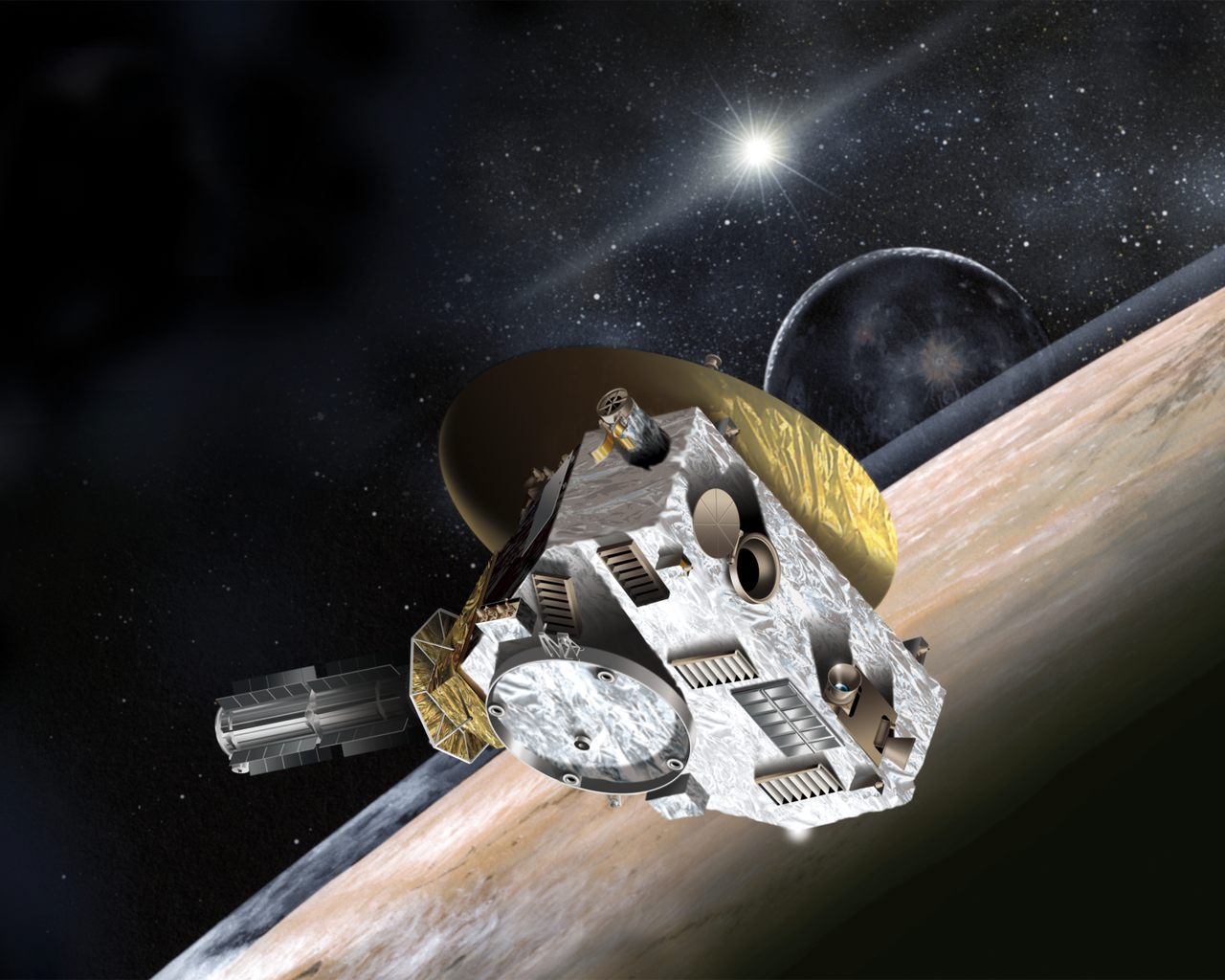 No human has ever flown closer to Pluto than Clyde Tombaugh did in 2015, 18 years after his death. That’s fitting, because he was also the first person to lay eyes on it.

When he first glimpsed Planet X, which would go on to be christened Pluto, Tombaugh was just barely 24 and largely self-taught. A farm kid from Streator, Illinois, Tombaugh had once rigged up a backyard telescope made out of parts from a cream separator and a 1910 Buick. He’d earned a gig at the Lowell Observatory, in Flagstaff, Arizona, on the strength of his independent studies. That’s where he spent months sifting through images of the night sky, looking for changes in the orbits of Uranus and Neptune that could potentially be chalked up to the presence of a planet that hadn’t yet been identified.

Speaking to the Associated Press, in 1990, Tombaugh admitted that the task was “tedious.” But, he added, “it was much more interesting work than farming, as far as I was concerned.” Anyway, he wasn’t one to be deterred—a biographer would later call him “one of the last old-style, freeze-your-tail-off observers.” And his steady scanning paid off. His discovery of Pluto reshuffled our understanding of the solar system and earned him a scholarship to the University of Kansas, which led to an academic post in New Mexico.

Tombaugh died in 1997. Nearly two decades later, one ounce of his cremated remains journeyed to the outer edge of our solar system inside an aluminum capsule aboard the New Horizons spacecraft. The capsule’s inscription eulogizes Tombaugh as a husband, father, astronomer, teacher, punster, and friend.

Since Star Trek creator Gene Roddenberry’s memorial spaceflight in 1992, roughly 450 people have been “buried” in space—though this often means that only a gram or so of their cremated remains took a brief journey to the stars before either returning to Earth on the same craft, or burning up during reentry. A number of space-burial companies, including Elysium and Celestis, are banking on big growth in the sector, where prices have fallen to be just a few thousand dollars more than the average terrestrial entombment in North America.

Still, no one has gone farther out into the lonely reaches than Tombaugh has. New Horizons—itself only the size, Wired reported, of a baby grand piano—zoomed within 7,800 miles of Pluto in July 2015, whizzing by at a speed exceeding 30,000 miles per hour. The spacecraft is still hurtling through space, on its way out of our solar system. It’s currently about five billion miles from Earth.

“I think my dad would be thrilled,” his daughter, Annette Tombaugh-Sitze, then in her 70s, told NASA, when her father’s remains were placed on board. “When he looked at Pluto, it was just a speck of light.”

The Parasite That Forces Bees to Dig Their Own Graves

Transgressors had to pay a heavy fine.
gravestones

A Mormon Pioneer's Grave, Marked Only With a Wagon Wheel Rim

Rebecca Winters's grave is one of the few that were marked at all.
cemeteries