Curious Fact of the Week: A Scale Model of New York City - Atlas Obscura
Want to see fewer ads? Become a Member.
In This Story
Place

Panorama of the City of New York

The crown jewel of the Queens Museum is a nearly 10,000-square-foot architectural model of the city originally built for the 1964 World's Fair.

895,000 tiny buildings compose the largest architectural model of a city in the world. The Panorama of the City of New York in the Queens Museum in Flushing Meadows-Corona Park was built for the 1964 World’s Fair as a commission from Robert Moses.

Moses was famously, or more accurately, infamously, the powerful parks commissioner who so profoundly altered the infrastructure of New York, and he was integral to the creation of the 1939 and 1964 World’s Fairs themselves. The panorama, built in the New York City Pavilion, took 100 workers three years to create with modelmakers Raymond Lester Associates. 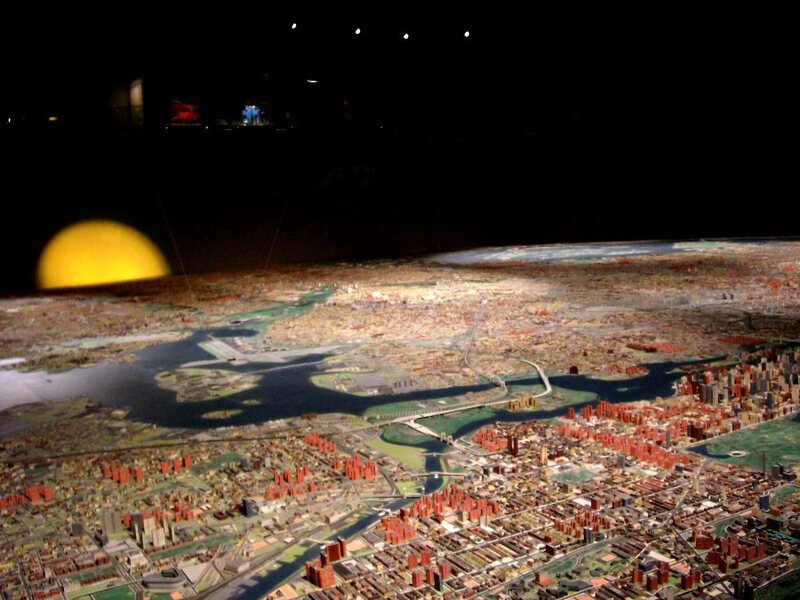 Sunrise at the panorama 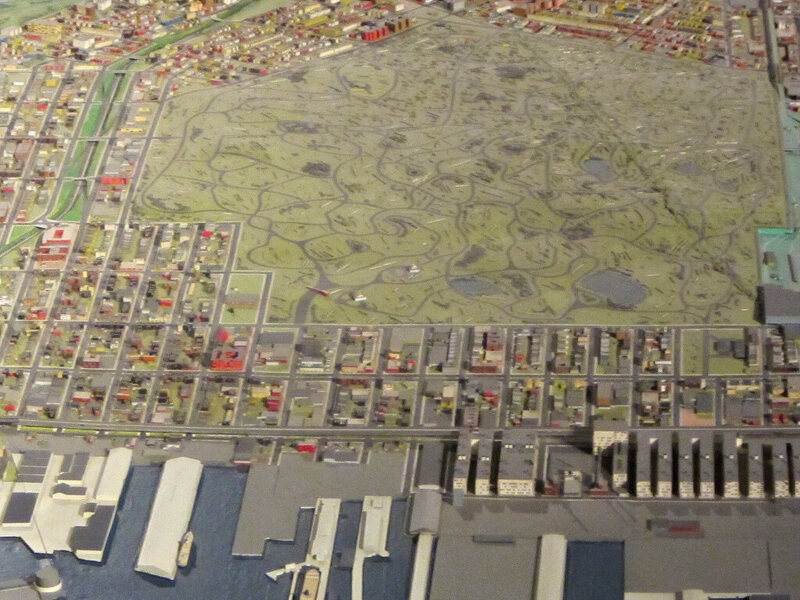 Using aerial views of the city and census maps, each building of the five boroughs was crafted in miniature, from the Wonder Wheel of Coney Island to Yankee Stadium in the Bronx and all the architecture in between, with parks and cemeteries plotted out and the blue water of the rivers created beneath the tiny bridges that connected the compact city. A giant light moves to show the sun rising and setting, casting darkness and light on the islands. 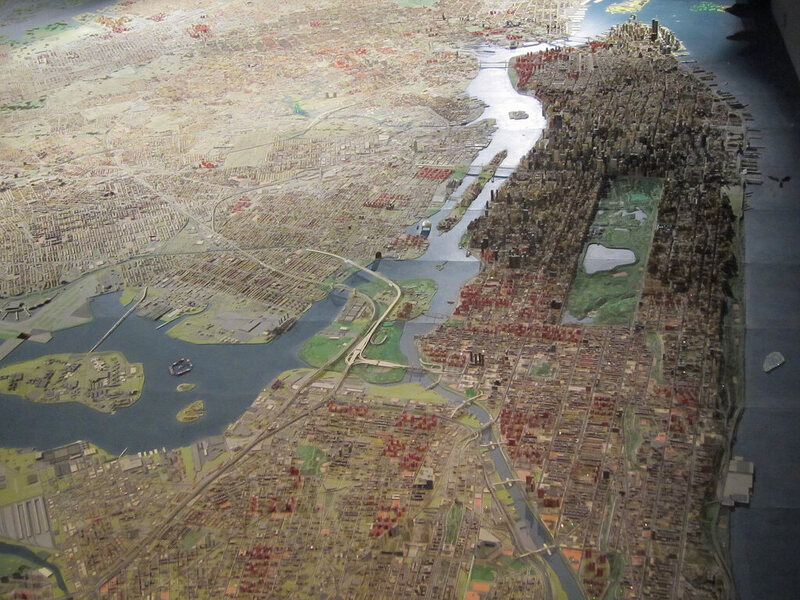 View to the south of the boroughs

The panorama was kept open after the World’s Fair and alterations to the urban landscape were made until 1970 by Lester Associates, but these later dropped off. A major update was made in 1992 that altered around 60,000 structures. In 2009, the Queens Museum declared that it planned to update the panorama on a rotating basis. Yet some changes have not been made. The Twin Towers will continue to stand in the panorama until the new World Trade Center buildings are complete, and then the miniature skyscrapers will be kept in a glass case within the panorama room as a reminder of their absence.

The majesty of nature, scaled down.
models

How a basement hobby turned into world-building.
models