The permanent home of Elektro, the celebrity automaton of the 1939 World's Fair.

When Elektro the robot made his debut at the 1939 World’s Fair he was a sensation. He could walk, talk, even smoke a cigarette, all with voice control. But his soaring success as America’s favorite robot wouldn’t last forever, and he was almost lost to retro-tech history as a jumble of dismantled parts. 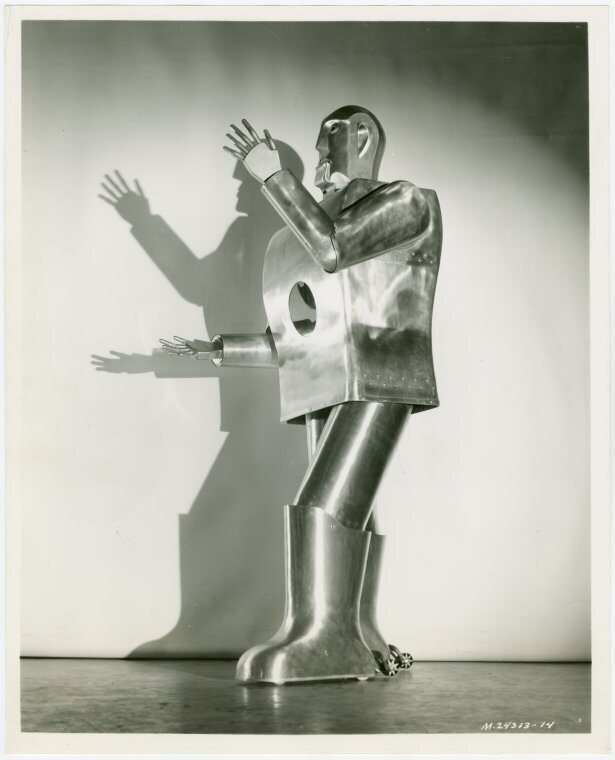 Elektro the Robot! (via NYPL)

Between the 1920s and 50s, Westinghouse built a whole army of mechanical men to show off their electrical engineering, including Elektro at the Westinghouse facility in Mansfield, Ohio in the late 1930s. Elektro was their first show stopper, perfectly embodying in his golden humanoid shape the wonder with emerging technology celebrated by the World’s Fair. Standing at seven-feet-tall and weighing 265 pounds, he could say around 700 words that droned off of a 78 rpm record player hidden behind a curtain. He could also twist his arms and head and even inflate balloons. When he returned for an encore at the 1940 World’s Fair he was joined by a robot dog named Sparko who could both bark and sit on command.

After the World’s Fair he embarked on a cross-country tour, basically as an elaborate advertisement for Westinghouse. Yet going into the 1950s he started to seem dated. Maybe it was the casual smoking, his tired jokes, or his addressing of visitors as “toots.” He was dismantled and his whereabouts became unknown around the 1960s.

Yet that wasn’t the end, and in a strange twist of fate he was rediscovered by Jack Weeks. Weeks’s father, an engineer at Westinghouse, had worked on Elektro and sheltered the robot in the family basement during WWII when the facilities were dedicated to war production. You can listen to Weeks tell the whole story, including the joy of having a robot in the basement as a kid, here on NPR. Years later, Weeks’s brother bought a house and found Elektro’s house in a box in its basement, and they later discovered the robot’s body in a barn.

Now Elektro is on permanent display at the Mansfield Memorial Museum, not far from where he was “born” at the Westinghouse company. A replica of Elektro is also on display in Designing Tomorrow: America’s World’s Fairs of the 1930s at the Museum of the City of New York through March 31, 2013.

More photographs of Elektro in his glory days are below, courtesy of the New York Public Library and Wikimedia: 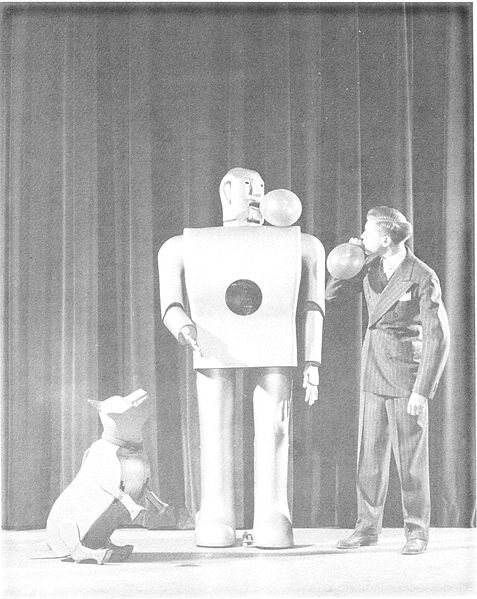 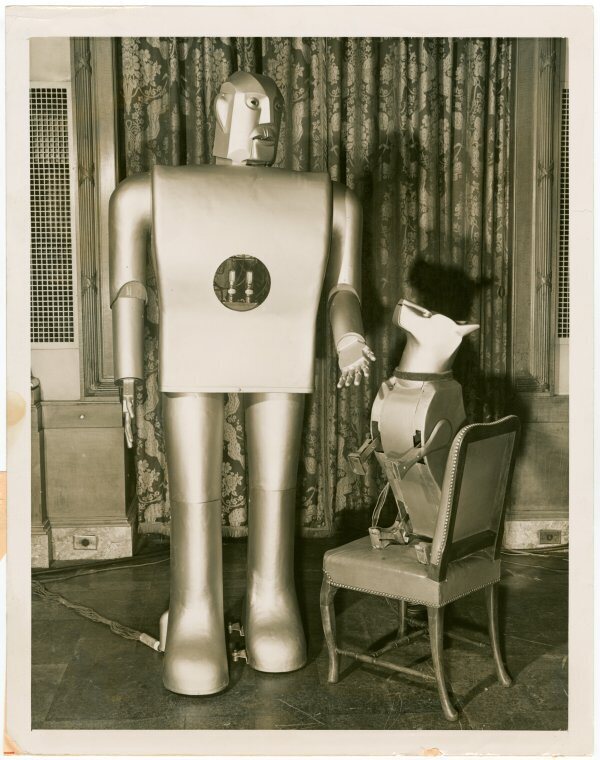 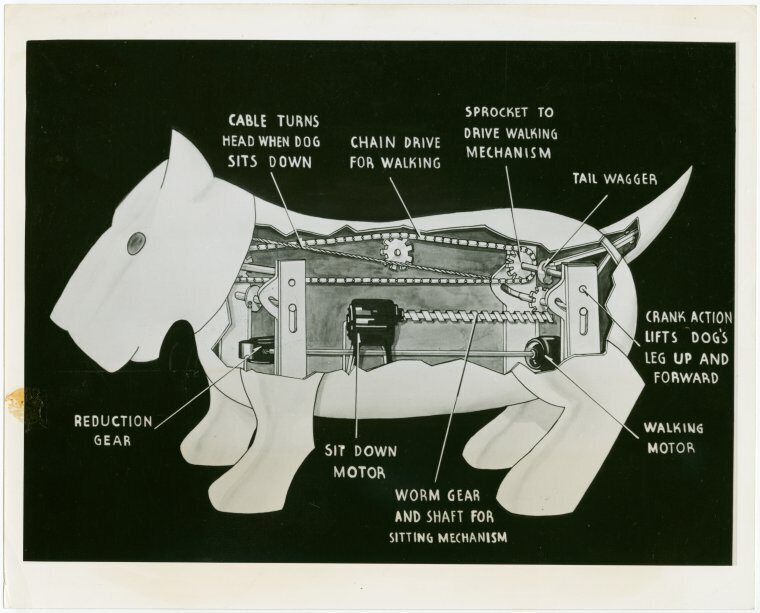 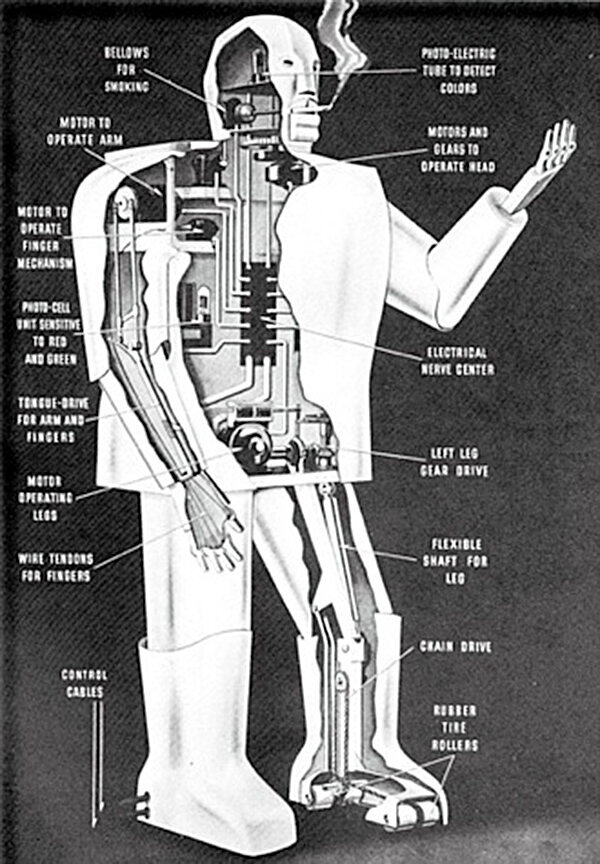 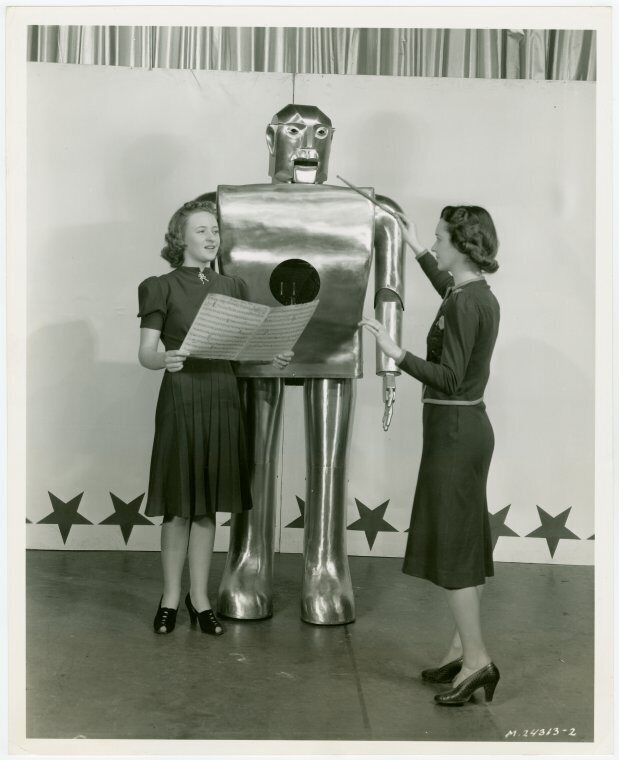 Elektro singing with a couple of ladies 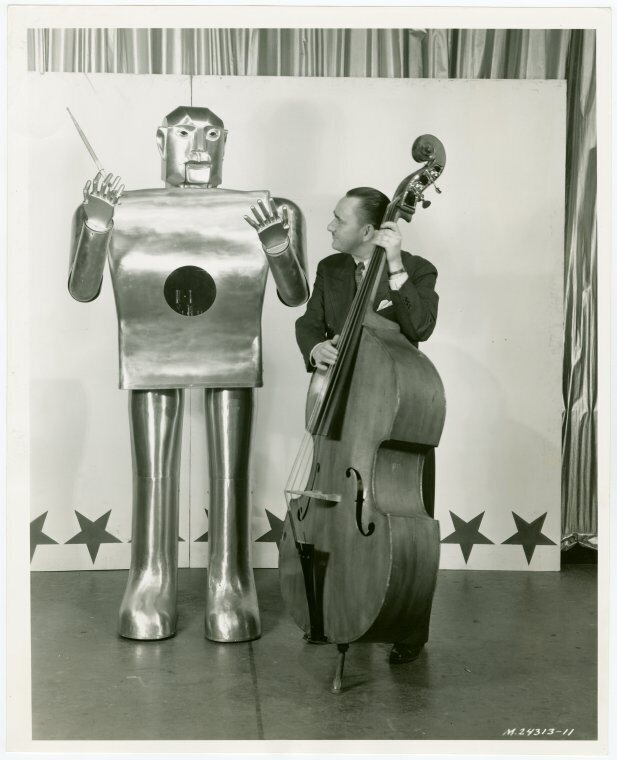 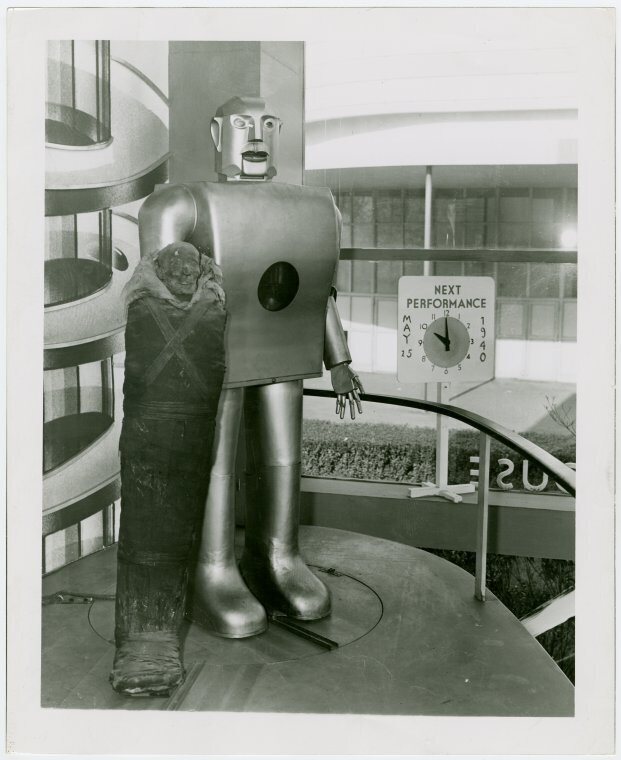 Elektro and, inexplicably, a mummy at the World’s Fair 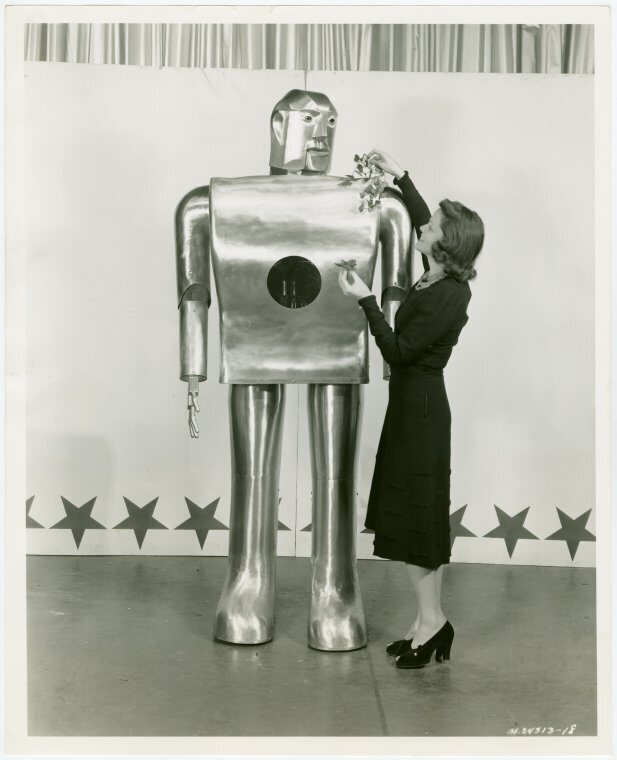 A woman showing Elektro some roses 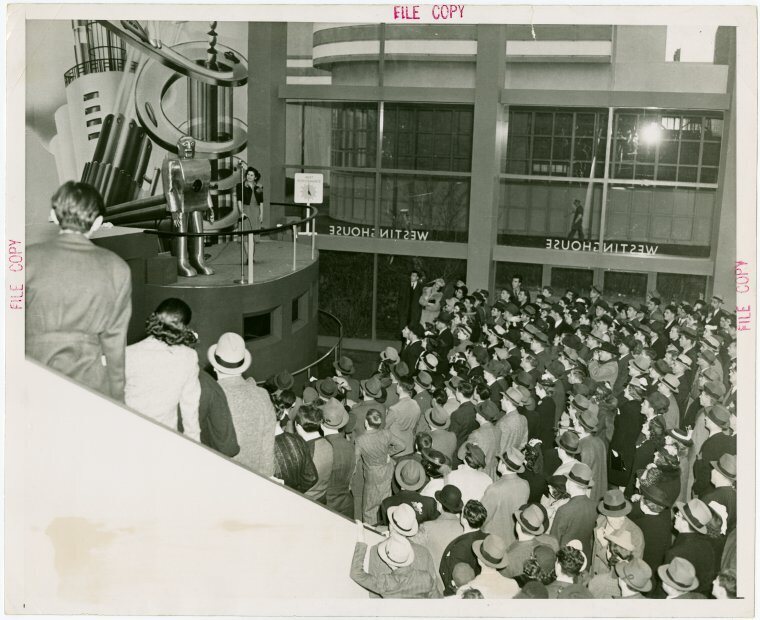 Elektro at the World’s Fair

Notes From the Field: Velaslavasay Panorama

The World's Fair showstopper highlighted the appetite for mingling science and apparel.
toys

These retro machines, which make plastic souvenirs right before your eyes, are as popular as ever.
Want to see fewer ads? Become a Member.
From Around the Web
Related

It started life as a jadeite boulder in modern-day Myanmar. Now it's a celebrated part of a Chicago museum.
Read more
Thanks for sharing!