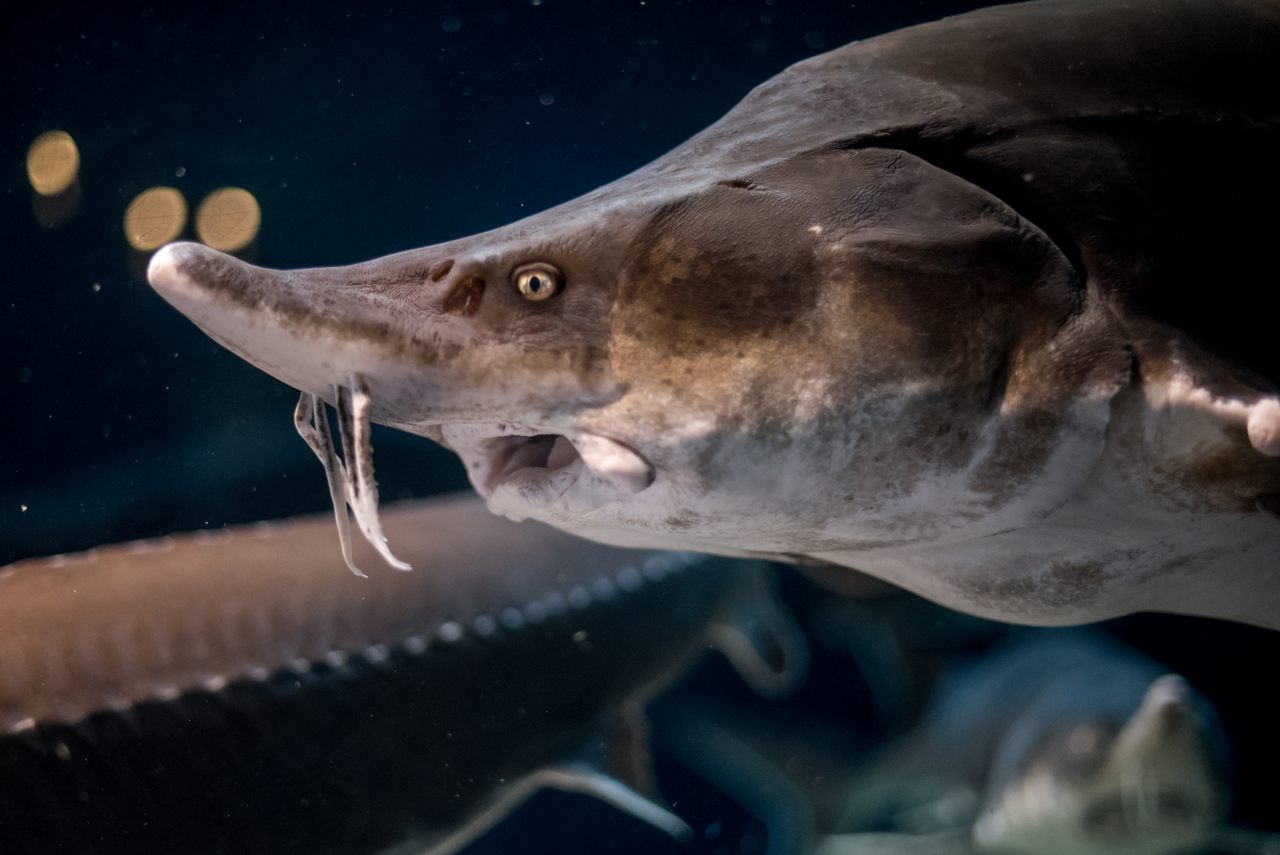 Consider the sturgeon. It’s a robust, odd fish that has seen little reason to change its evolutionary course since the Triassic, over 200 million years ago. Perhaps that’s because, for most of its time on Earth, the sturgeon didn’t have to deal with us.

Armor-plated and occasionally massive, sturgeon make up a family of more than two dozen species, nearly all of which are now staring down extinction. The demise of the sturgeon accelerated in the early 19th century, when countries such as the United States developed a taste for caviar, made from their roe. In the 20th century, major sturgeon populations were down by as much as 70 percent, according to World Wildlife Fund estimates. According to the International Union for the Conservation of Nature, sturgeon remain the most endangered species group on Earth overall. Significant environmental regulation has provided hope for recovery for American sturgeon populations, but it’s not the same everywhere.

The Republic of Georgia abuts the Black Sea and stretches deep into the Caucasus Mountains to the east. In those mountains are the headwaters of the Rioni River, a vital corridor and last refuge for the country’s sturgeon, of which there are six varieties: Russian, stellate, ship, European/Atlantic, Colchic, and the humongous beluga. The Colchic sturgeon no longer exists anywhere else in the world. Despite the river’s remarkable biodiversity, all the species are critically endangered—the most endangered fauna in Georgia. In May 2018, John Madsen, a sturgeon specialist at the University of Delaware, went to Georgia to help assess their populations. He uses side-scan sonar to penetrate the water and image the sturgeons’ muddy habitat. This time, however, Madsen’s work was interrupted by a sediment release from a dam, which creates visual “noise” that obscures the fish. It’s not the only thing that makes the sturgeons’ future cloudy.

“In western European nations, they have regulations in place that are enforced as well as the United States’, and they have top-quality scientists working on that data,” he says. “In the Republic of Georgia it’s a different situation. In that economy, caviar sold on the black market can become a livelihood for fishermen.”

This combination of lower regulation enforcement and greater public demand has put Georgian sturgeon in the middle of a continent-wide battle. In November 2018, a European committee published a 10-year action plan to address the threats facing sturgeon in Europe. “This plan is most probably the last chance to save Europe’s sturgeon species from extinction,” it read.

In addition to the illegal sturgeon trade, hydroelectric dams and gravel mining operations can obstruct the sturgeon’s migratory paths and complicate surveys. Climate change is bearing down on them, too.

“Changes in temperature and rainfall can influence water temperatures, levels, and flows, which can influence whether a species might persist in a given freshwater ecosystem, be able to migrate to historic spawning grounds, or have their offspring persist,” says Stephanie Januchowski-Hartley, of Swansea University in Wales, an expert in fish migration.

Only 16 percent of the river’s waters remain viable spawning grounds for sturgeon, according to Georgian sturgeon conservationist Maka Bitsadze. Sturgeon reach sexual maturity relatively late, too, which makes it difficult for the fish to reproduce before they’re poached.

And even if other environmental threats are addressed, poaching still stands in the way of recovery. “Everyone knows everything, but unfortunately the problem remains a problem,” says Archil Guchmanidze, an officer with Georgia’s Natural Environment Agency. Guchmanidze estimates that four or five tons of sturgeon have been illegally fished from the Rioni over the past few years. These sturgeon end up gutted for their roe, and their meat is also sold at pop-up roadside markets around the country. Beluga, which can grow to nearly 20 feet long and weigh well over a ton, might be taken when they are a mere three feet long.

Guchmanidze adds that Georgian resources for the enforcement of regulations are stretched thin, and officials need better technical equipment and monitoring before they can engage in further outreach or public education. He adds that many people just don’t realize how precarious the sturgeon situation is. “They think that sturgeon are just common fish, and that is not a priority for them,” he says.

“The sturgeon fishing traditions are deeply rooted in the culture of several European and Asian countries and this means that poaching is a very difficult phenomenon to be eradicated,” says Bronzi, “particularly in areas where fishermen have not been provided with an alternative means for livelihood.”

The issue is as economic as it is ecological. Guchmanidze and Bitsadze are seeking to establish a new protected area along the Rioni to protect spawning grounds and migration corridors. Bitsadze hopes the areas will be officially created by the end of the year.

Madsen says he hopes to return to the Rioni soon to attempt more surveys. “It’s a fascinating opportunity,” he says, “because where else can you find so many sturgeon?”

The animals face threats from climate change, fishing, and a tourism boom, but their biggest advocate remains hopeful.
genetics

Bovine researchers believe the world needs the only cow adapted to the largest tropical wetlands.
science

The region's first and only locally-run hatchery provides a boost for both fishers and the imperiled royal sea snail.
fish

Each spring, more than one million alewives navigate to the fresh water of Damariscotta Lake—with a little help
Video • Object of Intrigue