Everything You Wanted To Know (And Then Some) About Skull Racks - Atlas Obscura
Want to see fewer ads? Become a Member. 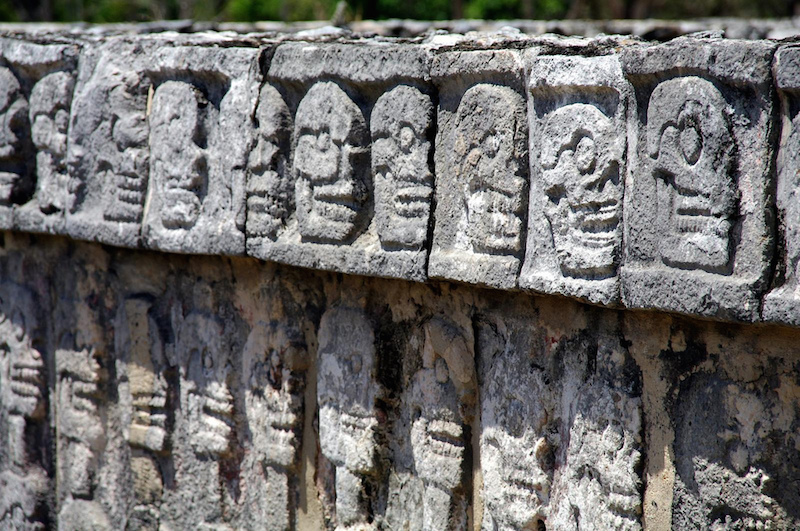 In ancient Mexico, there were once walls built with thousands of human skulls. When Spanish soldiers and explorers made contact with the people of Mesoamerica in the 16th century, they found many new things—including tzompantli, wooden scaffolding used to display human heads.  Tzompantli is an Aztec word that means “skull rack,” “wall of skulls,” or “skull banner.”

While the existence of these racks is undeniably macabre, their discovery has been a boon to archeology. Through histories written in the 16th century and forensic analysis of the skulls, we know details about the ritual human sacrifice the Aztecs performed to construct the tzompantli and how human heads were processed before they were skewered on the racks.

Like a giant abacus constructed with human heads instead of beads, the Aztec tzompantli were constructed with wooden beams with skulls skewered in rows on horizontal poles. The skulls displayed on these racks were harvested from victims of human sacrifice or from soldiers who died on the battlefield.   The most infamous of these structures was the huey tzompantli, or Great Skull Rack, in Tenochtitlán, the capital of the Aztec empire. 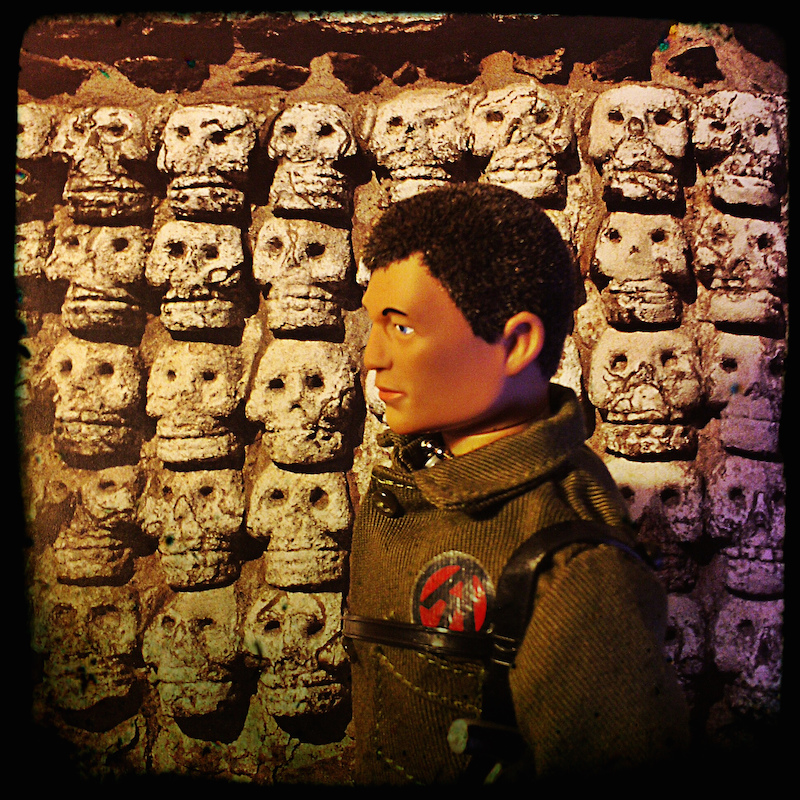 The huey tzompantli was an impressive, but gruesome, structure that was so big it held tens of thousands of skulls.  According to one account described by Diego Durán, a Dominican friar who chronicled Aztec history and culture in The History of the Indies of New Spain (1581), more than 80,000 people were sacrificed to celebrate the dedication of the Great Temple of Mexico-Tenochtitlán and their skulls were used to erect the huey tzompantli.  These skulls were changed out regularly and replaced with fresh human heads after human sacrifice rituals. 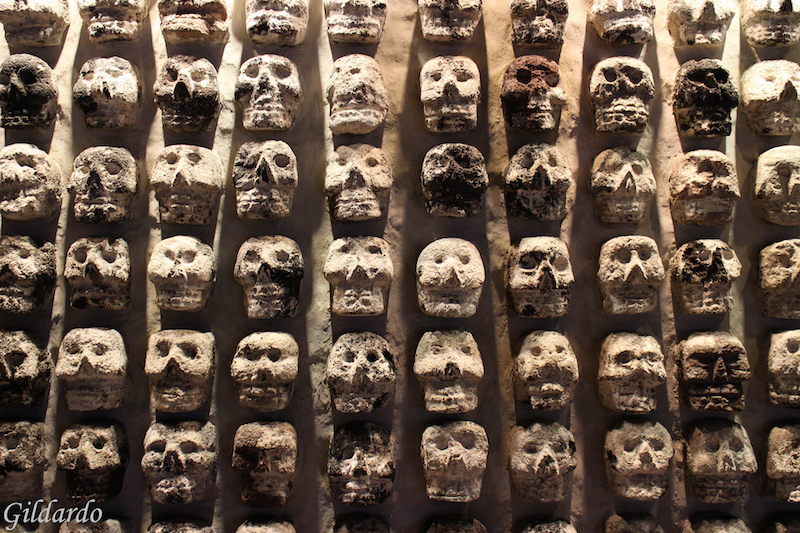 The process of human sacrifice, strangely, can also be understood as a kind of manual labor. The Aztecs worked in shifts during the human sacrifice rituals because the people tasked with the killing got “tired.”  It seems that cutting open dozens or hundreds of chests at once is hard work.  From The History of the Indies of New Spain:

Although tzompantli is an Aztec word, a variety of skull racks have been recorded throughout Mesoamerica and were built from the 7th to the 16th centuries.   Different types of skull racks have also been noted at archaeological excavations in Mayan and Toltec cities.   In Historia verdadera de la conquista de la Nueva España (The True History of the Conquest of New Spain) written in the late 16th century by Bernal Díaz del Castillo (abt. 1498– 1584), a Spanish soldier who traveled with Hernán Cortés during the conquest of Mexico, Castillo describes finding skull racks throughout Mexico:

“…They had many heads hung on some beams from one end to the other, and guarding those bones and skulls were three papas, who, as we understood, were in charge of them.  We saw more of this when we got further in land, in all the towns it was like this…”

During an excavation at Tenochtitlán’s twin city, Tlatelolco, in 1962 archaeologists found 170 skulls with their mandibles still attached and large holes on both sides of the cranium in the temporal and parietal areas.  The holes and the alignment of the skulls in groups of five suggested that they were once displayed on a tzompantli.   Archaeologists Carmen Maria Pijoan and Josefina Mansilla Lory analyzed 100 of these skulls for their paper titled Evidence for Human Sacrifice, Bone Modification and Cannibalism in Ancient México.  By analyzing these skulls Pijoan and Lory were able to find out more about the victims and how the heads were defleshed. 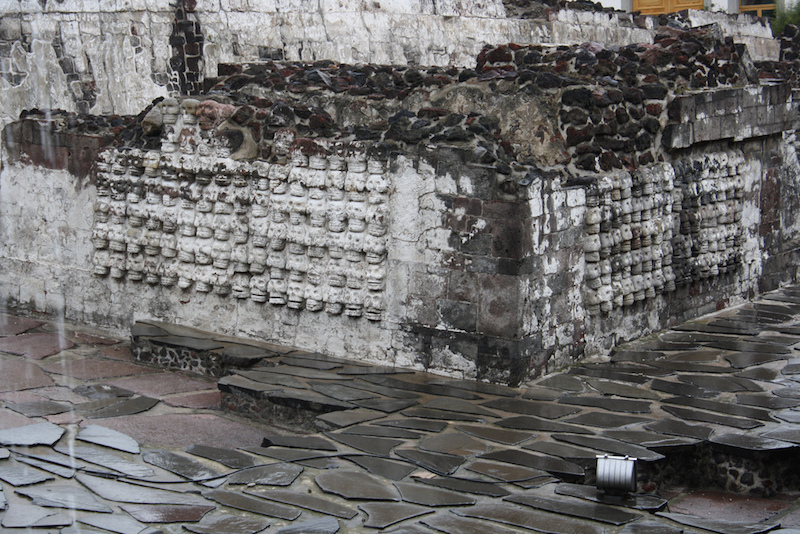 According to Pijoan and Lory, the skulls belonged to 43 females and 57 males who were between 18 and 40 years old when they were killed.  86 of these expertly prepared the skulls had bilateral perforations to hang on the beams of skull racks, and 13 only had holes on one side of the skull, which suggested they were likely the last skulls on the rows.  Pijoan and Lory argue “specialists” defleshed the heads of the corpses because of the skilled cutting techniques used to make large holes in the temporal bones without damaging the skull.  It’s hard to fathom but because the Aztecs sacrificed hundreds or thousands of people at one time, putting heads on a skull rack was once a job.