Fed Up With Fatbergs, an Australian Water Company Recorded a Jazzy Jingle About the Sewer - Atlas Obscura
Want to see fewer ads? Become a Member. 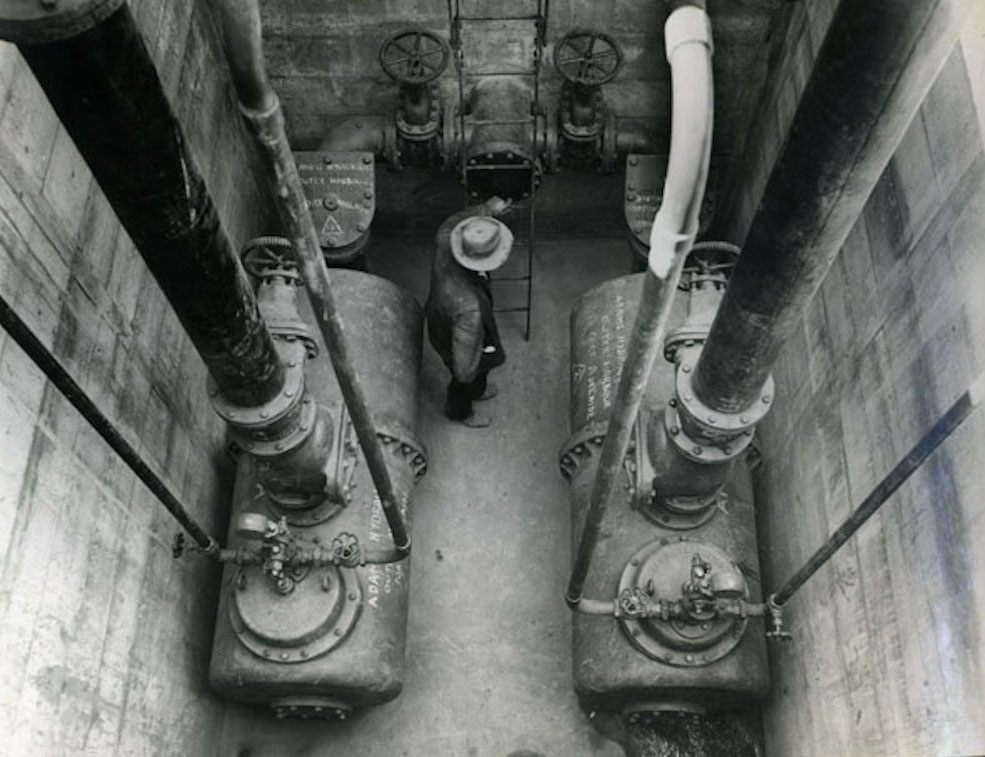 Fatbergs can throw a big stinking wrench in the works of sewer systems like the one in Adelaide (pictured here circa 1926). Courtesy SA Water
In This Story
Destination Guide

Australia’s landscapes are famously full of wondrous creatures, and that includes the ones in South Australia: The long-snouted numbat noshes on termites in the Yookamurra Sanctuary and beyond. The chicken-sized malleefowl mounds sand and leaves into nests on the ground. And the greater bilby—which looks a bit like a bunny that happens to have a pointy snout and sharp claws—burrows. Bilbies don’t go deep—less than a foot at a time—but they’re avid diggers. In fact, a single bilby can upturn some 20 tons of topsoil each year, according to the Australian Wildlife Conservancy.

Much deeper underground, there’s a whole other ecosystem—one engineered by humans and made of pipes. While you won’t find birds or marsupials moving through the sewer sludge, pipes in South Australia are home to an inanimate creation that looks a bit like a swamp monster—shaggy, gloopy, and meddlesome. Perhaps worst of all, it’s made from the stuff people flush down the drain.

Like London, New York City, and Charleston, South Carolina, South Australia has got a fatberg problem. Made of grit and saponified fats clinging to a matrix of sticky solids (such as wet wipes and condoms), the hulking pipe-cloggers can snake through a city’s underground guts, impinging the flow of water and causing nasty backups of sewage.

Combating fatbergs requires a range of approaches and artillery, from blasting the behemoths with water (to break them down into a slurry) to hacking at them with pick-axes (to break them into manageable bits).

But defeating the clogs is an expensive and time-consuming business, so prevention plays a big role too—and water utilities around the world have recently launched campaigns urging residents to pause before they pour cooking oil (or, for that matter, entire Yorkshire puddings) down the drain. In February, New York rolled out a series of comic book–style public-service announcements. In July, the South Australian utility SA Water released a jazzy jingle.

The 17-second earworm has a simple backbone—a folksy guitar and a singsong voice reminding listeners that nothing belongs in the toilet except for the “three Ps”—“paper, pee, and poo.” (New York’s ad campaign adds a fourth “p” to the mix—“puke.”)

“Everything else—the wet wipes, the nappies, the tampons, the pads—[doesn’t] break down,” SA Water innovation manager Anna Jackson told ABC Radio Adelaide. The cheerful jingle instructs listeners to think before they flush: “If it ain’t the three Ps,” the ditty goes, “pop it in the bin, please.”

Compared to, say, the monsters that have sprawled beneath English streets—a particularly gnarly one in London spanned more than 820 feet and weighed more than 130 tons—South Australia’s fatbergs are downright petite. But the cost to extract them is still hefty—$400,000 a year, according to SA Water.

Australia’s South West region is also fighting fatbergs. There, The West Australian reported, it can cost as much as $50,000 to unclog a blockage at a single pump station.

Meaning the best kind of fatberg is one that never exists in the first place.

What an Enormous Fatberg Can Tell Us About How Londoners Live

An "autopsy" on the congealed behemoth illuminates what people flush down the drain.
sewers

A Pretty, Seaside Town in England Vanquished Its Giant Fatberg

7 Big Things That Are Smaller Than This Fatberg

What can we learn from wipes, oils, and fats when they overwhelm the arteries of the modern world?
Video

10:07
Want to see fewer ads? Become a Member.
From Around the Web
THE GASTRO OBSCURA BOOK
Taste the World!
An eye-opening journey through the history, culture, and places of the culinary world. Order Now