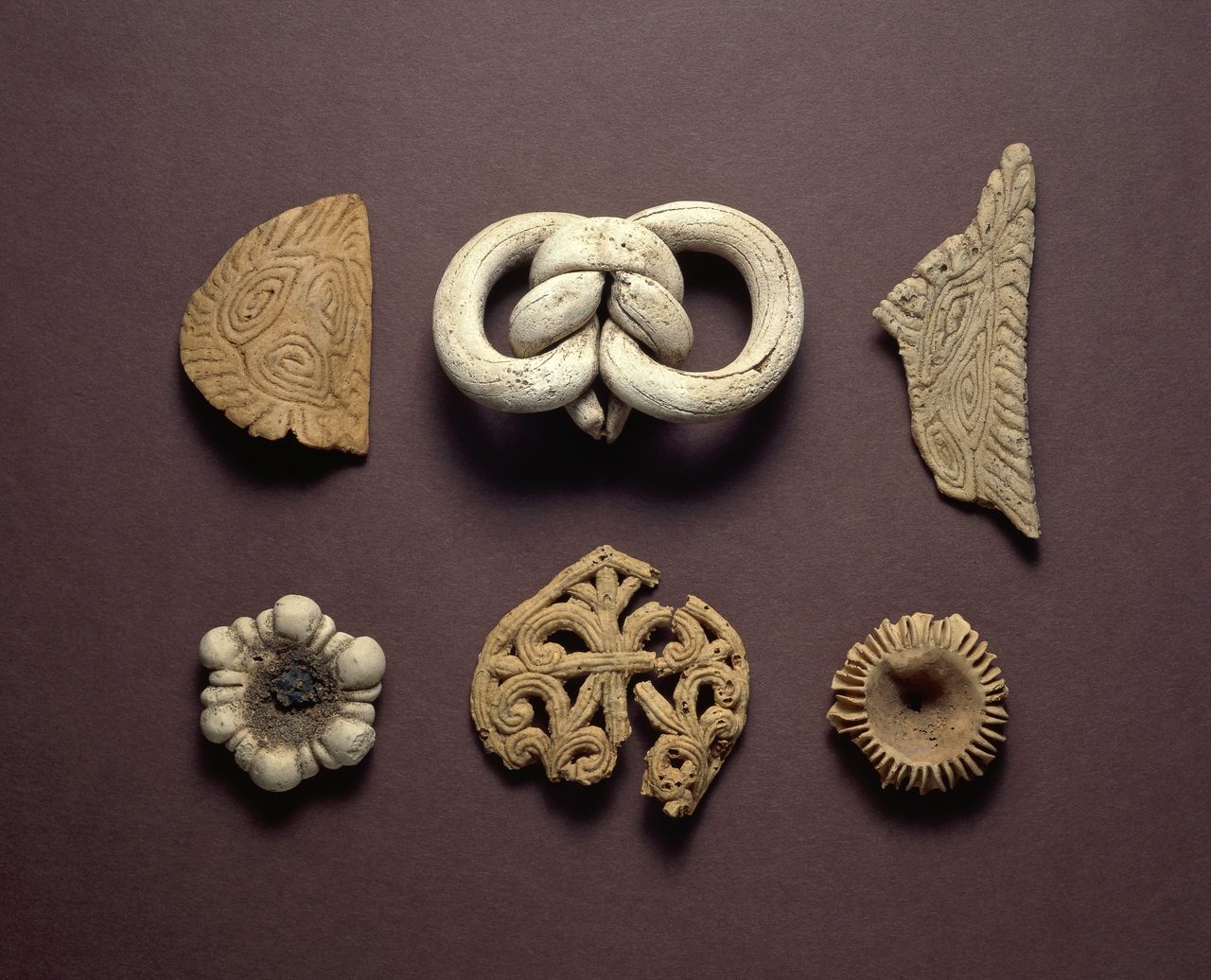 Even for Egyptian royalty, the afterlife was bring-your-own-beef.

At many a world-class museum, food and drink aren’t allowed near any of the artifacts. To be fair, it’s for good reason: Insects drawn by crumbs can damage displays, and curators are wary of rogue splashes of Mountain Dew.

But many museum collections actually contain food. In galleries showcasing mummies and priceless art, you can also find seeds, biscuits, and even ancient cuts of beef on display.

That preserved shoulder of beef, which is nearly 3,500 years old, can be found within Gallery 109 of the Metropolitan Museum of Art. Found at a pharaonic site near Luxor, Egypt, it was likely a funerary offering meant as a provision for a journey to the afterlife, perhaps for the young prince Amenemhat.

Similarly, the British Museum owns an array of broken pastries that look like cookies left at the bottom of a pink pastry box. In fact, they date from the eighth century. Found in a cemetery in China’s Xinjiang autonomous province, where the arid climate preserved them for 1,500 years, they’re considered some of the world’s oldest surviving pastries.

“The early collectors collected all sorts of things,” says Diana Craig Patch, the Curator-in-Charge of the Metropolitan Museum of Art’s Department of Egyptian Art. As they swept up remains of long-gone societies, collectors and excavators acquired innumerable artifacts, including ancient food objects. Because of what they reveal about those times and places, curators, in turn, sometimes place them under gallery lights. According to Patch, the “beefcase” is a bit of a bit player in the Met, a museum that contains famous Egyptian antiquities. But tour guides often point out the desiccated beef, since food offerings are essential to understanding ancient Egyptian culture. “That piece of beef guaranteed to someone that they would have food forever,” she says.

While archeologists have dug up foods that survived for centuries, an increased interest in documenting folklore and local foodways has led curators to seek food objects closer to home. The Pitt Rivers Museum at the University of Oxford, for example, has a set of Victorian-era potatoes donated from the surrounding countryside. These spuds were carried around in the hope that they could cure rheumatism. The caveat was that the potatoes had to be stolen.

At UC Berkeley’s Phoebe A. Hearst Museum of Anthropology in California, a precious food collection is even more contemporary. Curators there have assembled hundreds of food samples from Native American groups, which range from acorn meal of the Maidu people to a whale tail cured by the Tolowa people in Crescent City, on the California border with Oregon. The collection’s origins date to the early 1900s, when Berkeley’s first anthropology professor, Alfred Kroeber, made a mission of the “cultural documentation and salvage” of what he considered the fading of local Native American lifestyles, writes Ira Jacknis, a research anthropologist at the Hearst Museum.

Beyond explaining past societies, food catalogs can be resources for future research. Recently, a professor from UC Davis, Kat Anderson, received federal funding to review and identify the edible plants in the Hearst Museum’s collection. From the decades-old plants may come all kinds of insights about Californian ecology, which is especially vital as the climate rapidly changes. According to Jacknis, “We need collections like this to tell us what the local environment was once like and may be again, with proper restoration efforts.”

Sharing shelf space with dozens of artifacts in an out-of-the-way gallery, the Met’s beefcase exemplifies how food objects and (once-) edible antiquities have tended to play second fiddle to mummies, art, and other higher-profile artifacts. But over the past few decades, food has aroused both popular and academic interest, and museums have increasingly displayed their food offerings to a fascinated public. In the ‘90s, Jacknis himself curated an exhibition, “Food in California Indian Culture.” The exhibition included one of his favorite artifacts, a handful of dried smelt (small bony fish) given by Minnie Franks, a Yurok woman, to Barrett in 1960. “We enclosed these little fish in a plexiglass tray, lying on a bed of sand,” he says. Almost two decades later, local indigenous California cuisine is back in the news, as Berkeley’s own Cafe Ohlone is receiving rave reviews as an establishment sourcing and serving Native American cuisine.

As for the British Museum’s Chinese pastries, a decade ago they toured the country as part of an exhibition on China. They aren’t on display currently, since they are breathtakingly fragile. But according to Dr. Yu-Ping Luk, the British Museum’s curator of the Central Asian collection, guests are amazed when they see them. “It is remarkable to think that they [survived] from the eighth century,” she writes in an email. “They look like little treats that we could imagine eating today, especially the jam-filled tartlets or the one rolled like a pretzel.”

These reactions likely stem, in large part, from the improbability of something edible lasting several millennia past its expiration date. In a blog post, conservator Bronwen Harries pointed out that at the Horniman Museum in England, many food items in their collection, from their Polish cheese horse to their adorable bread eagle, were dried out and not meant to be eaten in the first place.

As for the Hearst Museum’s collection, notes Jacknis, preservation of organic materials boils down to keeping them in glass jars and monitoring them for pests. Patch, quoting mummy expert Salima Ikram’s book Divine Creatures, says that it’s unclear if meat mummies such as the Met’s beefcase were cooked in advance or preserved raw. Regardless, the meat has been around for 3,500 years, and it’s not going anywhere, seeing as it’s completely dried out and the climate-control system inside the Met is optimized for long-term preservation.

In the end, though, “it’s difficult to predict how long objects will last,” she says. That goes for any artifact, edible or not. But as long as these foods stick around, objects as simple as pastries can, as Dr. Luk notes, “bring us close to the lives” of the people who made them long ago.

Bottles, cans, and more can reveal a long history of industry, recreation, and shenanigans.
secret lives of museumsarchaeologyfoodmuseumshistory

Inside the two-decade-long effort to restore the mansion’s colorful frescos.
museums

The clandestine government organization is digitizing its collection.
Video