Sold: Papers From the Planning of the 1963 March on Washington - Atlas Obscura
Want to see fewer ads? Become a Member. 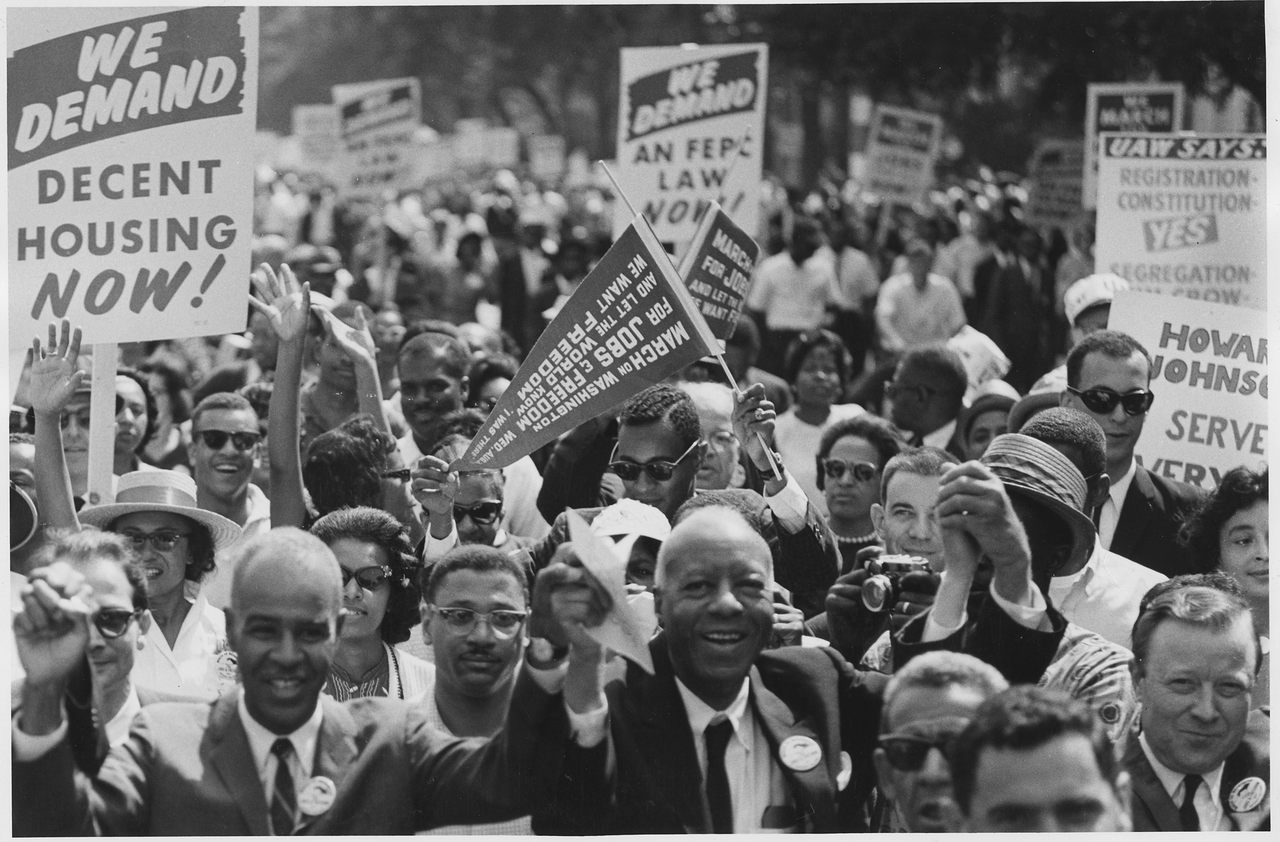 Just a few of the hundreds of thousands who attended the 1963 March on Washington. NAID 542003 / Public Domain
In This Story
Destination Guide

The study and sweep of history tends to turn real life into myth. In hindsight we imagine it unfolding in grainy footage, or in black and white, set to a sweeping cinematic score. It’s less like it physically happened, and more like it has always just been.

Throughout 2020 and into 2021, we’ve been reminded frequently and painfully that this is not the case—that history happens in real time, made and experienced by real people. The January 6, 2021, attack on the U.S. Capitol was an ultimate example of a historical moment that will someday be stills in a textbook, except we saw it in motion, with terrifying immediacy. It’s nice to be reminded, amid the chaos and loss and fear, of moments and people worth celebrating. Take the 1963 March on Washington for Jobs and Freedom—iconic for Martin Luther King Jr.’s “I Have a Dream” speech, and attended by hundreds of thousands of ordinary people.

Documents and memos from organizers of that unforgettable day show just how much planning and attention to detail went into ensuring the success of the peaceful March. An RSVP form issued by the Medical Committee for Civil Rights asks respondents to indicate whether they require financial assistance to attend the March, whether they’ll attend the group luncheon, and whether they’ll travel to D.C. via train or plane. A box allows participants to indicate how many $3 lunches they’ll be ordering, another asks if they’d like to receive additional forms to share with other potential volunteers. It’s a surprisingly prosaic reminder of the local, personal level at which world history is made. These documents and many others were auctioned in early 2021 as part of the “Activists and Social Leaders” sale at RR Auction. The March documents sold for $541.*

The papers instruct marchers, for example, to “[w]ear comfortable shoes, a head covering, and, if the weather forecast suggests rain, a plastic rain coat.” They are reminded to “[e]at a good breakfast before leaving,” and to bring “a thermos of ice cubes if traveling by bus or train.” A note, typed entirely in capital letters, urges marchers to remember that “THIS WILL BE A LONG, HARD, HECTIC DAY, AND THE OBJECTIVES OF THE MARCH ON WASHINGTON FOR JOBS AND FREEDOM SHOULD BE KEPT IN MIND SO AS TO PREVENT LOSS OF TEMPER, ETC…” The sense of difficulty and commotion and concern is not necessarily captured in bird’s-eye-view photographs, or a recording of Dr. King’s speech. But these documents, in their way, say as much about the event as that speech does. They reveal the work of the individuals who were essentially organizing field trips on the scale of a quarter-million people for a cause greater than them all.

Norman Hill worked as staff coordinator for the March, frequently traveling from his home in New York City to states throughout the Midwest to rally civil rights groups and other activists to join the March. Their participation was not a forgone conclusion, he says, with “internal rivalries” threatening to keep some people on the sidelines. He stresses that the March would have never happened if not for the organizational genius of A. Philip Randolph and Bayard Rustin—both icons of the civil rights movement.

These documents stand out among the auction’s offerings—which includes pieces signed by luminaries such as Dr. King, Malcolm X, Nelson Mandela, Helen Keller, and Anne Frank’s father, Otto, in addition to several presidents—precisely because of their everyday utility. They’re evidence of the unsung individuals who turn movements into social change.

Nearly 60 years after the March on Washington, Hill, 87, is still thinking about the work he and his colleagues did to “expand democracy”—especially now, when there is an “effort to undercut” it and “thwart the will of the majority of the American people,” an effort that has been unfolding in the very same place.

*This article was updated to include the sale price.

He's a towering figure in history, but his story is far from complete.
photography

In 1968, thousands of protesters camped on the National Mall as part of the Poor People's Campaign.
museums