Listen to the Sick Beats of Rhubarb Growing in the Dark - Gastro Obscura
Want to see fewer ads? Become a Member. 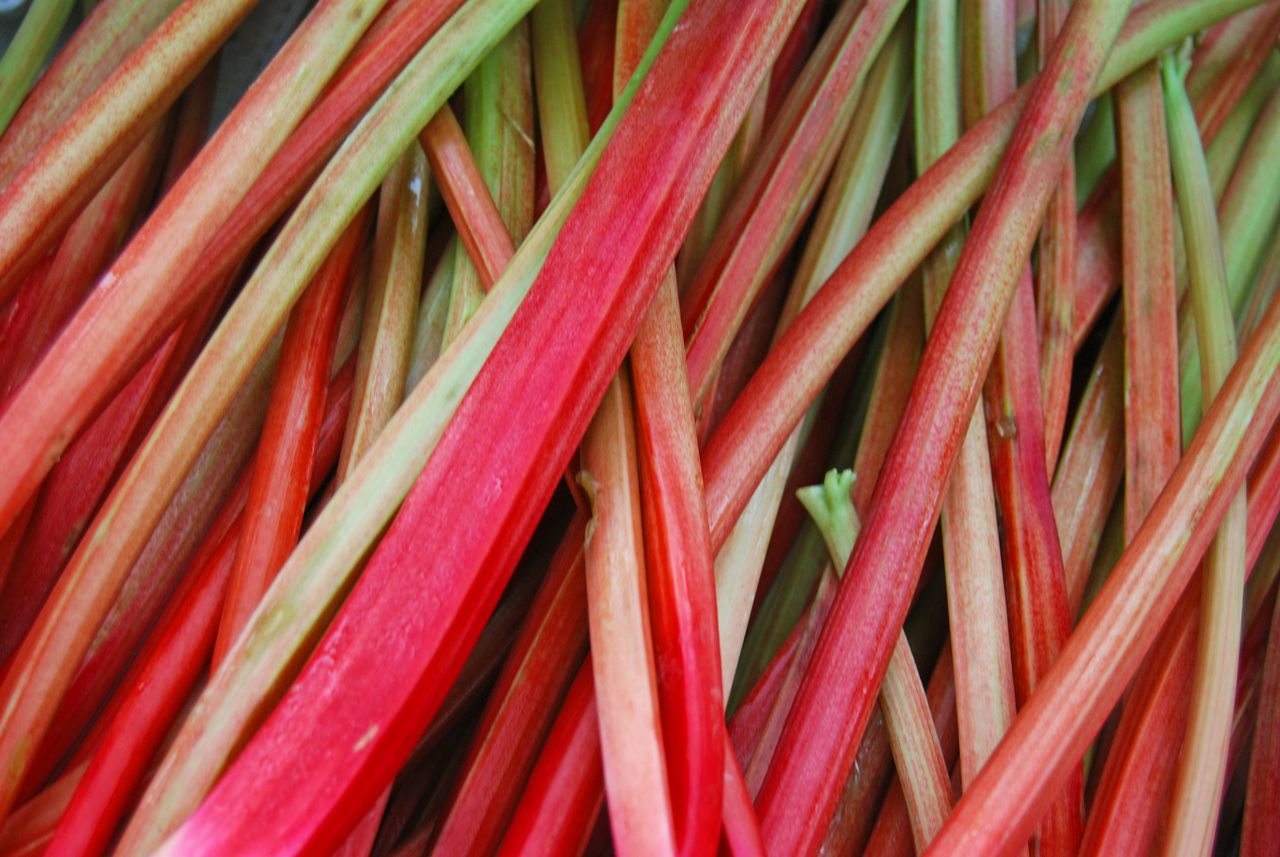 Rhubarb isn't just colorful and tart, it can also be noisy. Alice Henneman/CC BY 2.0
In This Story
Place

A stretch of land where the sour-sweet vegetable is cloaked in darkness and grows so fast you can hear it crack, squeak, and pop.

Everyone’s always going on about the sound of the leaves rustling in the trees, but if you want your mind blown by plant sounds, check out rhubarb growing in the dark.

Forced rhubarb, which is made to mature in near total darkness, grows at such an alarming rate—as much as an inch a day—that it actually makes squeaks, creaks, and pops as it gets bigger. It makes for sweeter rhubarb, growers say, and sick beats.

“I’m not patient enough to sit in the building, but I have heard the noise before. Growing against each other. You really have to listen for it,” says Brian French, a fifth-generation rhubarb grower and co-owner of the Lennox Farm in Melancthon, Ontario. French says that while he generally can’t hear the cracks and pops made by the rhubarb because of the loud fans and other noise, the sounds are definitely there.

The method of growing forced rhubarb dates back to the early 1800s, and continues in much the same way today. Farmers let the rhubarb grow out in the open for two years, as the roots collect and store calories. Then the plants are transplanted to lightless growing sheds around November, where they continue to grow—warm, but out of season and in the dark. The rhubarb grows without photosynthesis, which normally makes the plant tough and fibrous. “You get a lot more tender, less tart rhubarb. There’s not too many strings. Outside rhubarb is quite stringy. When you’re cooking with [forced rhubarb] you use around 40 percent less sugar,” says French. The process also results in deep, red stalks, without the normal green shading.

As the stalks burst up out of their initial buds, they create a distinct popping sound, and as they get larger, the stalks rub together and create squeaks and creaks. “It’s growing over an inch a day. It’s not like your field or garden where things are growing two to three feet apart,” says French. “Every root is right tight to one another.”

According to a terrific Munchies article on the process, forced rhubarb production saw its heyday around World War II, when there were hundreds of farms within the United Kingdom’s “Rhubarb Triangle.” The popularity of the labor-intensive vegetable and pie staple saw other pockets of growers spring up across the pond as well. Today, however, there are relatively few left. “In Canada, in the 1970s, before the oil crisis hit, there were more than 70 growers. We’re one of the last,” says French. “I know of another guy who grows a little, but he’s an older gentleman as well, and I don’t know if he’s carrying on the tradition or not. There’s a fair bit in Michigan, and out in Washington state.”

While forced rhubarb isn’t as popular as it once was, its sounds still stand out, even if the farmers themselves don’t always have the time to take it in. “If you want to turn all the power things off and sit there and relax,” French says, “it would be kind of neat to listen to.”

Why Coconuts Were Accused of Meddling in Politics