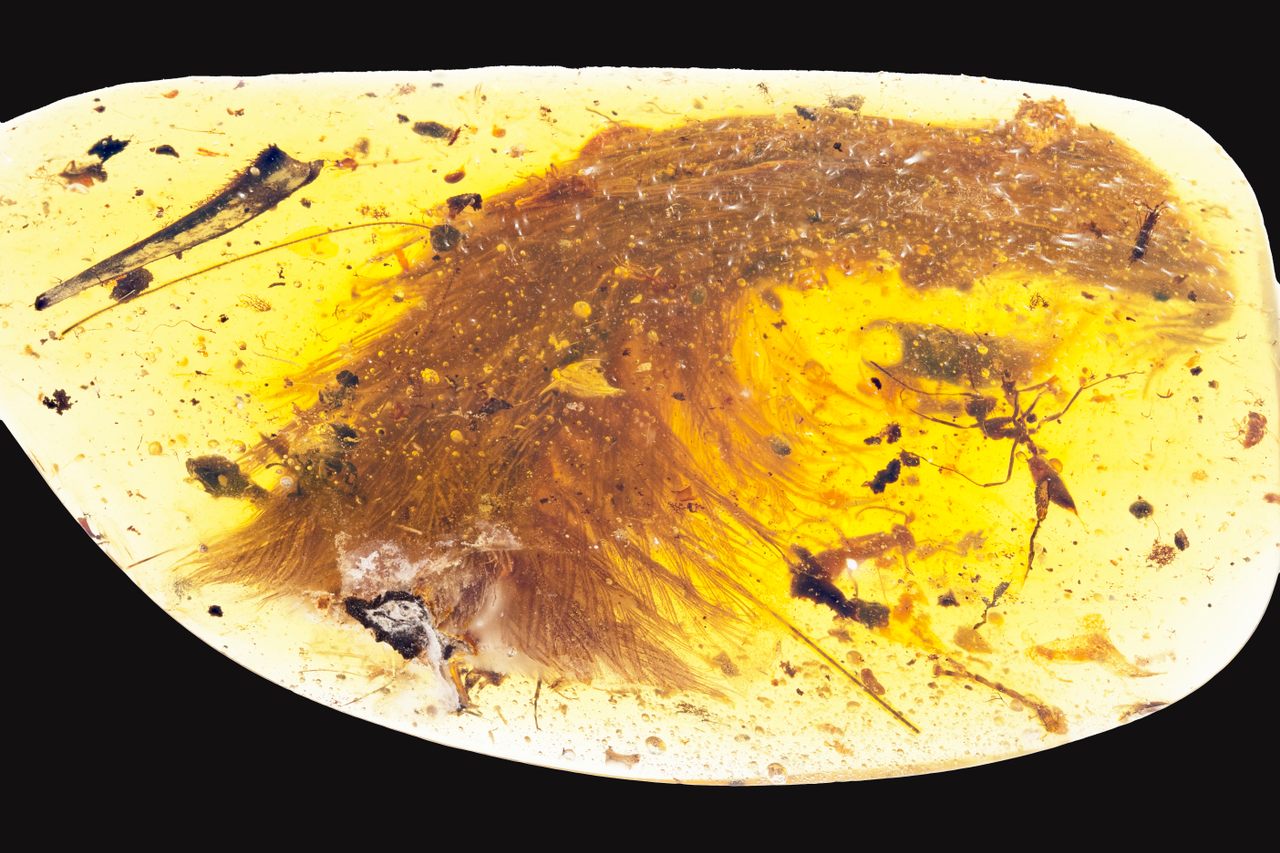 In Myitkyina, Myanmar, not far from the border with China, there’s an amber market that sells nuggets extracted from mines nearby. Lida Xing, of the China University of Geosciences, was browsing there when he found a piece of amber with an alluring specimen inside. The seller, the Los Angeles Times reports, thought might be a plant. But the paleontologist had another idea.

His hunch was right: trapped inside the amber was a thin piece of dinosaur tail. And it was covered in feathers.

The fossilized tail is 99 million years old and belonged to young coelurosaur. Preserved in the amber are its bones, soft tissue, and the feathers that covered its tail. The paleontologists who analyzed the tail knew the bones belonged to a dinosaur and not a bird because the vertebrae were articulated; birds and their most direct ancestors have fused vertebrae in their tails. They believe the top feathers would have been a “chestnut brown,” with white on the other side. They’re small enough that if all the feathers on the tail were of this size, the dinosaur would not have flown.

No fossil quite like this one has ever been found before. It is “an astonishing fossil, highlighting the unique preservation potential of amber,” the paleontologists write in their paper announcing the find, published in Current Biology.

You can look into the face of a dinosaur.
dinosaurs

Pterosaurs were so big!
dinosaurs

23,000 square miles of Patagonia is one of the most productive fossil-hunting grounds in the world.
dinosaurs

FOUND: So Many Scottish Dinosaur Footprints