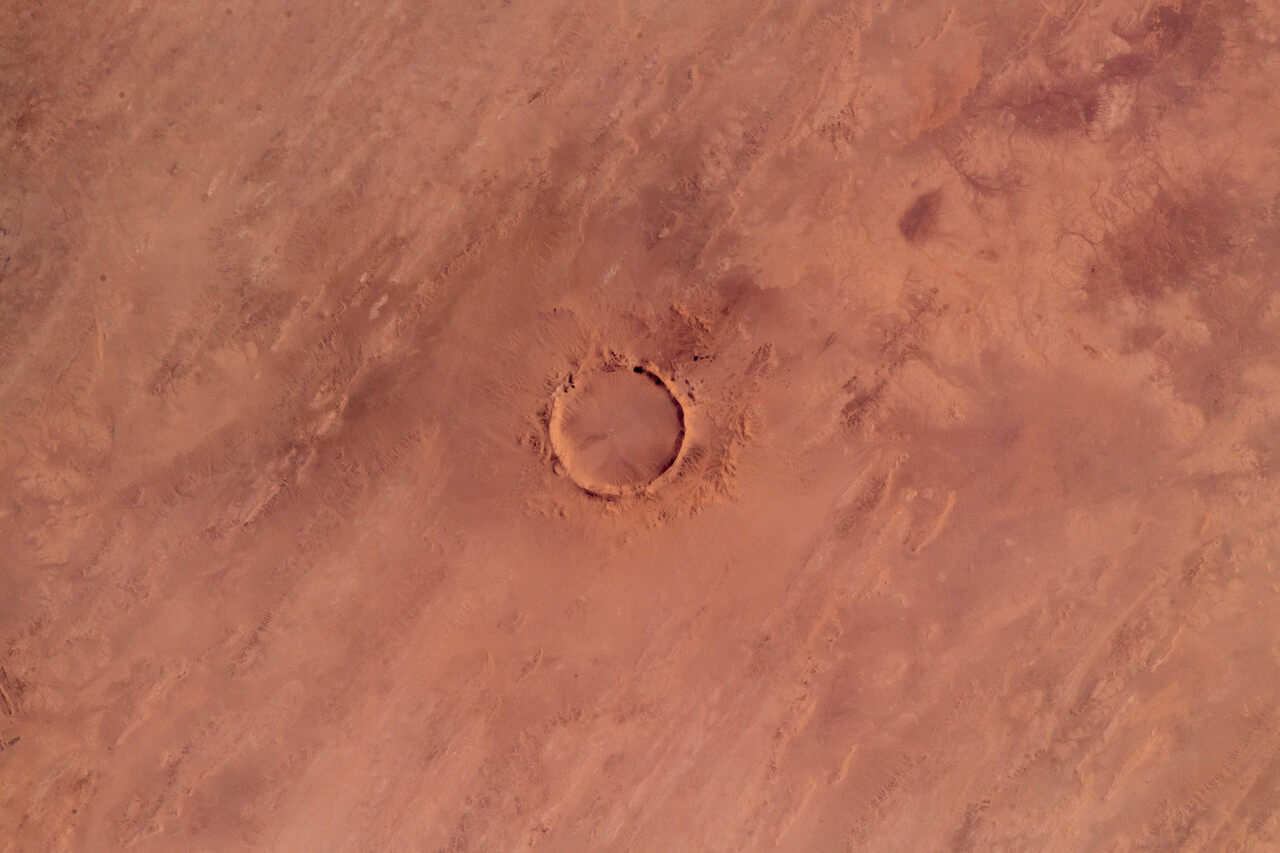 They don't often hit humans, but when they do, they hurt. Astro_Alex / CC BY-SA 2.0
In This Story
Destination Guide

A little star twinkling sounds like a cute thought—until that star starts rapidly growing in size, forcing you and everyone nearby into shelter as it pelts the Earth with extraterrestrial strata. Meteorites rarely cause even injury with their otherworldly masses, but in August 1888, a space rock apparently went the whole nine yards, striking and killing one man and paralyzing another in Iraqi Kurdistan.

The death was recently ID’d in documents found in the Turkish state archives, and reported in a paper published in the journal Meteoritics and Planetary Science. Among 60-million-odd archival papers recently digitized was a 130-year-old manuscript that recorded the lethal meteorite strike.

“We were looking [through] the archives for a long time,” says Ozan Ünsalan, a physicist at Ege University in Izmir, Turkey, and lead author of the new study. “[We searched] keywords like ‘meteorite,’ ‘falling stones,’ and ‘fireballs.’”

The report was originally written in Ottoman Turkish—a language read and spoken like modern Turkish, but written with an admixture script of Arabic and Persian—which is why it may have evaded detection until now.

If you knew the true frequency of meteorite impacts, there’s a good chance you’d never leave the house. NASA’s fireball database looks like a Jackson Pollock painting, with a profusion of multicolored dots perforating a map of the world.

That said, actual meteoritic casualties are extremely rare. Though injuries by meteorite and meteorite shockwave have occurred before—in 1954 a woman in Alabama named Ann Hodges was smacked by a fallen meteorite while snoozing (she fortunately survived); in 2013 hundreds in Russia suffered secondhand injuries from broken windows and other shrapnel linked to the Chelyabinsk blast—no deaths from a strike have ever been credibly verified.

The newly discovered Turkish documents precede the famously massive Tunguska explosion of 1908, which may have killed two people, and are more evidence-based than a 1677 manuscript from Italy—which even NASA cites—in which an Italian monk was killed by a stone “projected from the clouds.”

Of course, most space rocks don’t make it through Earth’s atmospheric aegis. And those that do need to be big enough—and have a one-in-an-unscientific-million trajectory—to hit a human target. Which is why those two individuals in late-Ottoman Kurdistan were very, very unlucky.

The manuscript documenting the death and paralysis describes a “fireball” and a slew of meteorites striking a hill in Sulaymaniyah—now in eastern Iraq (also: a sister city of Tucson, Arizona)—and damaging crops. What was left of the meteorite was sent by the governor of Sulaymaniyah to the central Ottoman government.

The meteorite sample has long since vanished, but Ünsalan believes it could be buried in some forgotten corner of Turkey’s science collections—perhaps in the archaeology museum in Istanbul. More documents from the old archive are still being digitized, so the team is hopeful it will learn more about this event—one that occurred at the literal intersection of space and time.

“The feeling [we have from our work thus far] is just awesome,” Ünsalan says. “Because we[‘ve] contributed to science and history at the same time, with one shot.”

The Dazzling Bioluminescence of Waves in California

Before the Iron Age, Most Iron Came From Space

New research is showing just how coveted meteoritic iron was in the Bronze Age.
ruins

Clues to who the 19th century Frenchman was can be read on his unusually preserved remains.
women