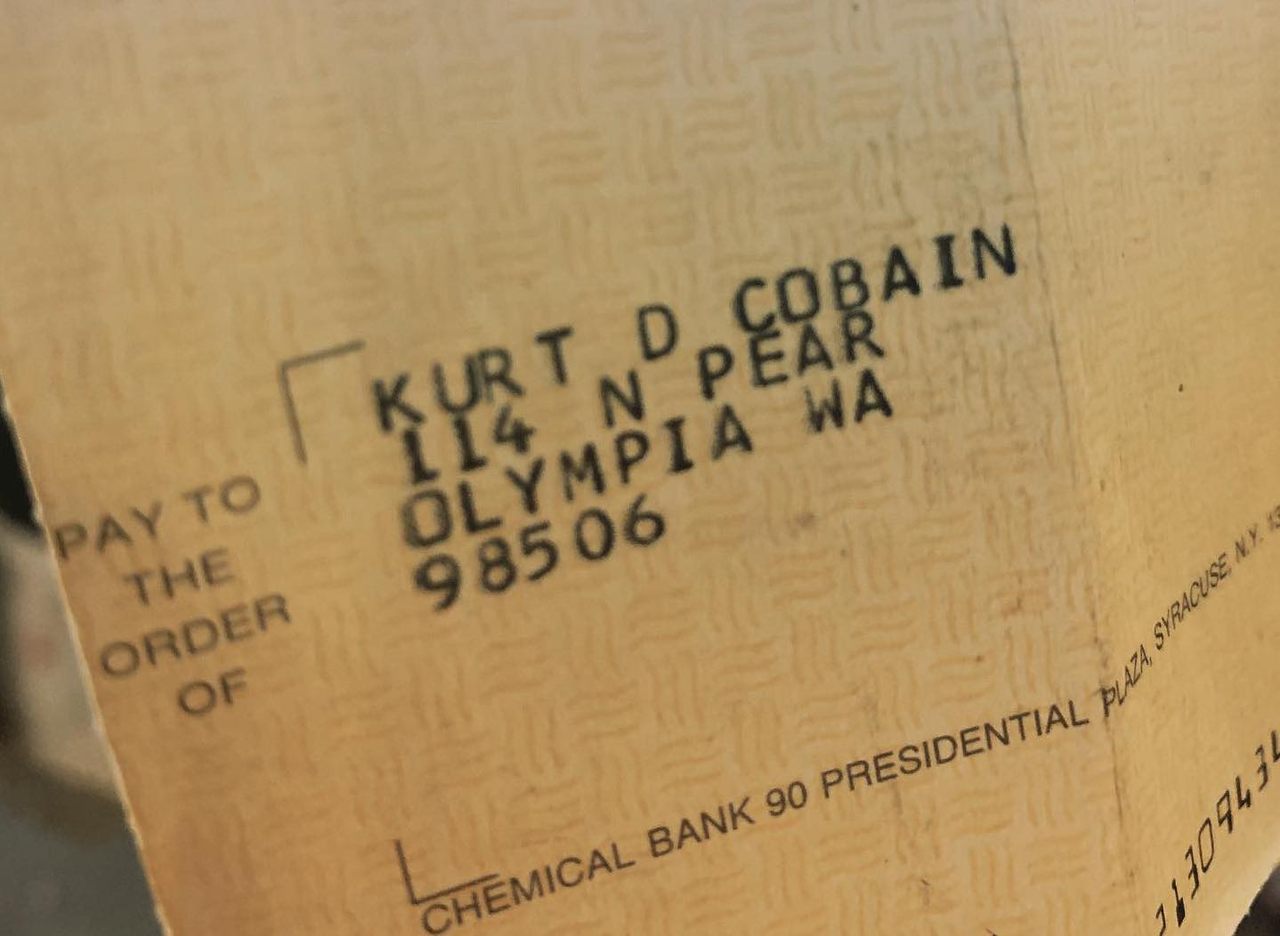 The list of what’s available for streaming may be getting longer all the time, but make no mistake—even now, some experiences are only available in analog.

That point was made dramatically last week at Seattle’s Easy Street Records, when a flimsy, folded-up piece of paper wedged within a used record collection revealed itself to be a royalty check issued to … one Kurt D. Cobain.

Dated March 6, 1991—six months before the singer, songwriter, and guitarist became a global icon with the release of Nirvana’s Nevermind—the uncashed check was worth $26.57 (or about $50 today, when adjusted for inflation). Nirvana had released only one album at the time—Bleach, recorded for $600 in 1989—and its modest sales figures had offered no hint of the megastardom on Cobain’s horizon.

Though no one knows exactly how it got there, the check fittingly ended up at Easy Street. The record store has been a mainstay of Seattle’s music scene since 1988, before the city became synonymous with the so-called grunge movement headlined by local acts Nirvana, Pearl Jam, Soundgarden, and Alice in Chains.

In an email, Easy Street owner Matt Vaughan says that the store purchased the record collection in 1993 or 1994, and that it came with some Nirvana tour itineraries that were promptly placed in the “storage basement for years until recently we saw em again (kinda spaced that we still had em) and went through em more closely.”

Vaughan found the royalty check among those forgotten itineraries, along with other rock-star relics, including a money order for Cobain’s rent and an overdue medical bill.

Vaughan told the British music publication NME that the collection and its accoutrements could have come from any number of people within Nirvana’s circle—“girlfriends, roadies, management, sound companies”—and that it wasn’t particularly noteworthy at the time for the store to receive tour itineraries.

“Seemed like every band in Seattle had tour itinerary books,” Vaughan told NME. The city “was a smaller town then.”

His nonchalance today testifies to the truly local and tight-knit nature of the city’s music scene, even at a time when it was home to some of the most popular acts in the world. That spirit has stayed alive at spots like Easy Street, even though Seattle’s grunge scene dissolved long ago. According to the store’s website, Easy Street’s two locations (one of which has since closed) have hosted over 500 musical performances from acts including Patti Smith, Lou Reed, and Pearl Jam, to name just a few.

Maybe those artists ought to take another trip to the store—and try to track down anything they’ve lost on the road over the years.

It will take years, but all 200,000 pieces of vinyl discovered in a basement will one day be available to the public.
art

For nearly 40 years, a rotating cast of artists has made costumes and props for GWAR—the band behind one of the world’s wildest stage shows.
music

Sessions in a Tokyo hotel room with a sound engineering pioneer captured a nation in transition.
music

Fans are finding new ways to celebrate the band during the 45th anniversary of their first arrival there.
Video • AO Docs