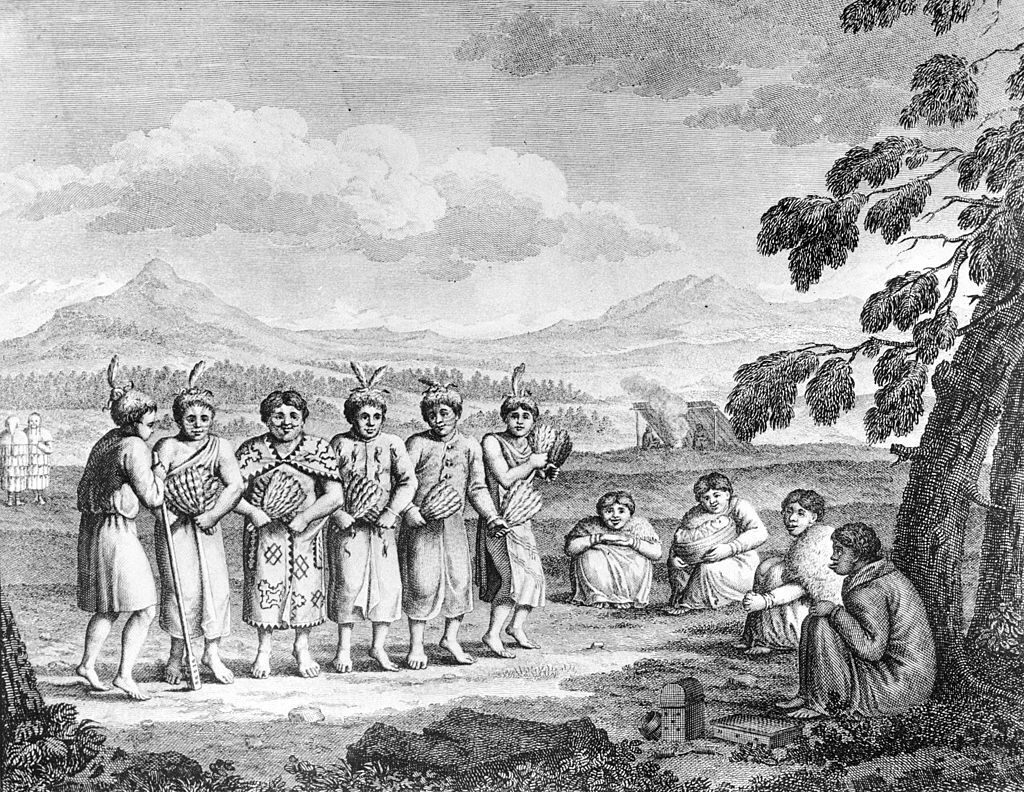 A depiction of a group of Tlingit people performing a war dance before the 1802 attack on the Russian trading post. Three Lions/Getty Images
In This Story
Destination Guide

In 1804, indigenous Tlingit people living near the Alaskan town of Sitka went to war with the Russians. Russian fur traders, actually, and their battle would have far reaching consequences, not just for the Tlingit, but also for the future of Alaska, by setting the stage for it to become part of the United States. The battleground where this took place is now part of the Sitka National Historic Park, but the precise location of the Tlingit fort had been debated, until now. Thomas Urban of Cornell University spotted it in a map he made using ground-penetrating radar and electromagnetic induction, two technologies that sense subtle changes in the soil.

The battle between the Tlingit and the Russians had been years in coming. In 1799 Russia’s Emperor Paul I issued a decree founding the Russian-America Company and giving it a monopoly on Russia’s fur trade in North America. Alexander Baranov (or Baranof) was put in charge of the company, which had several outposts along the coast of Alaska. Otter fur in particular was a lucrative commodity, and to get it Baranov needed the cooperation of the local Tlingit people, according to Mary A. Miller, superintendent of the Sitka National Historic Park, who is of both Russian and Tlingit descent. When Baranov was called away, Miller recounts, he left explicit instructions for his people not to irritate the Tlingit. Apparently, those instructions were not followed. In 1802, after being subjected to several insults (what they were specifically is a closely guarded tribal secret), the local Tlingit clan attacked the Russian fur trading post, destroying it and killing everyone inside. Knowing that the Russians would return with a larger armed force, the Tlingit built what they call the Shis’gi Noow, or “Sapling Fort,” to defend what is now known as Baranov Island.

Historic documents state that the fort was located on a peninsula near the mouth of Indian River, where it was protected by wide tidal flats that prevented the cannons of Russian ships from getting too close. True to its name, the fort’s defenses were made from flexible saplings that may have helped repel cannonballs. When the Russians attacked in 1804, as the Tlingit knew they would, they brought 150 Russian soldiers and 400 to 500 Aleut warriors recruited from farther north along the coast. According to Yuri Lisyansky, a Russian officer who observed the battle from aboard a ship, there were about 800 Tlingit defending the fort. The Tlingit turned back the initial ground assault and withstood Russian artillery barrages.

Excavations led by William Hunt of the Midwest Archaeological Center between 2004 and 2008 revealed cannonballs and other shot from the battle. His team’s work turned up some “linear features,” but nothing that could conclusively be identified as the site of the fort. An excavation conducted in 1954 had identified a likely location for it based on some pieces of wood that may have been part of one of the walls, but no one knew for sure where it was until Urban’s recent geophysical survey, which found that this location was correct. The work revealed “anomalies” in the soil that match historic descriptions of the fort’s outline, as well as some buildings inside. “It confirms our opinion,” says Hunt, as before this new work “we just didn’t feel like we had enough information to make a definite identification.” The new data promises to reveal more about the battle itself, and will make Miller’s job as park superintendent easier. “Knowing better where the actual outline is will let me as the park manager treat that better as an archaeological resource,” she says.

The battle wasn’t just fought with guns; much of it was hand-to-hand. Miller tells a story of a Tlingit hero named K’alyáan, who floated down the Indian River holding onto a log and popped up in the middle of the Russian and Aleut forces. He killed many of them, the story goes, using a blacksmith’s hammer. Like many Tlingit warriors, he wore a battle helmet, in his case shaped like the head of a raven, and armor made of leather and wooden slats.

The Tlingit were able to fend off the first attack, but were running out of gunpowder. They made an effort to bring in more by canoe, but a Russian cannon blew the boat out of the water, killing several experienced Tlingit warriors in the process.

Under cover of darkness the Tlingit made a strategic withdrawal from their fort and began a 70-mile walk to Point Craven at north end of the island. The Russians tore down the fort and reestablished a trading post in Sitka, which would eventually become New Archangel, the capital of Russian America. Relations between the two groups remained hostile after that. The Tlingit blockaded Russian ship traffic, leading to more conflict, although they still engaged in some trade. The blockade lasted many years and eventually Baranov invited the Tlingit to come back to Sitka and live near the Russian fort, which they did.

“It’s a very important turning point in Russian America,” says Thomas Thornton, an anthropologist at University of Alaska Southeast who has studied Tlingit culture at the park. “It basically allows for the establishment of the Russian-American Company in southeast Alaska.” This foothold in Sitka allowed the company to lay claim to the entire Alaskan territory on behalf of the Russian Empire, even though they only controlled a few coastal trading posts. Thornton continues, “the entire territory of Alaska, now state of Alaska, could [then] be purchased by the Americans from the Russians,” which happened in 1867.

The battle and subsequent return to Sitka was pivotal for the Tlingit people as well. “Although that happened 200 years ago, we are still here,” says Miller speaking of the modern Tlingit tribe, “we are still here because of those actions and decisions by the people who came before us.”

The Country That Still Considers Saddam Hussein a Hero

The dictator's face crops up on cars, playing cards, watches, and even Instagram.
military history

The 18th-century soldier, statesman, and abolitionist was also a character in the hit musical 'Hamilton.'
restaurants

Researching traditional foods led them to the revelations of an archaeological dig in Kentucky.
weapons

The weapon may have belonged to a Lakotan warrior named Stranger Horse.
Video • Gastro Obscura

4:19
Want to see fewer ads? Become a Member.
From Around the Web
Travel With Atlas Obscura
Are you a curious traveler?
Join local experts in 50+ destinations for a once-in-a-lifetime journey.
View Our Trips
Thanks for sharing!