What Can 26,000 Snakes Teach Us About Climate Change? - Atlas Obscura
Want to see fewer ads? Become a Member. 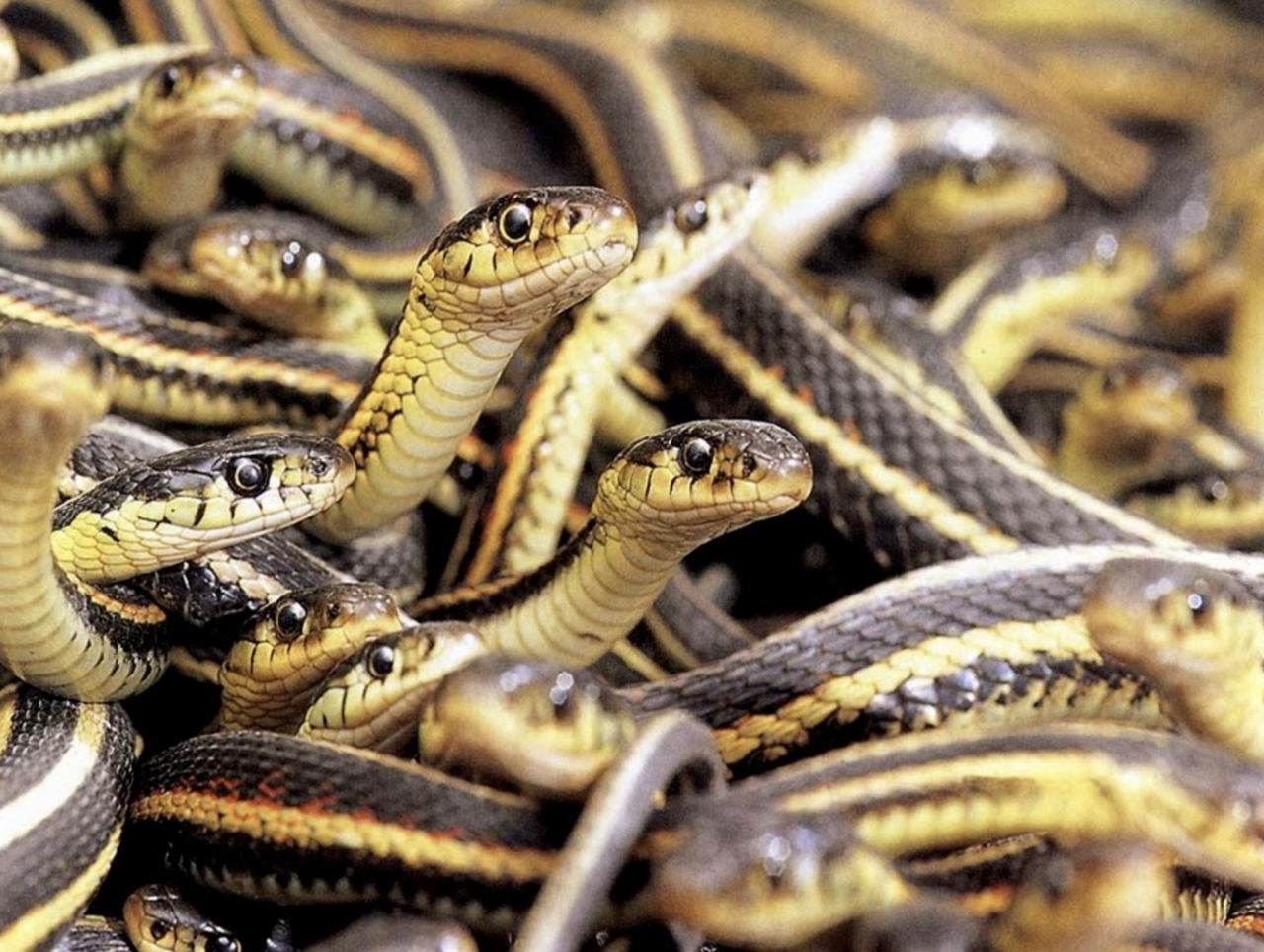 Among the most successful reptiles in North America, garter snakes thrive from the tropics to the edge of the Arctic. Courtesy Robert Mason
In This Story
Destination Guide

Deep in the dimly lit recesses of Oregon State University’s Weniger Hall, more than 26,000 garter snakes lie in wait. Coiled and crammed into jar after jar of yellowing alcohol, this assemblage of pickled snakes is more than an ophidiophobe’s nightmare. Part of the university’s reptile and amphibian collection, this is the world’s largest assemblage of garter snakes. For several species, more specimens are housed here than in every museum in the world combined. This is no dusty collection of curiosities, however. For some researchers, the quest to better understand how animals will respond to our planet’s changing climate starts with the jars in Weniger Hall.

Garter snakes, a group of 30-plus species belonging to the genus Thamnophis, are found from Central America to the edge of the Canadian Arctic. Their widespread success, and a few quirks of their lifecycle, make them ideal subjects to study how environmental changes affect the animals. According to Oregon State’s Herpetological Collection curator Stevan Arnold, who brought back most of the specimens during decades of field research, garter snakes are abundant and prolific—a female red-sided garter, for example, can produce up to 70 snakelets in a single litter. As cold-blooded reptiles, unable to regulate their internal body temperature, the snakes are at the mercy of their environment and, says Arnold, they “evolve rapidly in response to climate change.”

For example, Arnold has compared the number of scales present on adult specimens in the collection across decades. In drier environments, when dehydration can stress the snakes, specimens often have fewer but larger scales, which retain moisture better than smaller scales.

Many of the snakes making up Oregon State’s collection came from northern California’s Eagle Lake, just east of the state’s famous Lassen Volcanic National Park. In addition to abundant garter snake populations, the state-protected lake and its shores are home to bald eagles, ospreys, and the trout they hunt. What makes Eagle Lake’s garter snakes unique is the amount of diversity between each population. Snakes found in alpine meadows grow more slowly and mature later, but live twice as long as the garter snakes along the lake’s edge, for example—it was this link to environmental conditions, still not fully understood, that first drew Arnold to Eagle Lake half a century ago.

The Eagle Lake snakes are a lure for other researchers as well. Iowa State University evolutionary biologist Anne Bronikowski recently studied the impact of drought on snakes at the site. Garter snakes, who hunt small fish and amphibians, are particularly reliant on water. In order to understand how climate variation affected these snakes, Bronikowski measured changes in the snakes’ immune systems over seven summers, from 2012 to 2018. The period included more than three years of severe drought, during which Eagle Lake’s water levels plummeted. Bronikowski’s team found that several of the resident garter snake populations around the lake experienced severe decline. Individual snakes studied in the project also showed diminished immune responses. “At some point, when an animal is either so stressed out, so dehydrated, or so overheated, we would expect the immune system to crash,” Bronikowski says. Over the course of the project, she and her co-authors of a recent Ecology and Evolution paper found “compelling evidence” linking climate change to lowered immune system health.

Back at Oregon State, Arnold’s colleague Robert Mason has also noticed the impact of climate change on garter snakes. In his lab, Mason has identified and sequenced the first known reptile sex pheromone, a chemical produced by the female garter snake to let males know she is ready to mate—it’s so powerful that Mason has seen male garter snakes try to mate with pheromone-infused paper towels. Unlike Arnold, Mason’s fieldwork takes him north. For his area of study, snake reproduction, “nothing comes even remotely close to what goes on up there in Manitoba,” Mason says.

In one area of the Canadian province of Manitoba, rain and the unrelenting freeze-thaw cycle have carved exposed limestone into deep caverns and sinkholes. In these underground chambers, local garter snakes wait out the Canadian winter. When spring comes, the snakes emerge to breed, congregating by the tens of thousands in what Mason describes as “a sea of living spaghetti.” For four decades, he has arrived each spring to observe this phenomenon, which is also evolving. “In the early ‘80s, we would go up there the first week of May and be there when the first snakes were coming out,” he says. “Now, I have to go up around April 20, a good ten days earlier.” He says there is only one explanation: “It’s totally climate change. The snakes come out earlier because it’s warming up.”

As snakes in the field adapt to changing conditions, the jarred specimens at Oregon State help researchers put what they’re seeing from year to year in a broader context. According to Greg Pauly, curator of herpetology at the Natural History Museum of Los Angeles County, Arnold’s collection has generated a long-term ecological dataset that acts like a time machine. “It gives us a snapshot of what was happening in the past,” Pauly says. “Increasingly, ecologists are recognizing museum collections as incredible opportunities to look at how species are responding to major changes like urbanization or a changing climate.”

The snakes of Oregon State will soon be relocating to the university’s biology hub, Cordley Hall, where they will be housed with a similarly impressive arthropod collection. There, the 26,000 garter snakes in jars, along with live snakes in Mason’s lab, will continue to help researchers understand the reptilian response to climate change. What they learn may provide clues to how our own species may adapt to a changing planet. Says Mason, based on what he has learned from decades of studying the animals: “We actually share more in common with reptiles than we have that’s dissimilar.”

Researchers scramble to find and study everyday items preserved for millennia and now at risk.
snakes

An endangered species is thriving at a once-blighted lot, but climate change and other challenges threaten its future.
science

Studying the animal’s nerve network may help scientists understand our own.
Video • PinDrop