The Linked Headstones of Two Lovers Who Refused to Let Go, Even in Death - Atlas Obscura
Want to see fewer ads? Become a Member.
In This Story
Place 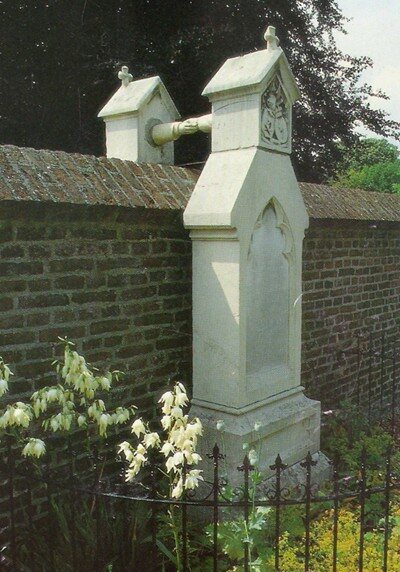 Clasping headstones in the Netherlands (via Brentjes.com)

Recently, photos of two gravestones in a small town in the Netherlands resurfaced on the internet, but they have been attracting attention for years. Behind them is a story that proves society, death, and a brick wall is not enough to stand in the way of two people who love each other. Couples traditionally choose to be buried side-by-side, often with clasped hands engraved in the tombstones. However, religious separation and a taboo marriage in the 19th century in the Netherlands resulted in a pair of graves that had to make an extra effort to reach one another. 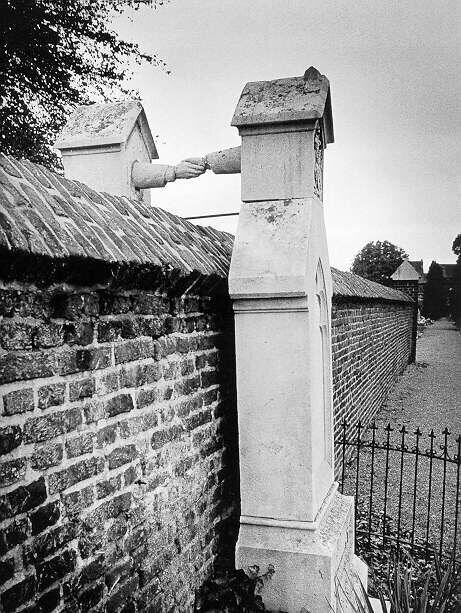 Until 40 years ago, Catholic and protestant establishments in the Netherlands were separate from one another as a result of Pillarisation, a widespread politico-denominational segregation. Churches, supermarkets, and other public places were segregated by religious and political beliefs.

All of this sets the scene to the story of Protestant Colonel J.C.P.H of Aeffderson and Catholic noblewoman J.W.C Van Gorkum. Their marriage would’ve caused a storm of scandal back in the 19th century. Not only was it religiously mixed, but they were from two very different social classes. However, despite all of the taboo in 19th century society, the couple’s marriage lasted for 40 years, only ending with the colonel’s death. Eight years later, when his wife passed away, her wishes dictated that she wanted to be buried next to her husband. Pillarisation was still in effect at the time, and according to the law, this was impossible. However, with a little creative stonework, both Husband and wife were linked eternally together in a different way. 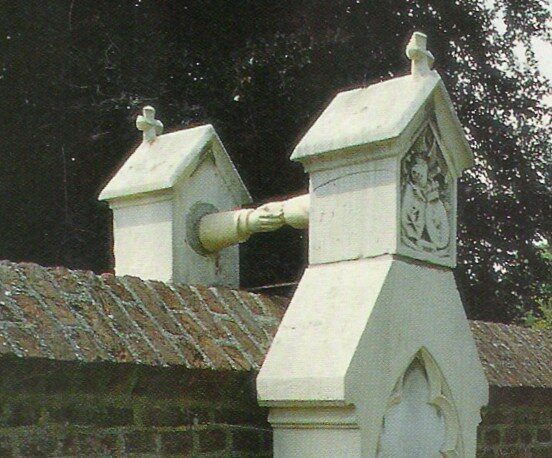 Now J.W.C and J.C.P.H’s graves show their two hands clasping one another across the graveyard wall that separates them, forever joined.