This Arizona observatory is famous for investigations into Martian life, and as the place humans first spotted Pluto. 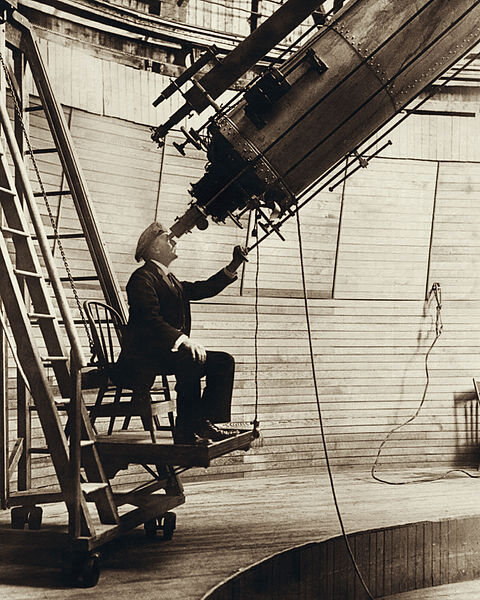 Percival Lowell observing Venus from the observer’s chair of Clark telescope at the Lowell Observatory in 1910. (via Wikimedia)

Percival Lowell was convinced there was life on Mars. In 1895, the astronomer commissioned a telescope to look as close as possible at the surface of the the red planet. Made by Alvin Clark & Sons, the leading telescope makers of the time, the refracting telescope housed in the Lowell Observatory in Flagstaff, Arizona continues to be used to view the heavens, even if life still seems scarce out there. However, the 117-year-old telescope is in need of major restoration, and the Lowell Observatory is holding a crowdsourcing campaign to help it into another century of discovery. 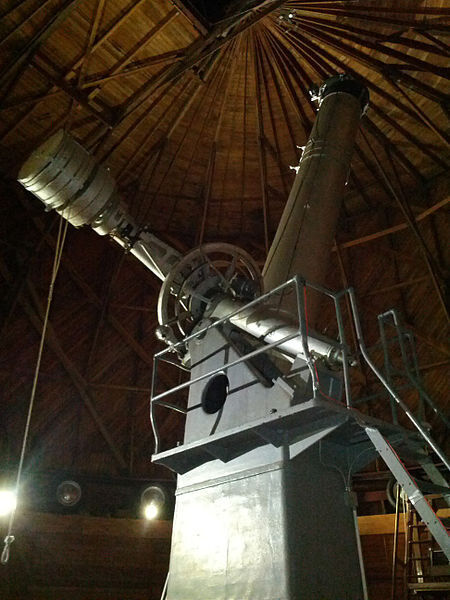 “It feels like we’re in a Jules Verne novel,” says Kevin Schindler at the Lowell Observatory in the fundraising video. And it’s totally true. The metal body of the telescope angles up in a dome made of Ponderosa pine wood harvested from the local forests, and rotates on 25 replica 1954 Ford tires. It’s one of the oldest observatories in the country, and up until the mid-20th century was a hub for scientific stargazers, such as astronomer Vesto Slipher in 1912 who was the first to see evidence that the universe was expanding, and in the 1960s artists and scientists teamed up to use the telescope to create intricate maps of the moon for the NASA Apollo missions. 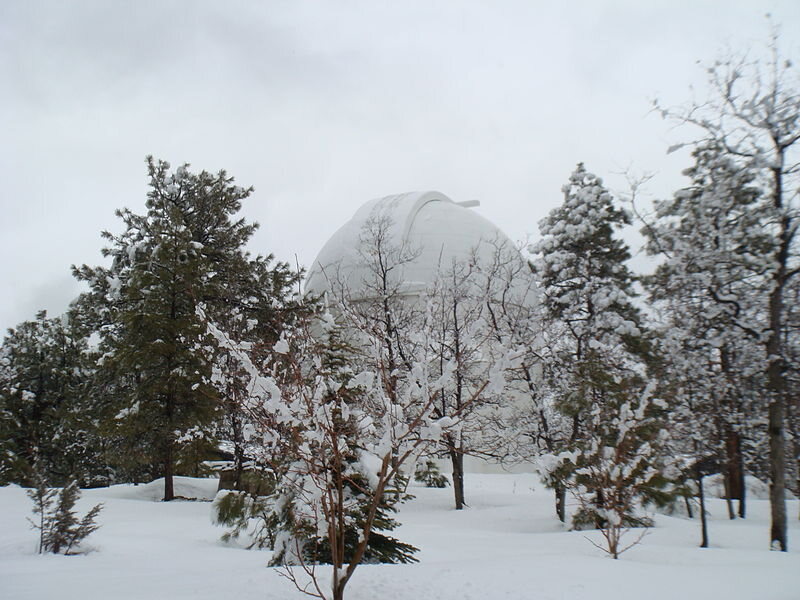 Now, anyone can come to the telescope for one of Lowell Observatory’s tours or nighttime observation events. However, many of the telescope’s parts haven’t been cleaned or replaced since it was built. Now with the Rover up patrolling the Mars surface, who knows, maybe we will soon even find some of that life Lowell so believed in. Either way, it’s sure that with repairs his telescope can continue inspiring and intriguing budding astronomers to keep imagining what secrets are held by the stars.

IS THERE LIFE ON MARS?: LOWELL OBSERVATORY, Flagstaff, Arizona