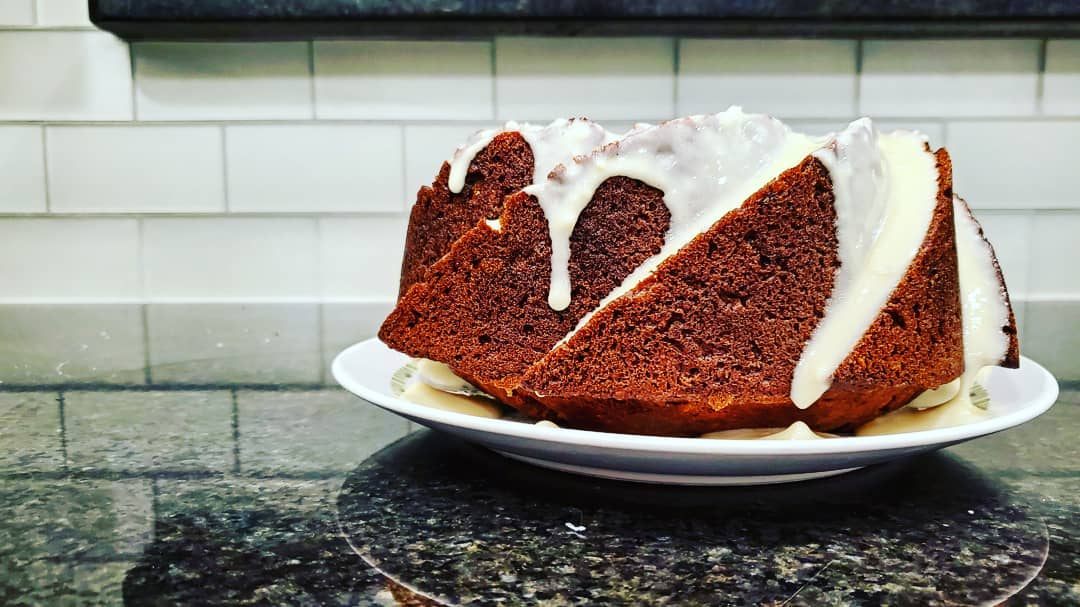 The secret ingredient in this 1920's "Mystery Cake" may be best left unknown. laurengooh/used with permission

The first impoverished German immigrant to fold oats into leftover ground meat didn’t do so out of culinary whimsy; nor did they expect their descendants to attend Cincinnati’s Goetta Festival centuries later. Enslaved West Africans in colonial Peru who reconfigured their captors’ leftovers couldn’t have known their hardscrabble bread pudding would be forever embedded in Peruvian cuisine. Most shockingly, food-stretched American mothers defied every presumptive rule of baking and respectability by making cakes from tomato soup during World War I; nonetheless, the recipe was celebrated by a struggling nation and is still endorsed by Campbell’s itself to this day.

The periods of adversity that bred these scrappy dishes came and went, but the foods are here to stay. They’re ingrained in family recipes, local food lore, and regional menus, but not as relics of anguish or curios of hardship. They live on as beloved weapons, instrumental in the fight against despair, distress, and hunger. Born of discomfort they become, against all odds, our comfort foods—so ubiquitous and widely loved today that we lose sight of the fact that they emerged from utter destitution.

With a lingering pandemic and cities around the world roiled in protests over race-based police brutality, times have only gotten tougher since Gastro Obscura published its second installment in our series about historic dishes born of bygone crises; the foods within our third iteration of this resilient roundup are now more crucial than ever.

As with most contributions of the impoverished and the disenfranchised, credit for these timeless staples is lost to the margins of history books. We may never know the names of their inventors, but each one of these dishes remains an echo of the powerless, reverberating through the halls of time, fueling the fight for tomorrow.

So read on, stretch the ingredients in your pantry, and eat up. No progress is made on an empty stomach.

When it came to stretching small sums of meat products, German immigrants in the United States proved masterful. In 17th-century Pennsylvania, they married unwanted pork parts with wheat flour and called it “scrapple”; farther south, in the Carolinas, they used cornmeal instead and called it “livermush.” In Cincinnati, Ohio, refuse beef and pork met oats in the birth of goetta.

This meat hybrid was created in the 19th century, formed into loaves and sliced like bread. Frying individual slices made for a crispy exterior and a spongy interior, flavorful with the addition of onions and spices. The production of goetta was common in German-American homes of the Midwest until companies began mass-producing tubes to be sold across the region. One company’s annual summertime Goettafest is now in its 20th year.

This recipe from Food.com uses ground beef and pork. It doesn’t call for offal, but it doesn’t necessarily forbid it, either.

The origins of this nutty, fruity, Peruvian bread-pudding are shrouded in mystery, but its application of star anise, cloves, and an unrefined cane sugar called chancaca—common ingredients in many other Afro-Peruvian dishes—point to the enslaved Africans who worked for the imperial Spanish viceroyalty.

Of course, once ranfañote became a common dessert, many sought to bestow credit to the more “respected” classes of the day. Some claim it was Peruvian soldiers who were experimenting with their rations during the War of the Pacific against Chile. Others name colonial Mestizo bakers as ranfañote’s true makers.

While the dish spent decades in obscurity, it’s seen a recent revival among modern Peruvian chefs drawn to traditional sweets, if this recipe from Food52 is any indication.

Few could blame you for bristling at the idea of putting a can of tomato soup into cake batter; just know that “The Greatest Generation” did not.

Early advocates knew tomato’s presence in a sweet setting would raise eyebrows even during the Great Depression, thus community cookbook recipes from the 1920s for “Mystery Cake” buried the secret ingredient in the fine print. Fooled and endeared, a generation of children often enjoyed birthday cake laced with condensed tomato soup. “It tastes nothing like tomato soup, I assure you,” writes food writer Marian Bull, “but rather like a nice spice cake.” Wartime tomato cakes made do with little fat or dairy; come postwar boom-time, however, they received a much-needed buttery remix.

Given the widespread accessibility of Campbell’s tomato soup, the cake took the country by storm, popping up in local papers and eventually being co-opted by Campbell’s itself in 1947. They stand by their original recipe, to which they suggest adding your favorite cream cheese frosting.

Bradford, Tennessee, is Doodle Soup country, and no one quite knows why. Some date the soup back to the 1860s, when it could have served either Confederate or Union soldiers in a state divided by the Civil War. Otherwise it was named after the “doodle wagons” that sold odds and ends from horse-drawn carriages around the state in a time before automobiles. The only certainty is its recipe.

Roasted chicken drippings are simply mixed with vinegar and cayenne pepper before being thickened with flour. According to the Tennessean, rural folks eat it with flaky biscuits, while town-dwellers prefer the metropolitan cracker—an ongoing debate in Bradford, which declared itself the Doodle Soup Capital of the World in 1957. Their annual Doodle Soup Days Festival is in its 40th year.

President Herbert Hoover was an easy target for much of the ills plaguing the United States during the Great Depression. Newspapers became “Hoover blankets,” cardboard became “Hoover leather,” and empty pockets turned inside-out became “Hoover flags.” A common feast among the shantytowns called “Hoovervilles” within crowded cities, this macaroni mishmash came to be known as “Hoover Stew.”

The budget-friendly dish is a mixture of macaroni, sliced hot dogs, and corn that gets stewed with canned tomatoes. Easy on adult pockets and full of ingredients kids love, the stew floated many families through a period of historic child malnourishment. For being a simple and nutritionally balanced meal, the dish maintained staying power through the 20th century. This recipe from the grandson of Depression-era survivors calls for bare-bones ingredients, though variations are, of course, endless.

The farmer families of Southern Appalachia in the 19th century didn’t have much, but if they had a cow and cornmeal, they had all the makings of crumble-in.

When hunger struck, they would simply dunk or entirely submerge a chunk of cornbread in a glass of milk. For those who could handle the bite, buttermilk proved even heartier, leveled out by the addition of maple syrup or honey. To take it the savory route, some added a sprinkle of black pepper on top of the rich, creamy snack.

The tough times snack lives on in the kitchens of these Appalachian farmers’ descendants as an ancestral cure for nagging hunger as much as heartbreak. As one Southern food blogger writes, her granny still has a glass every night before bed.

The Utilitarian Pleasures of Playing Board Games By Yourself

Use every last crumb with these feats of culinary creativity.
food