The Utilitarian Pleasures of Playing Board Games By Yourself - Atlas Obscura
Want to see fewer ads? Become a Member. 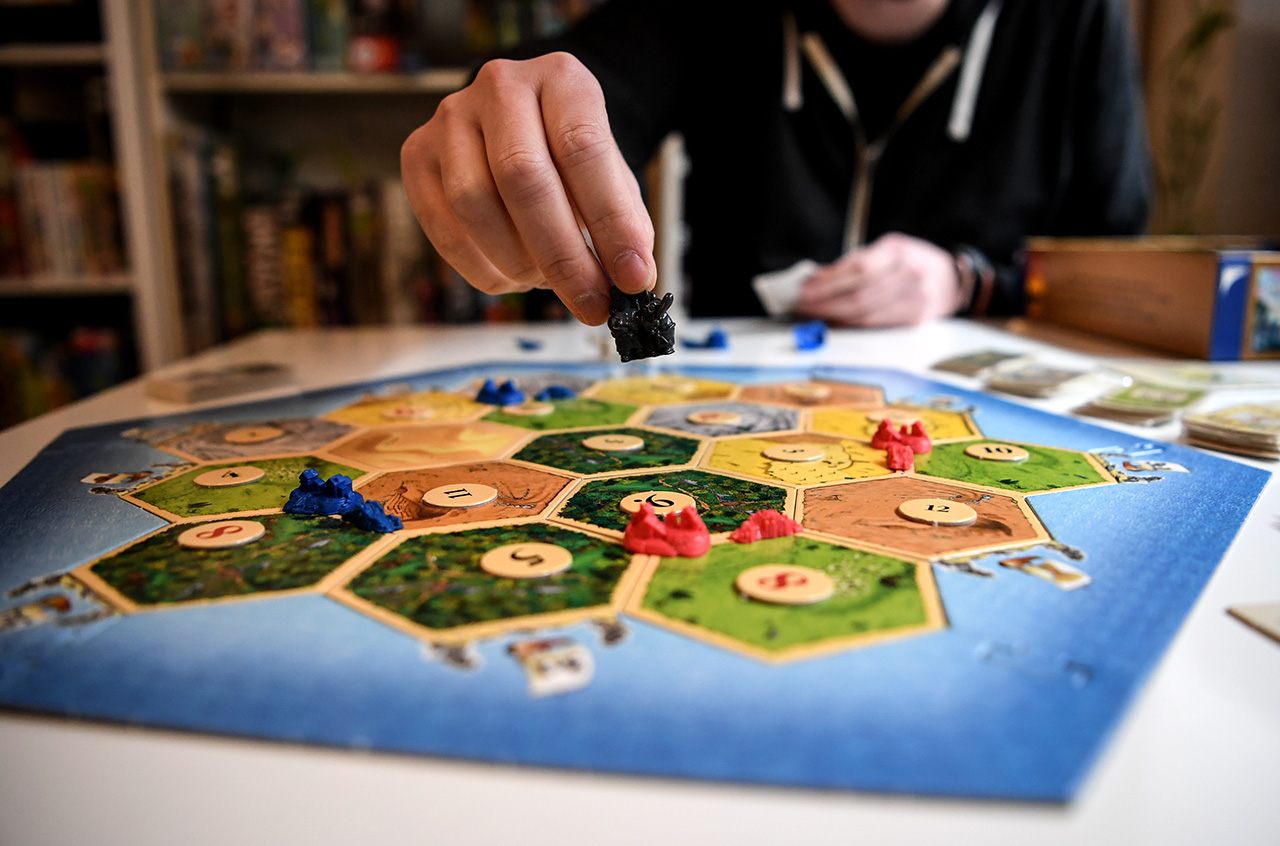 Brandon Waite was packing up after an evening playing board games with his friends when he noticed “1 to 4 players” written on the side of one of the boxes. Just like that, he stumbled onto the idea of playing games by himself.

“I had just never heard of that before, or I thought I hadn’t,” he recalls. “But of course, most of us have played [card] solitaire at some point.”

Since the release of “Settlers of Catan,” in 1995, the popularity of hobby board games has soared. Last year thousands of new titles were released, and millions of people are playing them. At a time when so much of our work and entertainment takes place on a screen, old-fashioned board games offer a chance to disconnect and engage with something tangible, which many players say is the primary appeal.

And now, a small but growing fraction of these hobbyists are choosing to play by themselves.

In 2008, Z-Man Games released Matt Leacock’s “Pandemic”—a cooperative game that many are finding cathartic right now—followed by a series of spinoffs. In the years since, Leacock says, he’s noticed an increased interest in solo play.

“I follow a lot of posts online about my own games,” he says, “and I’m seeing more and more demand for solitaire versions. It’s actually something I’m planning to do more in upcoming games—try to support more solitaire versions of them.”

With people quarantining worldwide, having a reliable indoor hobby that doesn’t require others is more valuable than ever. Like Leacock, companies are taking note: In the past few months, several have released new single-player variants of existing games.

“All of a sudden that seems to be a trend among companies,” says Waite, who now co-hosts “Solosaurus,” a podcast dedicated to solitary board games, with his friend Carter McKie. “I think that communicates some care and concern for people that’s encouraging right now, at a time when encouragement is needed.”

For some players, going solo is even better than playing with people. Marit Alanen, who picked up solitary board gaming in early 2019, says she prefers it that way.

“I know that sounds weird,” she says, “but I do. I find that I can take as much time as I want, and I can constantly reference the rules if I need to, and there’s nobody counting on me to know exactly how to play. And then I can play as many times as I want, move on to something else, take a day between turns—different ways that just make it more flexible.”

For others, playing solo is a practical byproduct of a busy adult life—and, recently, of self-isolation. “I enjoy solo gaming,” Waite says, “but most games I want to play multiplayer, and I do want to socialize with my friends. But this is a compromise to changes in life.”

Regardless, many solo board gamers see the experience as a chance to recharge.

“I’m an introvert in a house with two toddlers,” says Waite, “and my job is working with people all day. There’s something relaxing for me about being able to sit down with a game in the evenings, spend some time in a quiet room, and just enjoy this experience.”

In some solo versions, players try to beat the board. Others have added an element known as an “automa”—an artificial player that mimics the effect a human opponent would have on the game by blocking moves or taking away resources. According to Morten Monrad Pedersen, the designer who coined the term, automa are usually controlled by a simple mechanism, like a dice roll or a deck of cards.

In some older games, says Waite, the goal is simply to beat your own score, “in the same way that people used to go to arcades to beat high scores.” But such games are losing their popularity, “and video games just don’t operate that way anymore. People want to compete against something, whether it be environmental or another player.”

Here are a few tips for the uninitiated:

Start with what you already have

If you have board games at home but have never tried playing solo, see if any of them have a solitary mode. “That’s how a lot of people get started, when they happen to notice that their game has a ‘1’ on the box,” Waite says.

Even games without an official solo mode can have a fan-made solo variant posted on BoardGameGeek.com, the biggest online forum for board-game hobbyists. (When in doubt, try searching using the game name + solo variant online to see what pops up.)

“Try the ones you already have, and don’t invest in something if you don’t know whether you’re going to like it or not,” recommends Albert Hernandez, who founded the popular 1 Player Guild (on BoardGameGeek.com) and hosts a podcast of the same name.

In general, Hernandez says, cooperative games—where the players work as a team to win, rather than competing against each other—are perfect for solo play. You can simply choose two or more characters and play them both.

With so many new game releases each year, figuring out where to get started can be overwhelming. Waite and McKie recommend checking out Top 10 lists like the ones they discuss on their podcast, and paying attention to how long a game takes to play.

“For a lot of people, that’s going to be a very big deal,” Waite says. “You can find solo games that take 10 minutes, and some that take six hours.”

Pick a game that speaks to you

Choose a game that looks good, Waite recommends: “As shallow as it sounds, the quality of the artwork and the quality of the pieces [in the game] play a big role in how likely you are to pull if off your shelf when you’ve got other things competing for your attention.”

Hernandez says he also looks for a theme that speaks to him: “Don’t play a game just because you’ve heard it’s a really good solitary game, if you’re not interested in the theme. Every time I try to play a game like that it ends up falling flat for me. Mechanically it may be very sound, but I’m just bored out of my mind because I’m just not interested.”

Try printing your own game at home

If all you have at home is a deck of cards and some dice, Alanen recommends starting with thematic solitaire card-playing games: “Think of these as a step beyond solitaire, where there may be more strategy involved to win, as well as a theme to tie the game together and make it less abstract.”

Another free option Alanen enjoys is called print and play, or PnP games: “These are games developed by the gaming community that are provided for free to people to download and print at home.”

She recommends looking at this list on BoardGameGeek.com to get started.

Don’t be afraid to ask for help

The online board-game community is very friendly, says Hernandez, so don’t be afraid to reach out to experienced solo players and ask questions. He recommends places like BoardGameGeek.com—where the 1 Player Guild he started now has over 13,000 members—or the Solo Board Gamers Facebook group.

“I think the main thing is, if you’re looking for a game and you’re not sure where to start, you don’t have to go it alone,” he says. “Even if you’re playing solo.”

Inside the creative world of conveyor-belt restaurants.
abandoned

Once a haven for tuberculosis patients, Barlow Respiratory Hospital is uniquely suited to the COVID and post-COVID eras.
pandemic