How Do You See a Familiar Place in a New Way? - Atlas Obscura
Want to see fewer ads? Become a Member. 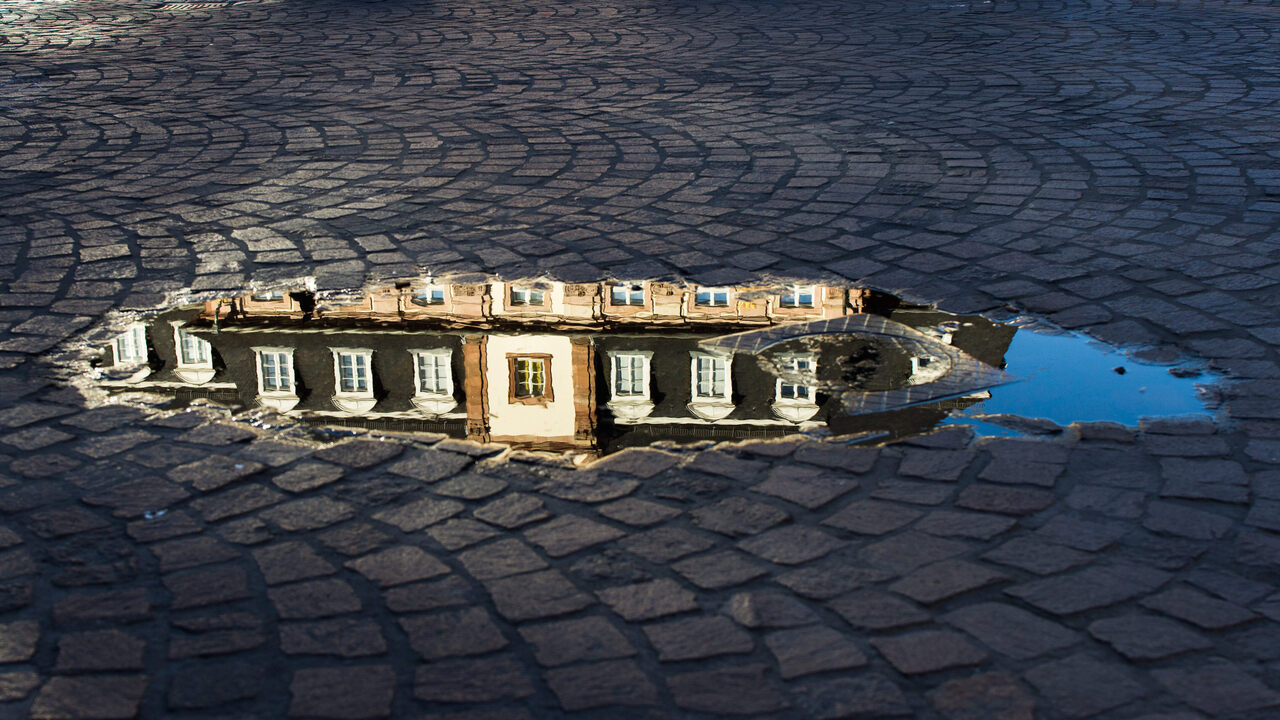 Wandering with a bit of curiosity can turn familiar sights into something thrilling and strange. Getty Images
In This Story
Destination Guide

In 2011, Matt Green set out to walk every block in New York City—each named street and humble path, from bustling strips to sleepy routes through parks and cemeteries. When he told people about his plan, they jumped to a few conclusions.

Listeners assumed that he had some larger goal in mind—collecting data, logging observations, bringing attention to a cause, maybe?

Not really. The walk was the thing, the beginning and the end, reason enough for him to jump from apartment to apartment wherever there was a bed or a couch and a cat to be fed. (He quit his desk job in engineering, and tries to live as frugally as he can.) Moving through the city, block after block after block—that was it.

Green is no stranger to long days on his feet. He had walked clear across the country in 2010, when he was 30, from Rockaway Beach, Queens, to Rockaway Beach, Oregon, while pushing a tent, rain gear, food, and other sundries in front of him in a cart. But that was different. The route was long, more or less straight, following Google Maps directions he copied out by hand. Even if he wasn’t beelining for something novel, even if the stops were unremarkable, at least the landscape was always changing. “When you’re walking at three miles an hour, you’re able to see all those little things you don’t see in a car because they go by in a blur,” he told the Daily News at the time.

Now, more than seven years into his wandering of New York’s rigid grid and twisting corners, the city doesn’t have that sheen of newness. But as he says in The World Before Your Feet, a documentary about his project made by his friend Jeremy Workman, living in a place doesn’t necessarily mean you notice things. Sometimes, the longer you live somewhere, the bigger your blinders become. It’s easy to say you know a block, for instance, by virtue of trudging along it on your daily commute, but do you really? If anything, that intimacy might make you more immune to its wonders.

Even if Green didn’t set out to see the city in a new way, his pavement-pounding (more than 8,000 miles and counting) has revealed some of the city’s more covert charms. He has become, quite incidentally, “an extraordinary micro-historian of the city,” The New York Times wrote, and a “connoisseur” of the particular targets of his attention—among them, scores of churches in former synagogues, still carrying stars of David, and slews of barbershop signs that swap “z” in for “s” (step inside for some “cool cutz”). He also catalogues legacies hiding in plain sight. In the documentary, Green narrates some of the histories of places he passes. In Brownsville, he points to the boarded-up building that sits on the site of New York’s first family-planning clinic (since demolished), where Margaret Sanger doled out information about contraception for a few days in 1916 before being hauled off to jail for violating obscenity laws. In Lower Manhattan, he lingers at the discreet placard memorializing the city’s slave market, a few blocks away. Someone walking past the site today would miss it entirely.

You don’t need to drop everything and brave snowstorms and heat waves, as Green does, to engage with your city in a close way. In an interview with Atlas Obscura, Green shared a few observations from years of active ambling.

Zero in on little mysteries

Over the years, Green has started noticing standpipes—those little two-headed nozzles that poke out of a building’s facade and enable firefighters to pump water to higher floors. “If you saw one, it would look familiar, but it’s the kind of thing you pass all the time but you don’t really think about,” he says. “Once you know what something is, of course you start noticing it more and paying more attention to it.” Once he learned about them, he started keeping a lookout for how they are used in the urban landscape. He’s observed people using them as benches or a perch for a coffee cup, and has noticed some businesses taking pains to make them less inviting: “a simple bar that would go right in your buttcrack, physically blocking you from sitting down, or sharp, jagged spikes,” he says. “Now, if I see one that looks different, it’s really exciting to me.” Looking for these infrastructural Easter eggs has become a bit of a game, and the exercise is more fun when the item is more obscure. “If it’s not something you find in a book, you feel more ownership of it,” Green says.

Don’t think about the destination

It’s easiest to focus on the journey when there is no particular destination to begin with. “Randomizing a route so you’re not anticipating something up ahead would be a way to accomplish that,” Green says. When he strolls, it’s not with the intention of passing something especially exciting, or detouring somewhere interesting on his way somewhere else. “It sounds simple, but it’s something you almost never have in normal life,” he says. “All that I’m doing is trying to see where I am. I truly have nothing to do other than look around.”

Green snaps photos as he walks and uploads them, along with some historic context, on his blog, I’m Just Walkin’. They pile up and he’s working through a years-long backlog. Still, “I know that it’s helped me,” Green says. Before he started indexing his sightings, he found that whatever caught his eye would slip out of mind soon after he moved along. Taking photos allows him to create a record.

Now we want to hear from you! What are your tips for seeing a familiar place from a fresh perspective? Tell us below, and we’ll include some responses in an upcoming post.

How to Find 2018’s Brightest Comet

Burj Al Babas may one day be full of wealthy vacationers, but for now it's a strange sight.
architecture

Filthy infrastructure has long been a site of artistry and civic pride.
architecture