The Rise, Fall, and Return of Hydrox Cookies, the Proto-Oreo - Gastro Obscura
Want to see fewer ads? Become a Member. 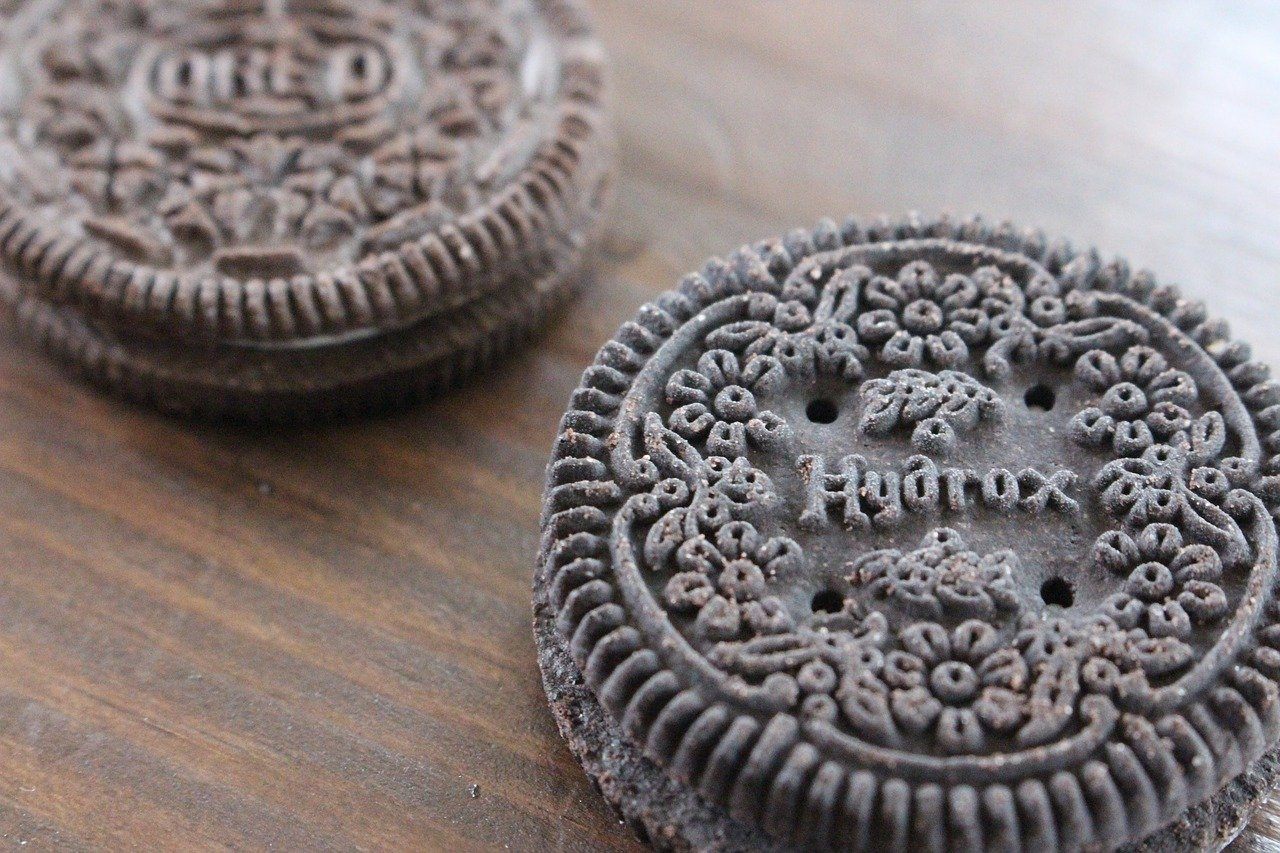 When you think of dark sandwich-like cookies with a creamy white center, you probably think of Oreos, in part because Nabisco is so good at marketing.

But if you take a look off to the side in the grocery store, you might see one brand in particular that, in fact, was invented four years before Oreos—a cookie brand that looks remarkably similar. That brand would be Hydrox, the second banana of the cookie aisle, which these days simply can’t compete against the marketing juggernaut that is Oreo, even if it did get a bit of a head start.

The problem, you might’ve guessed, is its name.

In 1882, the entrepreneur Jacob Loose bought a biscuit and candy company that would eventually be known as Sunshine Biscuits (after the company’s baking plant designs) and, in 1908, launched the biscuit sandwich known as Hydrox.

The name, they thought, would be reminiscent of the sunlight that glimmered through its factories, in addition to speaking to a basic purity of product.

The truth was a bit more complicated, however. Intended to imply hydrogen and oxygen—the two chemicals that make up water—the result has a more clinical, less roll-off-the-tongue convention to it, and instead evokes hydrogen peroxide, a chemical you probably don’t want to drink.

And it didn’t help that that there was an existing Hydrox Chemical Company on the market, one that sold hydrogen peroxide and was caught up in a trademark lawsuit at the time over the use of the word “hydrox”—a lawsuit that noted the term was used for coolers, for soda, even for brands of ice cream.

Long story short, it was a weird name for a cookie. But the cookie’s design, which was initially sold with an exotic “English biscuit” twist, was pretty interesting for its era: With an industrial press from a mold, the cookie took on the look of a flower.

And, for a minute, it felt like a game-changer for Sunshine Biscuits. Only it turned out, four years later, to also be a game-changer for Nabisco’s Oreo. Oreo was one of three cookies introduced by Nabisco on April 2, 1912, with the other two—the Mother Goose biscuit and the Veronese biscuit—now lost to history. Oreo, which the company described as, “two beautifully embossed chocolate-flavored wafers with a rich cream filling” survived.

The rest, as they say, is history. But while Oreo ascended to become something of a cultural touchstone, Hydrox retained its partisans, in part also because the slightly-more-bitter cookie was also kosher. The legacy of Sunshine Biscuits also didn’t suffer too badly, and Jacob Loose died a rich man. (Two words: Cheez-It.)

Still, it was Oreo that, as it approached its 75th anniversary in 1986, inspired The New York Times to write at length about the cookie’s cultural value.

“The Oreo is a cookie that embraces contradictions,” wrote architecture critic Paul Golderberger. “Not only is it dark on the outside and light on the inside, but it is lavishly ornate in its exterior design while being utterly simple within. In an even more fundamental fashion, however, the Oreo’s form leaps across stylistic boundaries.”

Golderberger had some thoughts on the Hydrox, too.

“The Hydrox’s ornamental pattern is at once cruder and more delicate than the Oreo’s; the ridges around the edge are longer and deeper, but the center comprises stamped-out flowers, a design more intricate than the Oreo pattern,” he stated. “Still, it is the Oreo that has become the icon.”

That’s not to say that Hydrox didn’t have natural advantages. For example, while Nabisco was stuck spending money on a costly transformation to remove the lard from the cream in its cookies, Hydrox cookies were already kosher, which for decades gave them an advantage in the market.

The problem, of course, was probably the name. When Keebler took ownership of the Sunshine Foods brands in the late ‘90s, most people thought Hydrox was the Johnny-come-lately, when it was really Oreo that had entered the market second. And the name proved such a huge turnoff that Hydrox only had 4.2 percent of the sales of Oreo in 1998—just $16 million compared to Oreo’s $374 million takeaway.

(Making matters worse: 1998 was the first year that Oreo itself went kosher for the first time.)

Keebler realized this was a problem and quickly attempted to rename the cookies Droxies, a sort of softening of the name to discourage people from thinking of chemicals.

“Not only does it cue back to ‘Hydrox,’ but it’s a fun, whimsical name that really works with the Keebler imagery.” Keebler marketing director for cookies Carolyn Burns explained to Fortune in 1999.

But the shift wasn’t enough; in 2001, Kellogg’s had bought the Keebler brand, putting Hydrox under yet another corporate owner, and by 2003, it had stopped selling Hydrox altogether—sans a brief reprieve in 2008 after enough consumers complained that it briefly changed its mind.

“This is a dark time in cookie history,” one Hydrox partisan, Gary Nadeau, wrote, according to the Wall Street Journal. “And for those of you who say, ‘Get over it, it’s only a cookie,‘ you have not lived until you have tasted a Hydrox.“

Nadeau was probably pleased, when in 2015, Hydrox made a comeback. Ellia Kassoff, a Jewish kid who grew up on the kosher cookies, had gained some knowledge on how to gain access to a trademark that was sitting unused, and as a result, he was able to pick up Hydrox for his own company, Leaf Brands—itself a dormant brand that Kassoff had revived.

“You’d be surprised how many companies are hoarding trademarks,” Kassoff told The Consumerist in 2014. “To be blunt, they lie to the Trademark Office.”

He figured out that, since Kellogg’s admitted it wasn’t interested in doing anything with the cookie brand, he legally would be able to cancel the trademark and re-use it. He had to do all the hard work of reformulating the snack, but once he had figured that out, it was off to the races.

Not only are the cookies kosher these days, but they’re made with real sugar and without GMOs. And even if they’ll always be the second banana compared to Oreo, they have a spot in the grocery store again.

This article was updated with minor edits on September 8, 2020.

Some Cyclists in Omaha Improved a Bike Lane With 120 Plungers