How a Big Mac Became a 'Historical Artifact' in Iceland - Gastro Obscura
Want to see fewer ads? Become a Member. 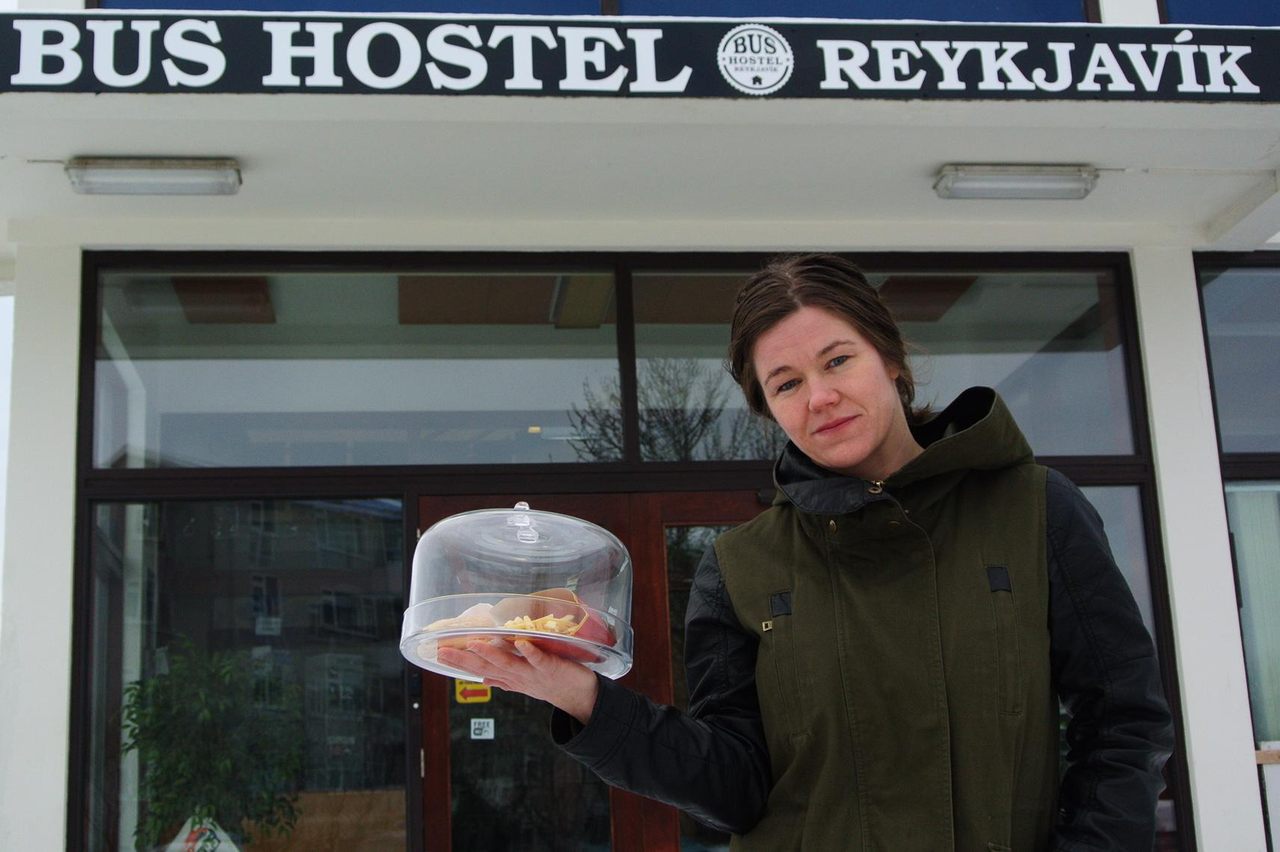 For a time, the burger resided at the Bus Hostel Reykjavik. WENN Rights Ltd / Alamy
In This Story
Destination Guide

In 2012, when moving out of his house, Hjörtur Smárason found in his garage a pair of old, mice-chewed roller blades, tools, boxes, and an untouched bag of food from McDonald’s, still in its paper bag. It had been sitting there for three years after Smárason purchased one last McDonald’s meal, a Big Mac and fries, on the day before the three outlets of the fast food chain in Iceland closed their doors in 2009. Surprisingly to him, the bag was in immaculate condition. Even the mice had left it alone.

Smárason says that he was reluctant to open the bag at the time, remembering the decomposed sandwich that once spent an entire summer at the bottom of his child’s school backpack. But upon opening the sack, “it looked like I bought it just 15 minutes earlier,” he says. “And the same with the fries, it all looked almost new. Just turned cold on the way home.”

It wasn’t long before Smárason realized what a treasure he had. “This was now like a historical artifact that belonged to Iceland,” proclaims Smárason. “The last McDonald’s burger in Iceland. And what do you do with a historical artifact? You put it in a museum.” The meal spent a year at the National Museum of Iceland before the institution worried that it would decompose under their care. (In 2020, McDonald’s put out a statement claiming that their burgers don’t seem to decompose due to a lack of moisture, instead of some nefarious preservative.) Smárason then gave it to the Bus Hostel Reykjavik, where the meal spent years on display. Now, it resides at another hostel, the Snotra House, in southern Iceland.

Today, McDonald’s iconic golden arches can be found worldwide in almost 120 countries. If a McDonald’s can exist somewhere, it usually does. However, in some countries, the absence of a disposable income for the majority of citizens, political instability, and complicated supply chains keep McDonald’s out.

In Iceland, the disappearance of McDonald’s was due to none of those things. During the economic collapse in 2008, the Icelandic króna lost half its value. McDonald’s regulations strictly called for imported ingredients, and for Iceland, those ingredients had to be shipped from Germany. With the value of the króna being so low, and tariffs and import prices being so high, McDonald’s could not continue to operate in Iceland without raising prices a substantial amount.

The loss of McDonald’s in Iceland was a significant blow to the country. Kristín Loftsdóttir, a professor of anthropology at the University of Iceland, claims that the opening of McDonald’s in Iceland in 1993 was deeply meaningful. “I have suggested that the consumption [by] the Prime Minister of the first McDonald’s at its opening can be interpreted as a symbolic sign at the time for Iceland’s entry into a more globalized modern world,” says Loftsdóttir.

Officially entering the modern world was extremely important to Iceland, as it tried for decades to establish itself as a Western power after the country gained autonomy from Denmark in 1944. Loftsdóttir explains that some people thought “the closing of McDonald’s was really hard, since it made Iceland look bad internationally.”

However, the lack of a McDonald’s today now actually helps brand Iceland as a more authentic destination. Appearing more authentic, and therefore more interesting, is a valuable contribution to the tourism industry, the leading export earner in the country. The idea of an authentic Iceland has been branded and commercialized, “which has not only shaped international perceptions of Iceland but affected people living there as well,” says Loftsdóttir.

When McDonald’s left Iceland, the burger chain Metro took over their stores. Instead of imported beef and condiments, it uses locally-sourced, cheaper ingredients to make many of the same food items. Even the kid’s meals at Metro come with a smiley face on the box, just like at McDonald’s. Their Big Mac equivalent is called the Heimsborgari, or “World Burger” in English, which also happens to mean “cosmopolitan.” In Iceland, the burger is still a symbol of inclusion in a larger international community.

Smárason’s 12-year-old burger and fries, a symbol of Iceland’s entrance into the modern world, are still on display. He never expected his burger to become so famous. “I don’t think not eating a hamburger is the most remarkable thing I have done, but if you do an image search for my name, you will mostly see pictures of an old hamburger,” says Smárason.

Today, if you’re craving international fast food in Iceland, you can still head to Subway, KFC, or Taco Bell. Just be prepared to pay more than you would expect. Other fast food restaurants have come and gone in the country since McDonald’s closed in 2009, but one thing has remained the same: the continued existence of Iceland’s last Big Mac and fries.

Join us for a daily celebration of the world’s most wondrous, unexpected, even strange places.
film

He has some trouble with the ketchup.
film

The Exiled Prince Behind Los Angeles's Only Fresh-Pasta Food Truck

Akureyri is home to an oversized can of one of Iceland's favourite beers.
Want to see fewer ads? Become a Member.
From Around the Web
Atlas Obscura Trips
Iceland in Summer: Journey Through a Fabled Land
View This Trip
Thanks for sharing!