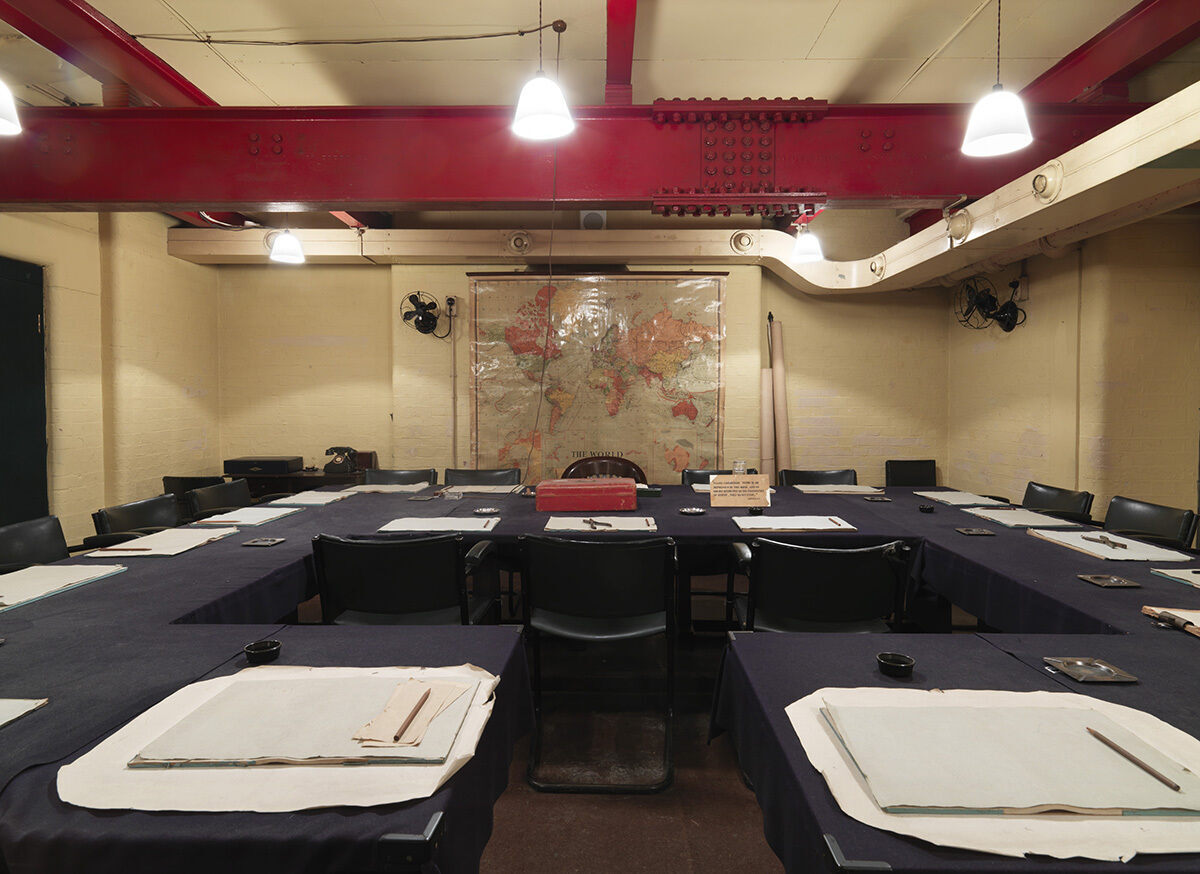 “All the world that is still free marvels at the composure and fortitude with which the citizens of London are facing and surmounting the great ordeal to which they are subjected, the end of which or the severity of which cannot yet be foreseen.”

Winston Churchill broadcast these words from a secret underground command center in central London on September 11, 1940, just after Germany began bombing the city. Now known as Churchill’s War Rooms, the complex was situated beneath Whitehall and, for the next five years, would serve as the center of wartime operations.

The site contained numerous important functions including the Map Room, for charting the course of the war, a broadcasting room and, most crucially, the Cabinet Room. With tables laid out in a horseshoe configuration, this is where the heads of Army, Navy and Air Force would meet with Churchill. It was, in Churchill’s words, “the room from which I’ll direct the war.”

These inner workings are the subject of a new book by Jonathan Asbury, Secrets of Churchill’s War Rooms. The book provides fascinating details of life in this top-secret, subterranean space, such as the portable sun lamp used by staff who spent long hours underground; the specially designed gas masks that would allow switchboard operators to continue working even in the event of an attack; and the top-secret Transatlantic Telephone Room, which was given a toilet-stall style lock so staff presumed it was just Churchill’s own private lavatory.

After the war, the Churchill War Rooms were left abandoned until 1984, when they were re-opened to the public by the Imperial War Museum. Secrets of Churchill’s War Rooms draws from personal accounts of staff, archival photographs and images of the restored rooms to provide a behind the scenes look at this once-secret space. AO has a selection of images.

It's amazing how smart a brainless, single-celled organism can be.
panic weekbunkersvisualphotographywwii

What to Do With a Cold War-Era Bunker

What exactly lies beneath us?
caves

Wilson Bentley was the first to claim that each snowflake is unique—and provided evidence.
Video • Object of Intrigue

A new exhibition examines a dark history.
Read more
Thanks for sharing!