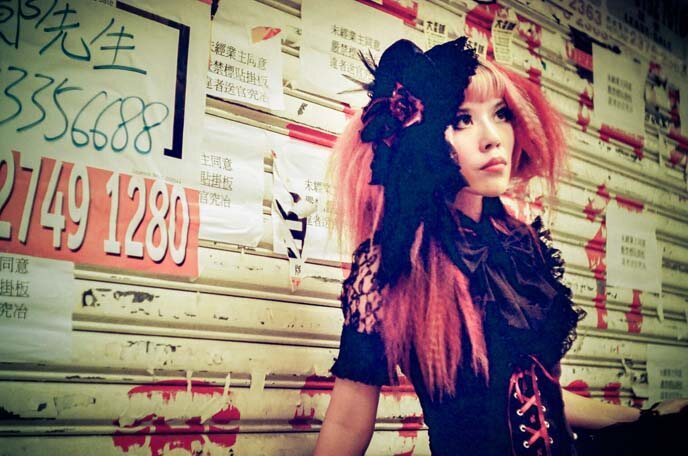 Here at Atlas Obscura, we adore the unexpected in travel, and Tokyo-based La Carmina has made the discovery of the underground into a wanderlust lifestyle. The professional blogger and journalist has explored everything from the extreme body modification of “bagel heads” to the world’s largest Goth festival in Leipzig to a cheese castle in Wisconsin, all in striking style with her distinctive eye to fashion. She’s published three books, including Cute Yummy Time and Crazy Wacky Theme Restaurants, and has appeared on Travel Channel’s Bizarre Foods, Discovery’s Oddities, and National Geographic’s Roam, and now she’s answered a few of our questions about experiencing the diverse strangeness of the world, and how she became a wayfarer of subcultures.

You’ve had a pretty unique life trajectory, with Japanese Goth fashion, culture blogging, journalism, and book writing, not to mention studying at Columbia University and Yale Law School. What in your life has compelled you to keep experimenting with trying new things and going new places?

I’ve always been fascinated with the “spooky side of life,” or dark subcultures and alternative lifestyles. Growing up in Vancouver, Canada, I felt an affinity to this world, and began exploring it further when I attended university in New York City.

When I started La Carmina blog in 2007, blogging as a career was unheard of. I simply enjoyed the creative release I got from writing about cute decorated food, Gothic style tribes, weird theme restaurants, and other Japanese pop culture oddities. Gradually, my site connected with an audience, leading to bigger projects and life-changing challenges. Everything came together into a “pirate ship,” or TV coordinating and hosting company that I run with “First Mate” Naomi Rubin. Some people describe us as coolhunters, since we give insight and access to underground cultures, and film TV shows in Japan and worldwide. Today, I travel constantly for my work in travel television presenting and journalism, including a global video series on Huffington Post/AOL, where I explore alt culture worldwide (Prague, Mexico, Hong Kong, and more). 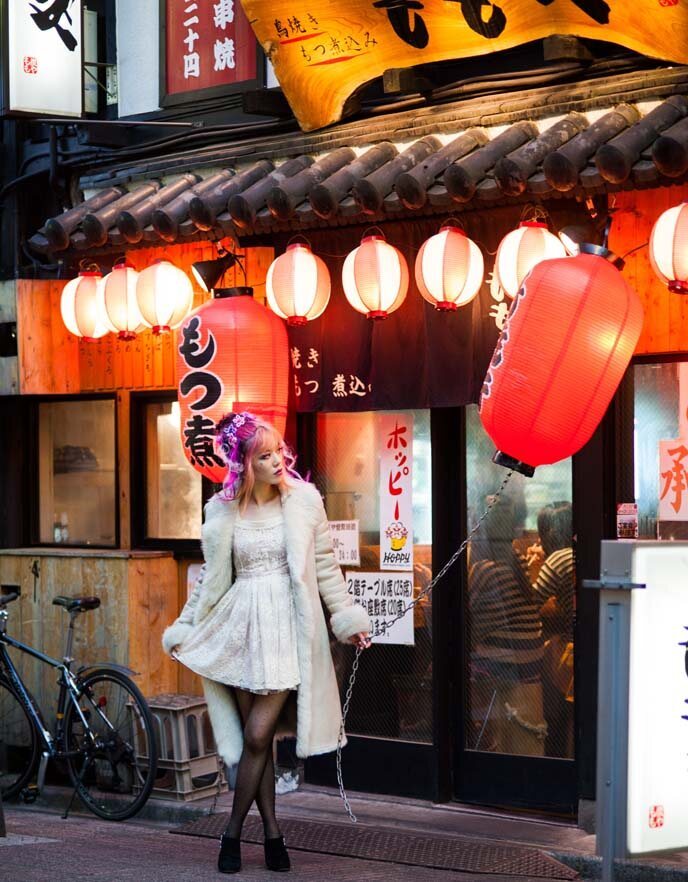 La Carmina on the streets of Tokyo

I am a gigantic advocate of travel, especially for young people. I think traveling opens your eyes and challenges you in unexpected ways. To me, my work has the most meaning when it showcases alternative/underground culture around the world in a fair and understanding way. This coverage has the potential to change people’s perceptions on something they may not understand (such as LGBT culture, transhumanism, or extreme body mods). I currently have trips in the works that will take me to places I know very little about. I can’t wait.

Subcultures are so rich in places like Tokyo and New York, but have you encountered any surprises in active subcultures outside of the major cities?

I’ve discovered that there is fascinating underground culture in the most unexpected of places. In fact, I did an AOL travel series called “Coolhunting Wisconsin,” where I discovered a retro love hotel with bondage beds, a spy-themed bar, and a cheese castle! I’ve also had a lovely time drinking absinthe in an intimate Phoenix, Arizona, Goth party, and visiting a body modification studio specializing in subdermal implants. Realizing that there are alt cultures in hidden corners, I’ve simply become more eager to keep exploring the world.

You have an awesome, eclectic style sense. How has it been influenced by exploring the world?

My personal style is heavily inspired by Harajuku’s colorful style tribes: decora nail art, fairy kei, and Cult Party Kei pastels, gyaru lace dresses, and dark Goth makeup. But when I go to a new destination, I like to create outfits that reflect the environment. For example, in Hawaii, I wore silk floral dresses and sunhats decorated with fresh local flowers. In Miami, I was covering Art Deco Weekend, so I had 1920s flapper girl hair and fringe.

We just did a short round-up of some eccentric Japanese restaurants, and you’ve written a whole book on them. Do you have any favorites?

I’ve been to almost all of Tokyo’s theme cafes, which range from monkey waiters to butlers and Alice in Wonderland. One of my favorites is an unassuming pub called Kagaya. The owner, Mark, acts perfectly normal… until he ducks into a closet. The surprises begin, involving cosplay, robots, and prank after prank. 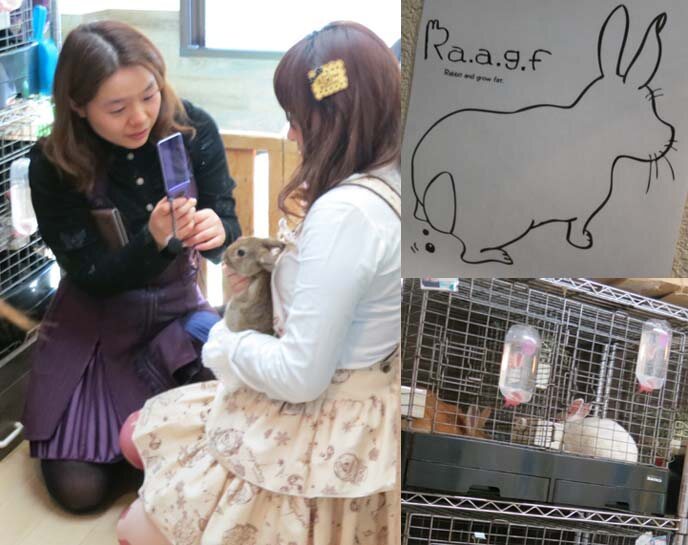 Many people have heard about Japanese cat cafés, where you sip tea and play with dozens of kitties. However, there is now a rabbit version, bounding with bunnies! I took Duff McKagan (Guns n’ Roses, Velvet Revolver bassist) and his family to the Harajuku one, Raagf. 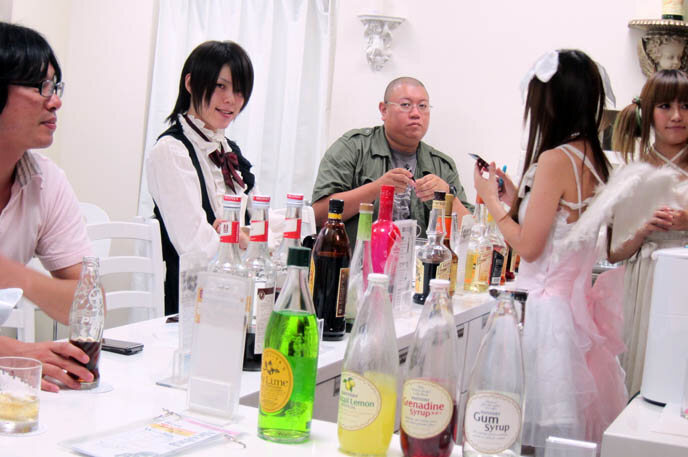 I also love Angel & Demons maid café. Here, male customers are treated like kings by pretty Japanese girls dressed as angels or devils. Customers choose whether they want to be naughty and nice, and interact with them through harmless games. 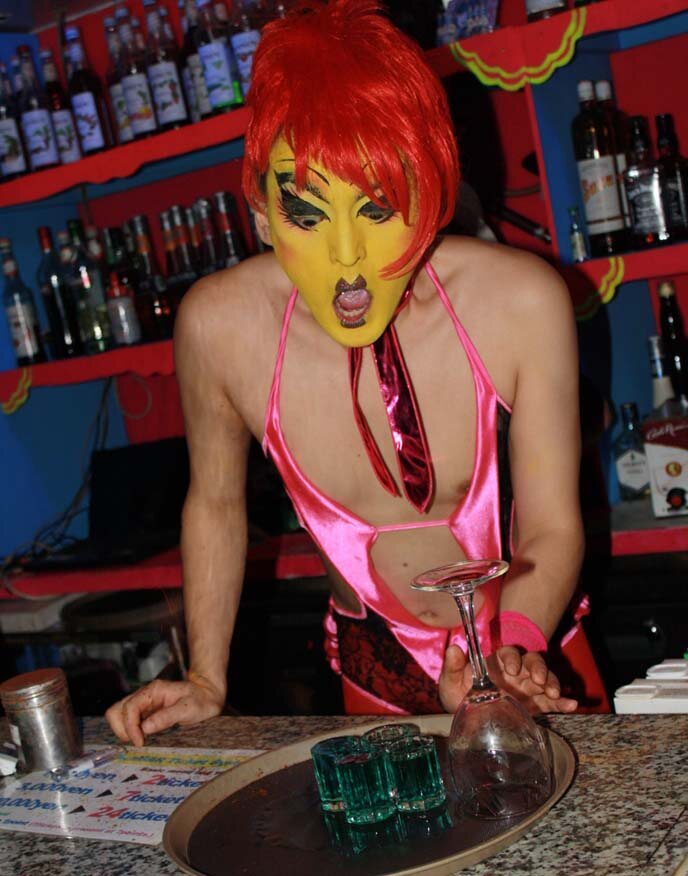 Since Atlas Obscura is all about showcasing the best in the weird places people don’t often include on their travel itineraries, do you have a favorite overlooked place you think people should know about?

I always pay a visit to Tokyo Decadance Bar in Shinjuku. A typical night might involve pole-dancing drag queens, a domination show by a mistress, wild cyber kids, and loads of absinthe. Located above Christon Cafe (a campy church-themed restaurant), the space also serves food to fit the party’s theme.

Read more about La Carmina’s underground adventures, and get inspiration for your own drifts off the usual travel path, at her blog: La Carmina.

A Sampling of Japan's Eccentric Restaurants