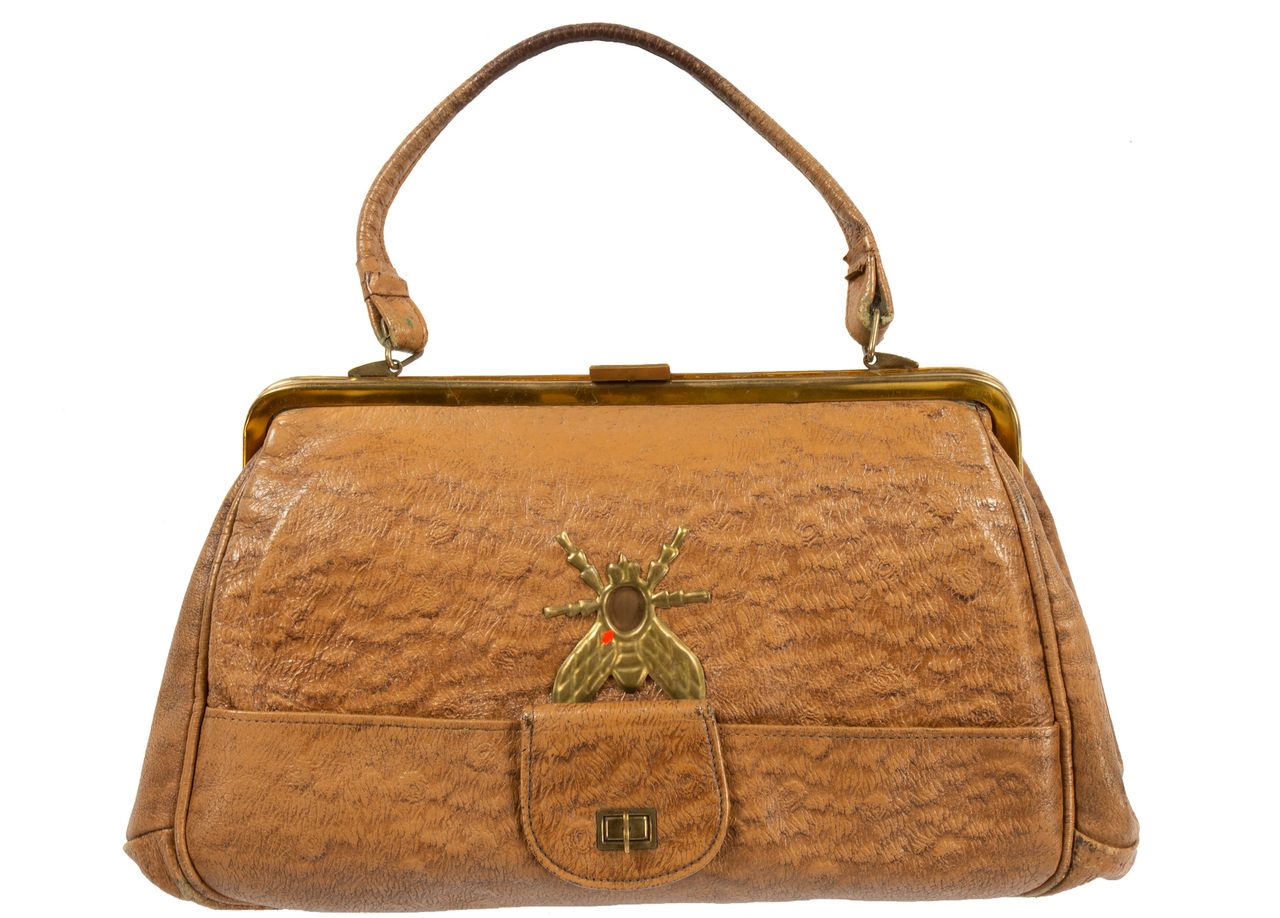 Is a fly is an odd decoration for a purse? Not when it hides the lens of a camera. Courtesy Julien's Auctions
In This Story
Destination Guide

In September 1978, the Bulgarian writer Georgi Markov was killed in London under highly suspicious circumstances. The playwright had defected from his Soviet-allied home country in 1969 and spent the ensuing years appearing on American and West German radio programs, so his demise was always going to raise eyebrows. It was the cause of death, however, that stood out: septicemia or sepsis, a kind of blood poisoning, likely linked to a telltale puncture wound that had been found on Markov’s thigh. While dying in the hospital, he said that a stranger had stabbed him with an umbrella—as strangers in crowded, rainy cities are wont to do, maybe?

Only those strangers typically don’t shoot poison out of their umbrella’s pointy tips. This device—well, a replica of it, anyway—is now one of more than 3,000 items featured in a forthcoming sale at Julien’s Auctions in Beverly Hills. The auction, scheduled for February 13, 2021, features the entire collection of New York City’s KGB Espionage Museum, which sadly closed permanently after sustaining major losses during the COVID-19 pandemic. Aspiring snoops looking for inspiration to enhance their arsenals of go-to gadgets will now have to pony up instead.

The list of items featured in the sale—which extends to the Cuban Revolution, and includes Che Guevara’s high school report card—reads less like a historical catalog than the inventory of a Hollywood prop shop. Take, for starters, a ring outfitted with invisible cameras. Spies could be wearing nothing but this ring (do the math) and still capture images and recordings. One wonders how many oblivious capitalists were caught out by the unassuming accessory.

A similarly sly device in the collection is the KGB’s so-called “Kiss of Death” gun, which appears to be a lipstick tube but actually contains a 0.177-inch bullet and firing mechanism. Meanwhile, a purse known as “The Fly”—decorated with a symbol that looks like an insect—is in actuality a camera, with the lens stealthily built into the entomological emblem. (The equivalent gadget for male spies took the form of a necktie.) And P.J. Griffith, an immersive experiences producer who helped organize the auction, points to something that seems even more mundane as one of his favorite items on the list. The device appears to be a wooden branch, or log, but is in fact rigged with cameras and recording devices that can, presumably, document secret meetings held in a park, churchyard, or the middle of nowhere.

These disguised accessories were hardly meant for fun and games, but others in the catalogue are more outwardly sinister, reminders of the Cold War’s human toll and not just its spy-movie swashbuckling. One of the more haunting items is the “hiding human heartbeat detection device,” also known as “Lavanda-M.” As described by Julien’s, the device could “identify if people were hiding in vehicles … at checkpoints and border crossings,” by listening for “the types of vibrations and micro movements produced by the human heartbeat as well as breathing.” The device even comes with its original logbook, which documents when it was used to spot border-crossers and others. Or you can pick your poison and go for the auction’s skull-and-crossbones railway sign, which the KGB installed to alert travelers that they were entering radioactive territory.

Agne Urbaityte, who owned and curated the museum with her father, writes in an email that “in many cases it was not the intelligence technology but the human factor” that led to spies making mistakes and getting caught. The “Kiss of Death” lipstick gun is a good example: The existence of the weapon became publicly known when it was found on a spy during a random search at the border between East and West Germany. Behind all the high-tech hijinks were real people—spies and civilians alike—who lived the Cold War and, like Markov, died in it.

Winning bidder take note: It is not safe to drink.
cold war

A celebration of freedom, published next to advertisements for the slave trade.
List