Found: The Last Stand of a Human Ancestor - Atlas Obscura 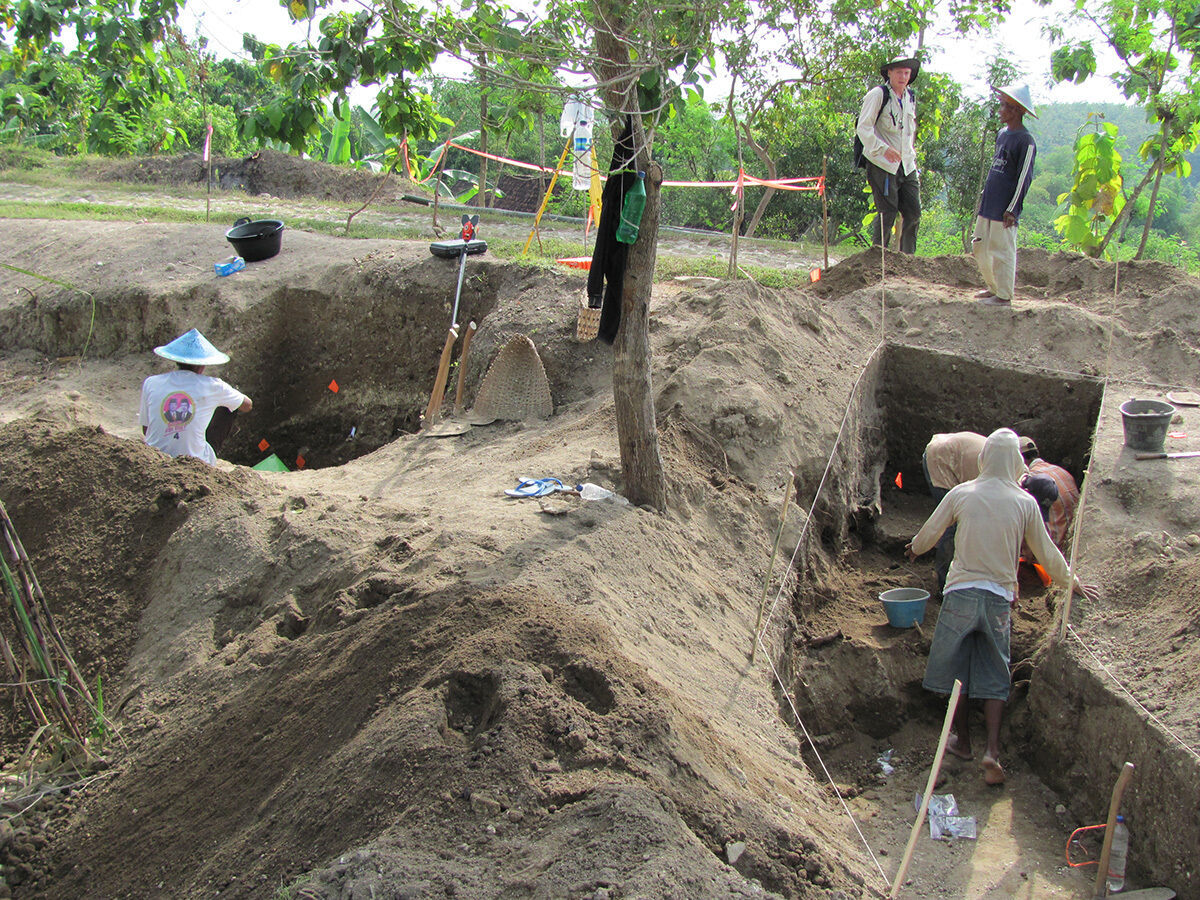 Excavations in the terraces of the Solo River, where just over 100,000 years ago, Homo erectus remains piled up. Copyright Russell L. Ciochon, University of Iowa
In This Story
Destination Guide

On September 15, 1931, at a distinctive bend in Java’s Solo River known as Ngandong, the top of an ancient skull came out of the ground. At the time, it was thought to have belonged to a prehistoric tiger. On further inspection, the skull, alongside more than a dozen pieces, was identified as having belonged to Homo erectus—the “upright human,” the archaic hominin that ranged across Africa, Europe, and Asia for hundreds of thousands of years. The age of these bones—found alongside bones of tens of thousands of other creatures, accumulated at the bend of a river—has long been a question mark. Now, nearly a century after the skull fragment was unearthed, archaeologists have announced the bones are the most recent H. erectus remains ever found—perhaps the last stand of a prolific human ancestor.

“When you think about it, out of the 25,000 some fossils on the site, only 14 were a Homo erectus,” says Russel Ciochon, a paleoanthropologist at the University of Iowa in Iowa City and lead author of the study, published recently in the journal Nature. “They lucked out. Had they not found the skull, they may not have put such time into it.”

The new paper dates the fossils to about 108,000 years ago—very recent for a species thought to have evolved around two million years ago. The record-setting find from Ndangong shows just how late H. erectus persisted in Southeast Asia after the species had gone extinct everywhere else. The species, like its shorter possible relatives H. floresiensis and H. luzonensis, may have benefitted from arriving in the islands we now know as Indonesia by a land bridge, which was then submerged by rising seas. Cut off from the rest of the world, the island dwellers endured. The islands of the region, from Flores and Java in Indonesia to Luzon in the Philippines and beyond, continue to yield fossil evidence of humankind’s complicated paths across a changing world.*

“Homo erectus was there on the islands, and Southeast Asia is big,” Ciochon says. “All those areas there, we know there were [hominins] crisscrossing. There was a lot of interaction between these species. And part of that is because of the islands.”

* Correction: This article originally placed the island of Luzon in Indonesia. It is in the Philippines.

"HeyJTree" is built like a dating site, but it matches readers with the charismatic, threatened plants.
evolutionmigrationsancientarchaeology
Keep Exploring
science

John Beasley Greene photographed early European archaeology in Egypt—but he paid little attention to those who lived there.
genetics

The genetics of a Stone Age family with a metal name.
science

Another example of how, biologically, islands are deeply weird.
Read more
Thanks for sharing!