Listen to the Adventures of Rod Dow, Who Parachuted Into Flames - Atlas Obscura
Want to see fewer ads? Become a Member. 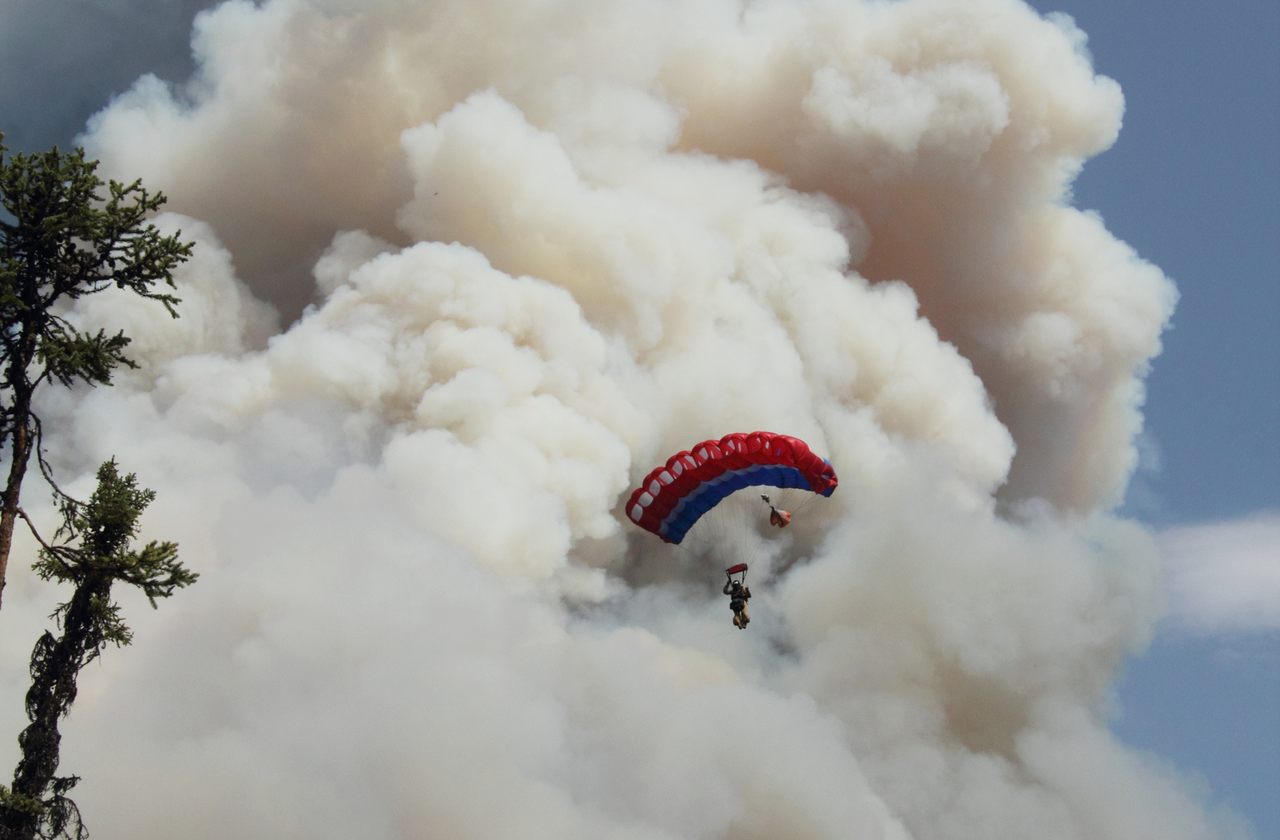 Every year, thousands of fires begin in the American wilderness. Most of these fires are remote, sparking and burning in the deep, deep backcountry. And over the last hundred years, brave men and women, known as smokejumpers, have parachuted in to extinguish them.

In previous episodes of Horizon Line, co-hosts Dylan Thuras and Ella Morton have told stories of peril and adventure from history. In the last episode of this season, they speak firsthand to someone who has lived a life full of both—retired smokejumper Rod Dow.

Dow spent 32 years working as a smokejumper, primarily in Alaska and the Pacific Northwest. At the time of his retirement from smokejumping in 1999, he held the record for number of fire jumps, at 276. Dow’s book, Just A Few Jumper Stories, is a collection of 70 true stories from his time “flying around at low altitude in very cool jump ships, parachuting into wild country in Alaska and the western states, combating wildfire, at times, with huge ripping flame fronts, and drinking camp coffee with a nip of whiskey in it around campfires with some of the best people I ever met.”

Listen to some of Dow’s smokejumper tales here, and be sure to subscribe to Horizon Line in iTunes, Google Play, or wherever you get your podcasts from. We would also love your feedback, so be sure to leave a comment and a rating!

Filson. Original Alaskan Outfitters. Since 1897. Goods and Gear at Filson.com

In the first episode of Horizon Line, we tell the harrowing story of a man who tried to sail across the Arctic in a hot air balloon.
Sponsored by Filson
filson

In the second episode of Horizon Line, meet a frontiersman with a rodeo style all his own.
Sponsored by Filson
filson

Listen to the Story of Tenzing Norgay, Who Stood on Top of the World

In the third episode of our new podcast Horizon Line, we recount the tale of the man whose personal Everest was, well, Mount Everest.
Sponsored by Filson
Want to see fewer ads? Become a Member.
From Around the Web
Related

In the second episode of Horizon Line, meet a frontiersman with a rodeo style all his own.
Sponsored by Filson
Thanks for sharing!