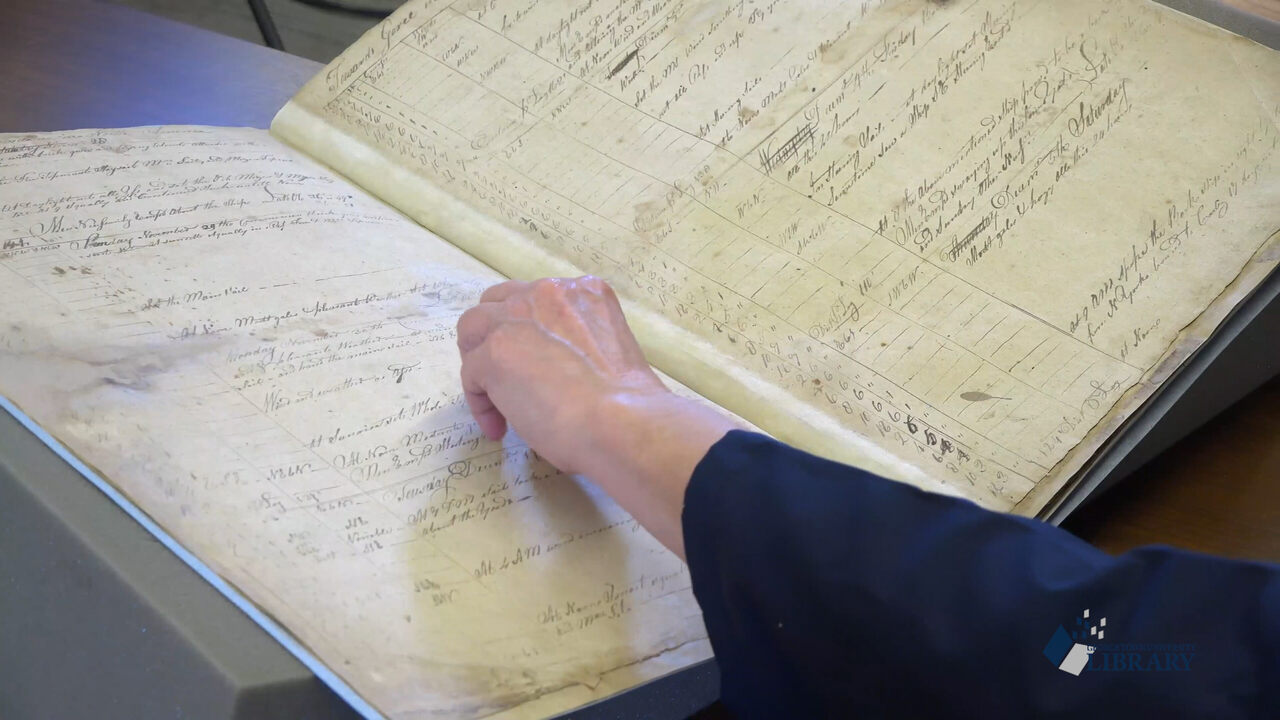 The Trans-Atlantic Slave Trade Database documents more than 36,000 voyages in which enslaved persons were shipped across the Atlantic Ocean. Select any entry in the register and you’ll find a checklist of shockingly precise information: the size of the ship, the name of the captain, the number of enslaved persons initially on the ship as it embarked from Africa—and the number of those who died on the Middle Passage. It’s an eerie testament to the clerical cruelty of the slave trade as big business. “For those Europeans who thought about the issue,” the Emory University historian David Eltis wrote in a 2018 introduction to the database, “the shipping of enslaved Africans across the Atlantic was morally indistinguishable from shipping textiles, wheat, or even sugar.”

Despite the overwhelming density of these kinds of records, masking brutality with meticulous documentation, far less survives to describe daily life on these ships, or the experience of being on board. That’s what distinguishes the “Journal of the Slave Ship Mary,” recently acquired by Georgetown University Library in Washington, D.C. Written by an unidentified assistant of the ship’s captain, Nathan Sterry, it’s one of only a dozen or so known logbooks, or dated journals with daily entries, that survive from slave ship voyages between Africa and North America.

It had already been known, for example, that the ship departed Providence, Rhode Island, in late 1795 and arrived in Savannah, Georgia—by way of present-day Senegal, Liberia, and Ghana—in August 1796. The logbook clarifies what happened every day in between—information that is not documented in the administrative records of most voyages. The journal is told from a white, empowered perspective, of course, but it can’t conceal the Mary’s daily horrors.

In a video accompanying the text, Adam Rothman, a historian at Georgetown and curator of the university’s Slavery Archive, calls the logbook “a record of death and dying.” Enslaved persons died on the ship “almost daily,” he says, and their bodies were thrown overboard. But the logbook’s keeper did not record the names of the dead or really any identifying characteristics. “Buried One Woman N.26,” reads an entry from July 20, 1796. Every enslaved person who died on the ship is referred to with a number only. In total, there were 38 deaths over the duration of the voyage. The causes range from suicide, to disease, to deadly beatings.

“We have a lot of documentation” from the slave trade, says Herbert Brewer, a historian of slavery at Morgan State University, in Maryland, “but we also don’t have a lot of stuff. The greatest missing thing, if you think about it, is we don’t have the names of the people. That’s a big, black hole issue: We don’t know the names of the people. And these are people.” Brewer previously contributed a study of the slave ship Margaret to the Georgetown Slavery Archive, which launched as part of the university’s broader initiative to investigate its own historical relationship with slavery.

Echoing Brewer, Rothman emphasizes in an interview that the Mary’s logbook “is not a photographic portrait of reality.” Instead, he says, “it’s a representation from a certain perspective, one of the officers on board this vessel for whom the Africans were commodities, potential sources of profit and loss. That helps you understand why the deaths are recorded the way they are”—in what Rothman calls “the numbest way” possible. Indeed, he says, the precise records for how many people were on slave ships come from customs, where ships were taxed based on how many enslaved persons they carried as cargo.

Four of Mary’s casualties resulted from an attempted rebellion. On June 10, 1796, before Mary had left Africa for Georgia, a group of enslaved men managed to escape their chains, and attempted to wrest control of the ship. In a full-page account, the logbook’s writer describes the fight and subsequent deaths. According to his account, two of the men jumped overboard while two were killed during the fight with the crew. Without any transition, the writer concludes the day’s entry: “The Weather ends pleasant.” (Just three months earlier, on March 21, several white members of Sterry’s crew had also attempted to take control of the ship. In striking contrast, none were killed; the men were simply dismissed.)

The logbook was donated to Georgetown by Robert S. Askew, who discovered it sitting in his closet. Rothman says that it had likely been in the donor’s family, and traveled with them as they moved west from Rhode Island to California, where the book was eventually found. While the book arrived in fairly good condition, the library hired specialists to clean it, rebind it, and apply Japanese paper over spots that had deteriorated. Now, Hillary MacKinlay, a Georgetown doctoral student, is at work transcribing the largely inscrutable 18th-century text. Once that transcription is complete, Rothman hopes to develop an interactive digital map that will trace Mary’s path. Users will be able to click on a day, see where the ship was, and read what happened on board.

Though these digital opportunities are welcome, especially in the time of COVID-19, Rothman hopes that students and other visitors will still engage with the physical logbook, in person. The library has already digitized the text, “but the experience of actually seeing this artifact in person and turning the pages yourself is absolutely terrifying,” he says. “It’s a really emotional experience. It’s a record of so much pain and trauma, and just to have it in front of you—it’s just a kind of testament.”

As rare a find as the logbook is, its omissions also serve as a reminder of how much research remains to be done. “If you can come closer to who these people were,” says Brewer, then “you’re uncovering something big.”

This slave trade is well known to historians, but this is the first known wreck from it.
graveyards

Events like Tennessee’s Libation Ceremony offer a chance “to finally start grabbing the pieces that have been scattered and lost.”
libraries

Whether a cookie or a fruit bun, the "offending object" has been discarded.
festivals

The shells may have once pointed the way to freedom.
Video

3:50
Want to see fewer ads? Become a Member.
From Around the Web
Related

It was discovered "forensically," thanks to Douglass's distinctive usage of an unusual word.
Read more
Thanks for sharing!