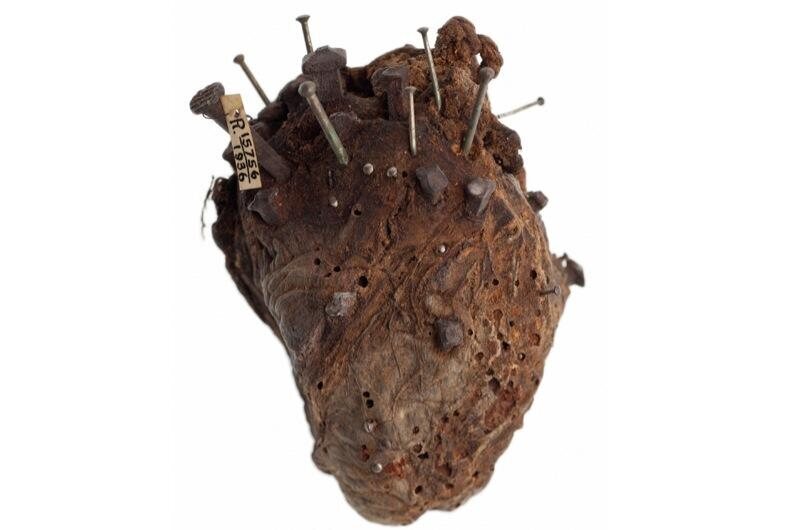 “It seems that the soul… loses itself in itself when shaken and disturbed unless given something to grasp on to; and so we must always provide it with an object to butt up against and to act upon.” — Michel de Montaigne, “Essais” (1580)

A brownish-colored, dry-looking organ — a heart — obsessively pierced by several nails and pins, all varying in size, has a quiet, disturbing visceral impact. It is a charm, created by someone who assembled these charged elements in order to inflict their desires. At first sight, the fragile object seems to come from the dawn of humanity, evoking pagan practices or some exotic civilizations, eons away from our modern days.

Displayed for the first time to the public in 1917, the mummified heart was once the property of Edward Lovett, an eccentric British erudite and wealthy chief cashier in the bank of the City of London who, in his spare time, was the most relentless archivist of his era. A member of the Folklore Society since 1900, Lovett had one very unusual obsession: once off work, he would spend his free time strolling through the slums of Edwardian London to collect evidence of magic and medicinal practices, vernacular beliefs that the century of industrialization and rational sciences hadn’t eliminated. From his urban explorations, conversations with street sellers, sailors, and working class witches, Lovett accumulated an astonishing array of charms, an incredible collection of odds and ends that proved superstitions were an invisible, yet persistent, practice, even in modern England.

The pinned heart is the most fascinating of these amulets and it has, according to Lovett, a very intriguing story. In his 1925 book Magic in Modern London, the folklorist described the incredible story of the mummified relic:

December - 1911: A cow keeper, who was one of the old school and originally came from Devonshire, had the misfortune to incur the intense wrath of a man of vindictive temper. He threatened to bewitch the poor man’s cows, and two of then died. The cow keeper there upon, took the heart of one of the dead animals, stuck it all over with pins and nails and hung it up in the Chimney of his house… such action is supposed to be of such a serious nature that it brought about an arrangement of a more or less satisfactory character.

Of course, the concept of attracting good fortune or protection using animal remains seems a bit naive and outdated in the early 20th century, even for Lovett’s contemporaries. But as a matter of fact, this heart was one of many examples of charms and amulets made from carcasses that he found during his metropolitan adventures.

Preserved moles’ paws would be carried in tiny bags to calm toothaches or eradicate cramps, while the tips of rabbits’ tongues would protect against poverty. Bones and skulls would be often carried as amulets, carved or adorned with sterling and worn as necklaces. These often fragile artifacts were materialized solace, shaped out of humans’ hopes and fears. 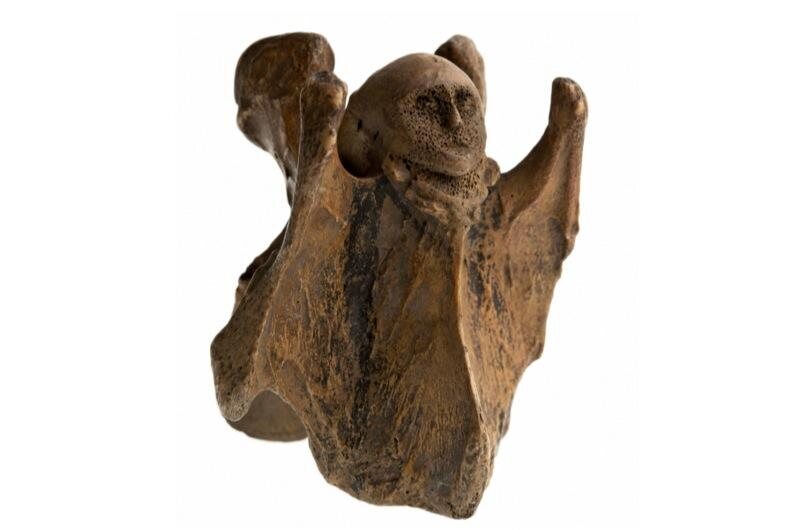 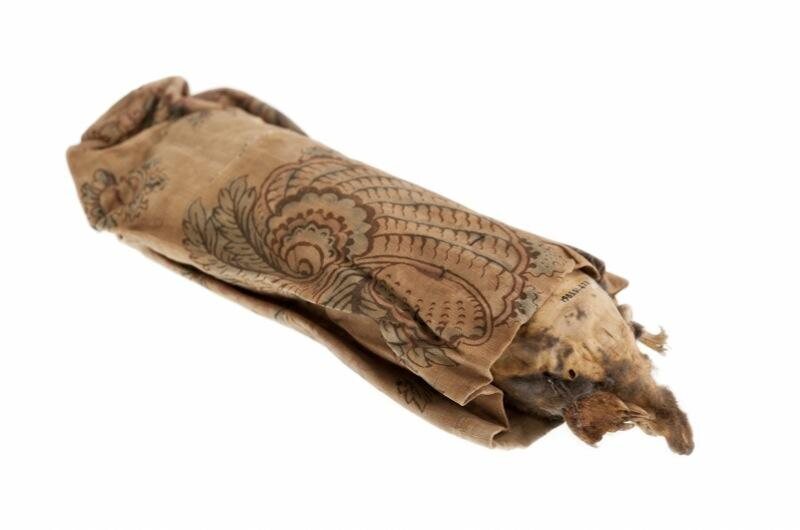 A mole wrapped in floral fabric for protection against danger. (Pitt Rivers Museum, University of Oxford) 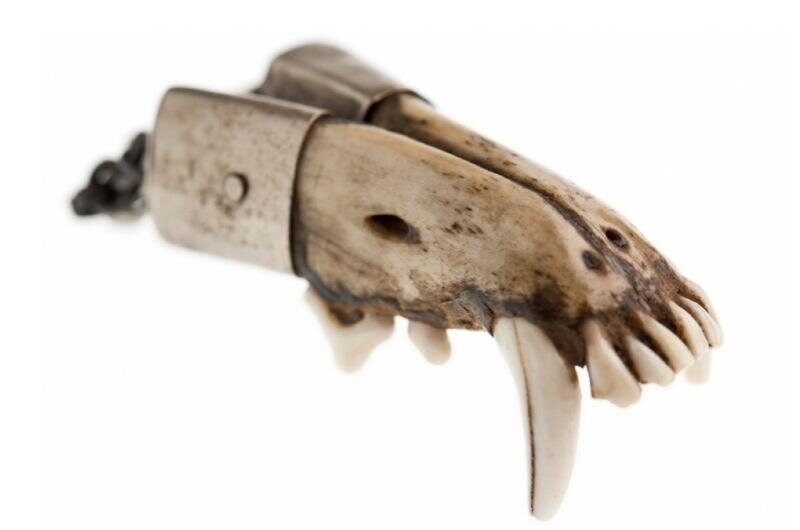 Lovett was revered as a self-taught folklorist by his peers, but also considered as a bit of a crank, mainly because he allegedly refused to propose any specific theories on the subsistence of superstitions and was more interested the process of collecting. Was he superstitious himself? He did, reportedly, craft an amulet and give it to his son when he was enlisted for WWI.

Edward Lovett died as an obscure character in 1933, leaving behind a drift of cryptic objects, often unlabeled, carrying to the grave their secrets and magical powers. His extensive collection was shared between the Wellcome Museum, the Cuming Museum (gutted by fire this year), and the Pitt Rivers Museum, but unfortunately they are rarely on display. The last appearances of Lovett’s amulets and charms were in the Wellcome Museum’s Charmed Life exhibition in 2012, for which they released an iPhone App inspired by Lovett’s treasure hunt, and in 2013, some curios of the Lovett Collection were exhibited in the contemporary art show Modern Witchcraft at ASC Studios Gallery.

Curious Fact of the Week: A Scale Model of New York City