19th century museum with an eclectic mix of curiosities, from Egyptian artifacts to items on archery history to the skull of the world's oldest horse. 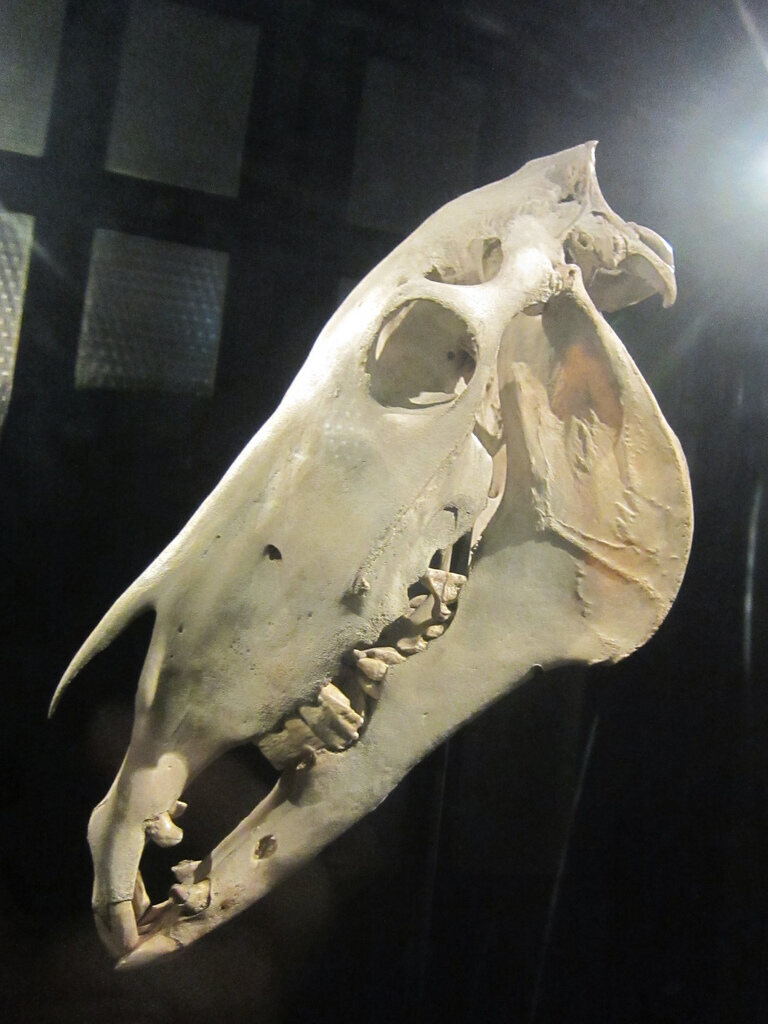 Skull of Old Billy (photo by the author)

The average horse lives around 25 to 30 years, but one English stallion was trotting until the age of 62. Old Billy as he was known, is the oldest known horse, and his preserved head with its distinctive flash of white on brown fur is actually split in two, the skull in one museum and the taxidermied skin in another. 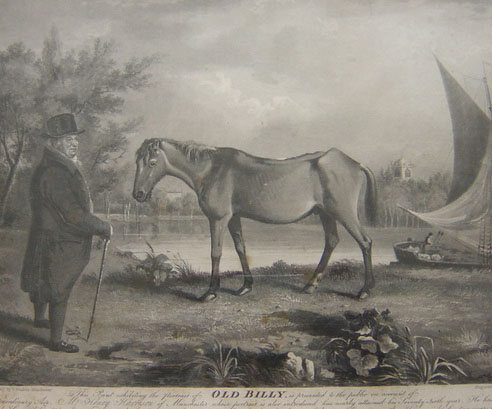 Old Billy was born in 1760 in Woolston, Lancashire and worked as a barge horse, dragging barges in the canals from the shore for Mersey and Irwell Navigation. (This was a common job for horses prior to the arrival of boat engines.) As he passed his life expectancy and continued to live even as his back became bent and his bones protruded from his thinning flesh, he become something of a local celebrity. (We assume he got the “old” added to his name at some point in this time.) Old Billy was depicted in a lithograph from 1820, rather late into his twilight years, showing him near the Lancashire town of Warrington and the canal where he worked with Squire Henry Harrison who is said to have “known the horse for 59 years,” whatever that means. He was also painted by an artist named W. Taylor, a portrait that shows him again posed against the canal with the spires of Manchester Cathedral in the background, a work that’s now held by the Warrington Museum & Art Gallery. 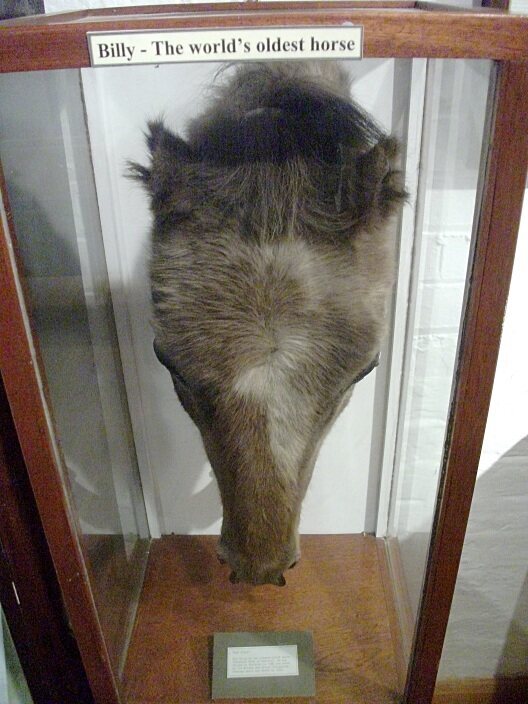 Old Billy died on November 27, 1822 near Manchester. A horse that old deserved to be remembered, and, possibly to share the memory of the treasured horse, his remains were split up. Now Old Billy’s skull, which visibly shows his age in its worn teeth, is in the Manchester Museum, where it hovers beneath a neon sign declaring “OLD BILLY.” His distinctive white and brown furred head is held by the Cecil Higgins Art Gallery & Bedford Museum. Weirdly, his skull didn’t arrive at the Manchester Museum until 1824, two years after his death, a gift from his former employer. What happened to the horse’s head in those two years between death and donation is a bit of a macabre mystery. 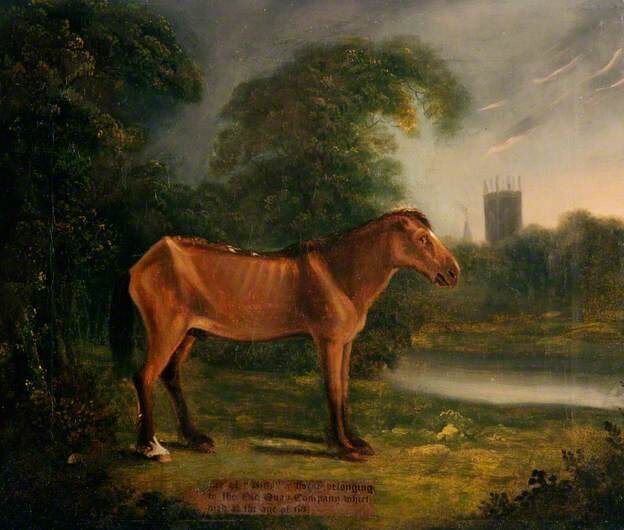 Painting of Old Billy by W. Tayler (via BBC)