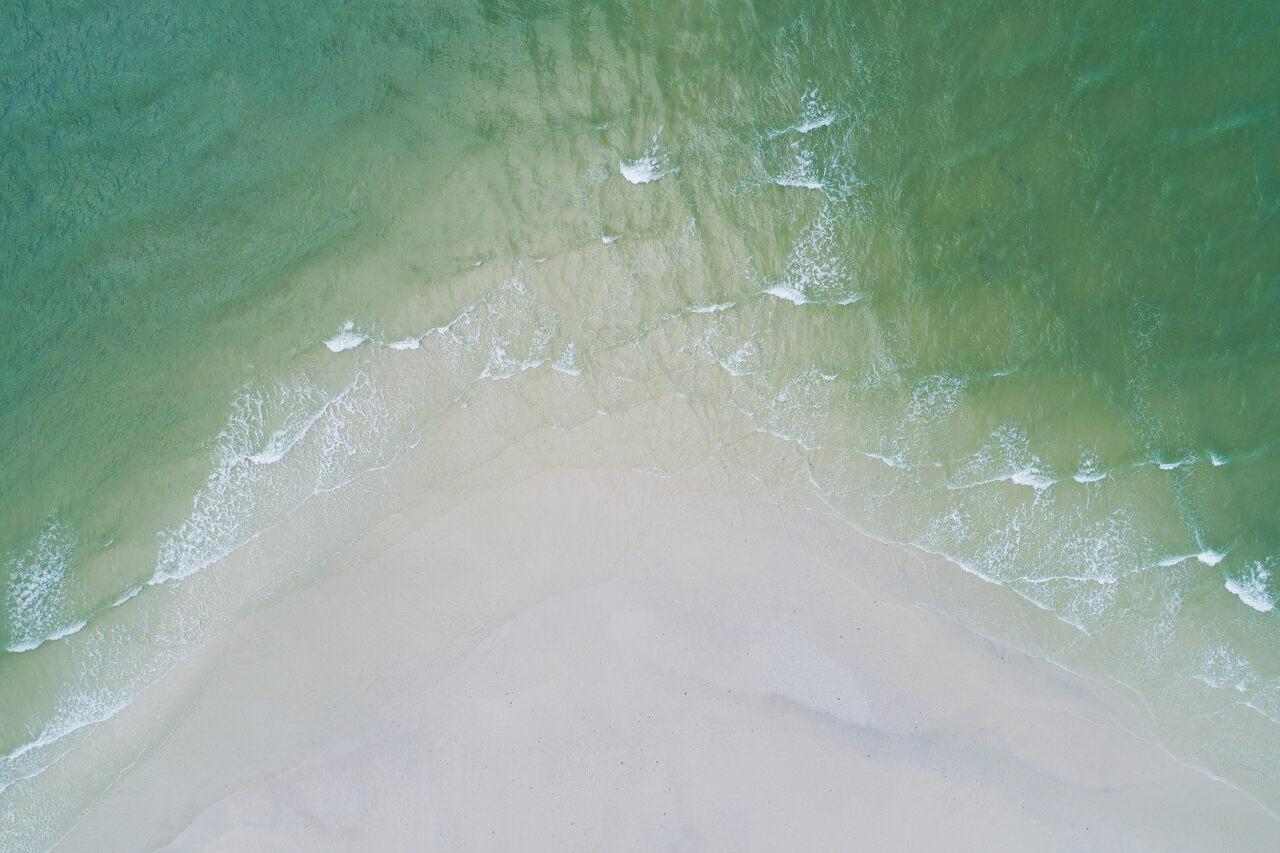 Florida’s “Paradise Coast,” the area that surrounds Naples, Marco Island, and the Everglades, is a landscape of extremes. Beyond neat, palm-lined streets is a vast, wild wonderland dotted with secret beaches, untamed swamplands, and carnivorous creatures (both plant and animal).

This is where the Ten Thousand Islands, a chain of tiny isles stretching over hundreds of square miles along the Gulf Coast, start, offering dozens of hidden beaches accessible only by boat. It’s where candy-colored tropical birds nest and red-eyed alligators lurk, visible from the safety of low-lying airboats that shimmy across the water’s surface. It’s where intrepid hikers can cut swaths across the swamp in search of rare orchids and ancient cypress trees, provided they don’t mind getting a little muddy.

This part of Florida is always changing—you’d be hard-pressed to see the same landscape twice. Beaches appear and disappear with the ebb and flow of the tides. Trails flood and dry with the seasonal rains. Almost otherworldly plants bloom and shrink.

Despite their name, the Ten Thousand Islands number in the hundreds and change from season to season depending on water levels. The labyrinth of small islands and mangrove keys dotting the coast between Cape Romano and Lostman’s River is one of the most alluring parts of Southwest Florida.

The northern part, between Cape Romano and Everglades City, is protected as a National Wildlife Refuge. The southern section is located within Everglades National Park. Occupied by Native Americans for 15,000 years, today almost all of the islands are uninhabited. For the intrepid, primitive overnight camping is allowed on some of the islands’ sandy beaches.

Even if you can’t sleep under the stars, you can spend a day slingshotting across the islands by boat, courtesy of the skilled and environmentally minded crew at Eco Endeavors. Launching out of Marco Island, Eco Endeavors uses high-performance rigid hull boats to navigate to and around secluded beaches and shoals, often passing pods of dolphins, sea turtles, and even the occasional shark.

You can customize a route with a captain, but don’t miss the remains of the retro-futuristic Dome Home off Cape Romano. Built in 1980, the Dome Home was the brainchild of the retired oil businessman Bob Lee, who built eight interlocking, self-sustaining, solar-powered structures on the underdeveloped beach. Lee’s family lived in the domes until 1993, after which an independent buyer’s plans to renovate never materialized. The structure has since remained uninhabited, save for the pelicans who have made it their home. Today, the abandoned domes are accessible only by boat.

Finish off a Ten Thousand Islands boat tour with a visit to a secluded beach, such as Tigertail (so named for its stripe-patterned vegetation, and accessible by boat or by foot, provided you’re up for a wade through a shallow lagoon).

Once you’re back in Marco Island, stop by Otter Mound, a nature preserve featuring the remains of an ancient shell mound created by the Calusa Native Americans generations ago. Calusa artifacts are well-preserved in the giant piles of discarded shells, making the midden an archaeological hotspot. The mound is named after a white settler named Ernest Otter who lived on the shell mound from the 1940s to 1997 and used the shells to build decorative walls and line the terraces on his property. Today, visitors can explore the tropical hardwood hammock and its accompanying wildlife, along with the remains of Otter’s still-standing outhouse.

Day 2: Explore the ‘River of Grass’ on an Airboat

Venture southeast of Naples and you’ll wind up cruising the flat, low-lying US 41, also known as the Tamiami Trail, which links Tampa and Miami by cutting straight across Everglades National Park. Covering 1.5 million acres, the Everglades consist of sawgrass marshes, freshwater ponds, prairies, and forested uplands. Unlike parks such as Yellowstone and Yosemite, which were created by Congress to preserve spectacular scenery, the Everglades were the first national park created to protect a fragile ecosystem, which faced a grave threat from encroaching human activity.

The most ubiquitous form of transportation here is the airboat, a flat-bottomed skiff whose propeller and engine are rigged above the surface of the water. Legend has it that Alexander Graham Bell developed an early prototype of the airboat in Nova Scotia in 1905 called The Ugly Duckling. Airboats are ideal for flying over the surface of swampy environments like the Everglades without harming the delicate ecosystem of the waters below.

There are dozens of airboat tour operators in the area, but only Down South Airboat Tours is run by a sixth-generation Everglades family whose tours take place on land leased from the Miccosukee tribe. With just five boats, all of Down South’s tours are for private groups and come outfitted with two-way communication headsets (as you’d find in helicopters). This allows the knowledgeable captains, most of whom grew up in the Everglades and refer to it as their “backyard,” to narrate while zig-zagging across the grasslands and cypress trees at will, not following any predetermined route.

As you glide across the “River of Grass,” encountering alligators, flocks of exotic birds, and clusters of spider lilies, it’s easy to imagine what life would have been like for the swamp’s early settlers who used to navigate its murky waters in hand-carved pole boats. Clusters of Cypress hammocks—islands that have formed as the tree’s root systems have interlocked—still support Native American burial mounds and the remains of long-retired bootleggers’ camps.

On your way back to Naples and Marco Island, make a pit stop at the Everglades Rod & Gun Club, a striking 19th-century Victorian mansion that the entrepreneur Barron Collier (of Collier County fame) once used as a private club to entertain his wealthy friends. Visitors over the years included Harry Truman, Ernest Hemingway, and Mick Jagger. Today, taxidermied alligators, panthers, and flamingos mingle with wooden payphone booths, antique gas lamps, and chrome jukeboxes. There are a handful of small cottages for overnight stays, but those just passing through can linger on the enormous shaded veranda for dinner or drinks overlooking the Barron River. Take note: Just like the good old days, the Rod & Gun Club is cash only.

On day three, head back toward the Everglades to explore the sprawling Big Cypress National Preserve on foot. At over 700,000 acres, Big Cypress is the wild heart of Southwest Florida, pumping freshwater into the Everglades and Ten Thousand Islands. A mosaic of habitats (including hardwood hammocks, pinelands, prairies, estuaries, and its namesake cypress swamps), Big Cypress is also home to elusive wildlife such as the endangered Florida panther and the rare ghost orchid, along with the Miccosukee and Seminole tribes who continue to inhabit the area.

US 41 from Naples cuts straight across the park, but to get up close and personal with the surroundings, nothing compares to a swamp walk. One such option is the Roberts Lake Trail. Accessible from the Oasis Visitor Center in the middle of the park, the trail transports hikers into the brush of another world, where giant clusters of bromeliad plants dangle from cypress branches, blooming canary yellow and fuchsia during the dry winter months.

In the rainy season (summer), hiking becomes a muddy affair, with much of the trail submerged in waist-deep waters. With a map and a little gumption, you can hike independently, but the local photographer Clyde Butcher (who has been described as “the Ansel Adams of the Everglades”) and his staff offer guided eco-swamp tours for small groups.

After traipsing through the wilderness, relax (and rinse yourself off, if necessary) with a quick trip to Clam Pass Park in Naples, a peaceful beach tucked away through a mangrove tunnel behind the Naples Grande Beach Resort. Explore the tidal pass from which the park takes its name by renting a kayak from the resort’s small tiki hut.

Return to the comforts of civilization at Tin City, a quaint fishing village-turned-shopping area located at the center of Naples’ waterfront. Browse through the area’s antique shops and dine on some fresh seafood after discovering all of the wild wonders Naples has to offer.

Take a moment to appreciate the environs. Next time you visit, Naples’ hidden beaches, swampy trails and otherworldly landscapes may have shifted into landscapes that are entirely new.

How to spend three obscure days exploring Pensacola.
Sponsored by Visit Florida
Want to see fewer ads? Become a Member.
From Around the Web
Related

How to spend three obscure days exploring Pensacola.
Sponsored by Visit Florida
Thanks for sharing!